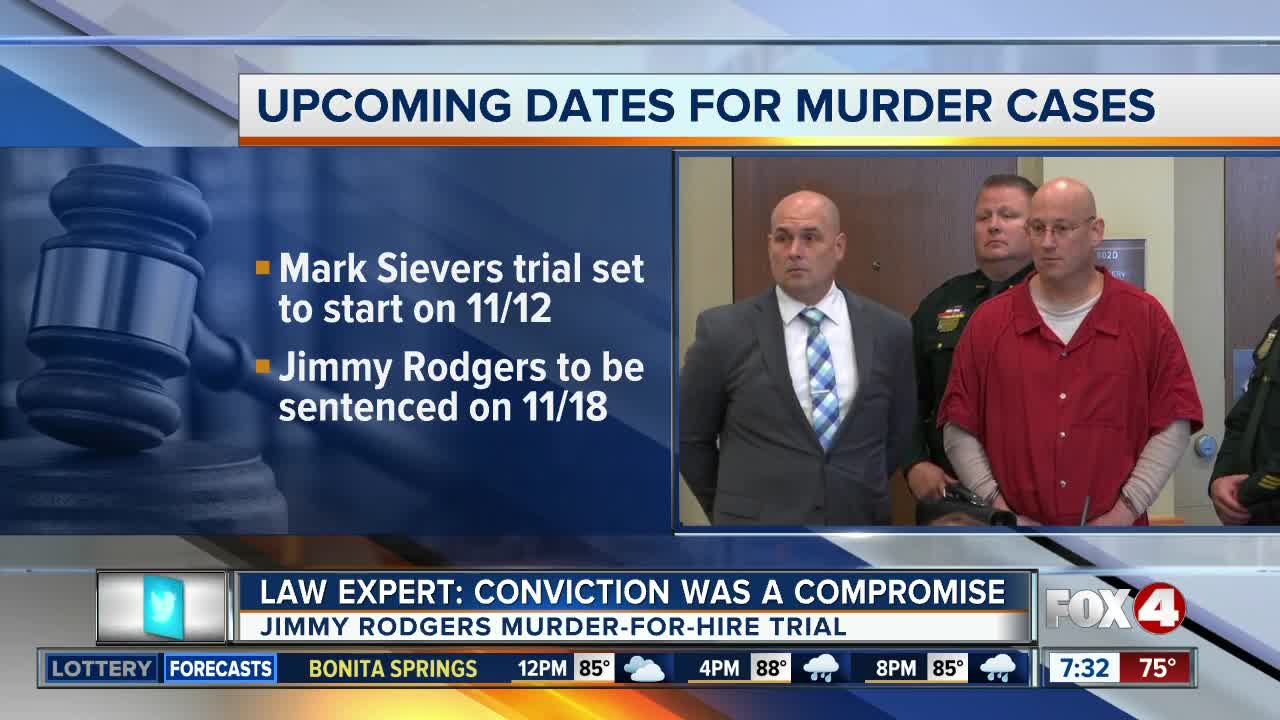 Our law expert says the state's push for a life sentence against Rodgers could have implications for both men.

Jimmy Rodgers is set to be sentenced for his role in the murder less than a week later, on the 18th.

Our law expert says the state's push for a life sentence against Rodgers could have implications for both men.

“They may want to negotiate with Mr. Rodgers for him to testify at Mark Sievers' trial, to substantiate some of the things that Curtis Wayne Wright may have said. I would like to see a little bit more supporting information about what Curtis Wayne Wright said, because the way it was, there was nothing to show that what he said was true,” says Pamela Seay.

Wright was the third alleged co-conspirator in this murder plot. He took a plea deal and testified that Mark Sievers set all of this up, getting him to be the middle man who hired Rodgers for the murder.

Our law expert later added that based on the way the jury decided, they likely disregarded most, if not all, of his testimony, likely for being too unreliable.

Was it a mistake that Jimmy Rodgers did not take the stand in his murder trial?

Wright explains to the jury why he's testifying against Rodgers