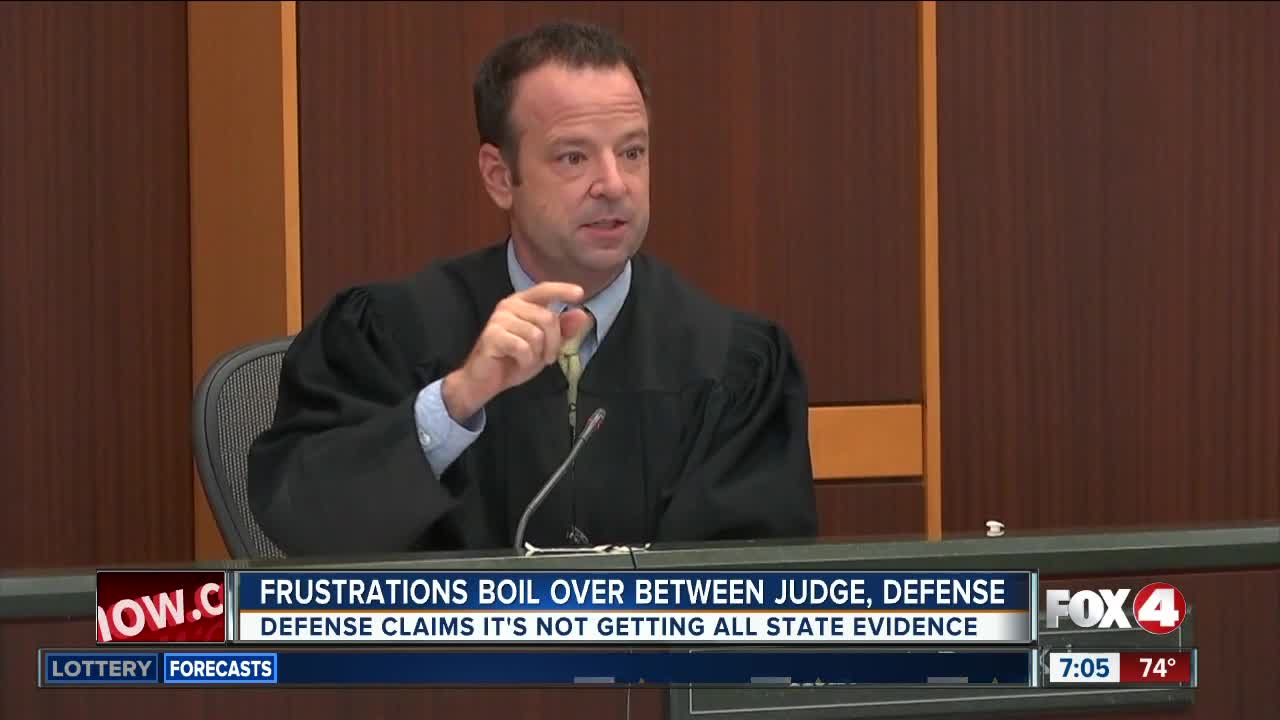 An abrupt end to court on Monday in the murder trial of Jimmy Rodgers could complicate things Tuesday morning.

FORT MYERS, Fla. -- An abrupt end to court on Monday in the murder trial of Jimmy Rodgers could complicate things Tuesday morning.

Prosecutors say Jimmy Rodgers beat Dr. Teresa Sievers to death in 2015 with a hammer. They claim all of this was thought out well before hand and Teresa's husband Mark set all of it up with a friend of his, Curtis Wright, who allegedly hired Rodgers to help.

Mark Sievers will go on trial after this trial is done. That's expected to be sometime next month.

Wright, meanwhile, took a plea deal in exchange for his testimony against both of them.

Now, to those delays. The first happened immediately after lunch, when a juror went to the judge with a concern.

Judge Kyle: “Sir, I was told you had an encounter at lunch?”
Juror: “Yes, me and two of my other jurors went to a local restaurant for lunch, a gentleman sat next to us who I did not recognize, who has not testified, opened up his laptop, and had photos of submitted evidence. I just glanced, asked the gentleman to move, he quickly closed his laptop, and left.”

That juror later added he saw one photo on the man's laptop; one of Jimmy Rodgers wearing a t-shirt.

This could have brought the case to a standstill if the judge felt the jurors could no longer have done their jobs and remain unbiased.

While there are two alternate jurors in case something happens, removing three jurors could have led to a mistrial and a new trial date would have to be set.

But Judge Kyle said he doesn't believe it will be an issue going forward. He also thanked the juror for being honest and reporting it.

After this was resolved, there was another roadblock. There seems to be communication issues between the defense and the prosecution. This really came to a head Monday over evidence the state got from the FBI.

The defense says they haven't gotten all of that evidence. They had asked several times for the trial to be delayed.

And after lunch Monday, Judge Kyle had enough.

“You've put me into a conundrum where you guys haven't asked her if she had it, didn't show her a disk, decided not to depose her because you said you didn't have it. And then I am in the position -- I can't produce these things so we would just wait ad infinitum to have trial,” said Judge Kyle. “The state has said they've turned it over, I don't know what you would expect me to do, because what you're basically saying is we would never go to trial.”

The defense lawyer responded “no, I expected a continuance that I asked for and later went on the record for to give me an additional couple of weeks to be prepared on this.”

This all came up Monday as two FBI witnesses were set to be called to the stand. That didn't happen.

Instead, Judge Kyle ended court for the rest of the day.

We expect to hear from those FBI witnesses Tuesday.