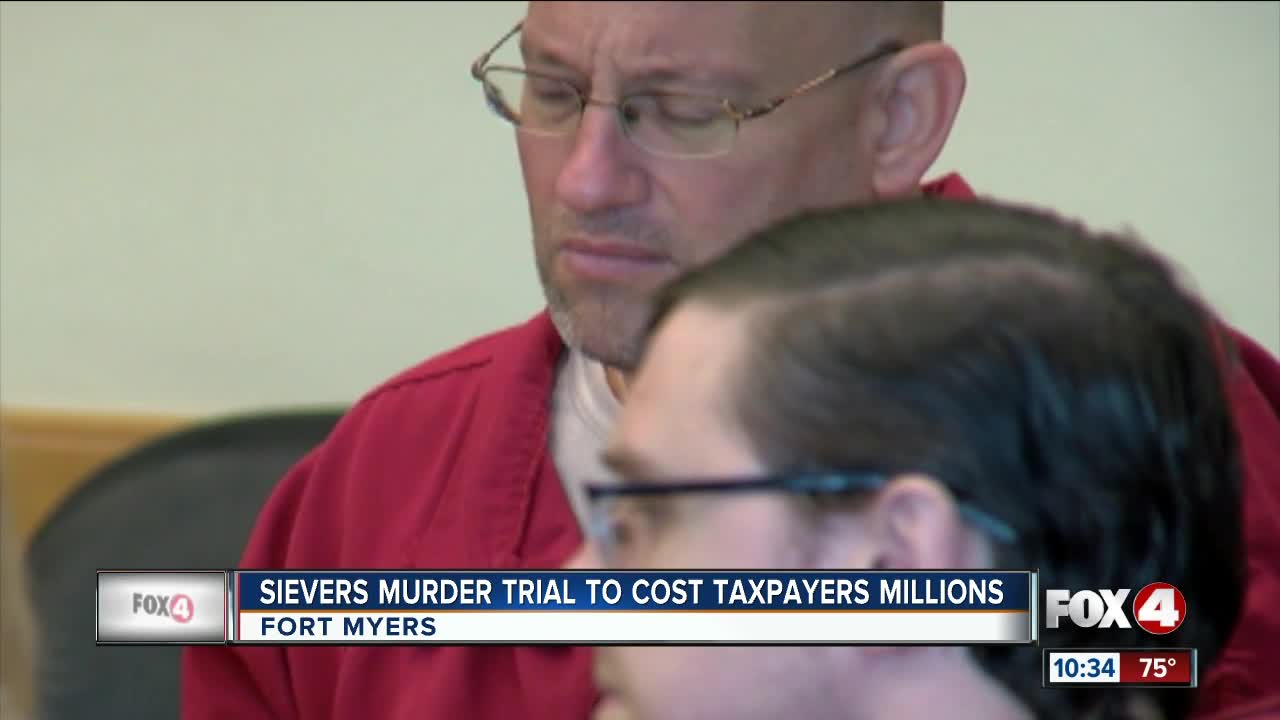 The defense delivered more than 15 motions in front of the Judge Kyle Friday afternoon, in the Theresa Sievers murder case.

FORT MYERS, Fla. -- “I think under the current status of the law, Florida sentencing structure is valid and your motion is denied,” said Lee County Judge Bruce Kyle.

The defense delivered more than 15 motions in front of the Judge Kyle Friday afternoon, in the Theresa Sievers murder case. One of the motions denied was to exempt the death penalty for defendants Mark Sievers and Jimmy Rodgers.

According to a survey on SupremeCourt.gov enforcing the death penalty costs $51 million more than it would cost to punish all first-degree murders with life in prison without parole. This averages out to $24 million dollars per death penalty case.

And Attorney Michael Raheb explains since it’s a state case those millions are coming out of your pocket, “the cost of dispositions, litigations, the jury’s, the state of florida that’s prosecuting it.”

Fox 4 did some digging on the Florida Bar website and found out as of January 2018, Florida has about 390 peple on death row, which equals about $9.36 billion in tax payer money across the state.

“14-15 years I believe is the average from the date of arrest to ultimately all the appeals, you got a person’s life, no matter what you think of the people whether you believe they committed this crime of not, they deserve to be defended properly,” said Raheb.

Jury selection will start on October 1st, the defense expecting 500 potential jurors. The Sievers trial is expected to last four to six weeks.