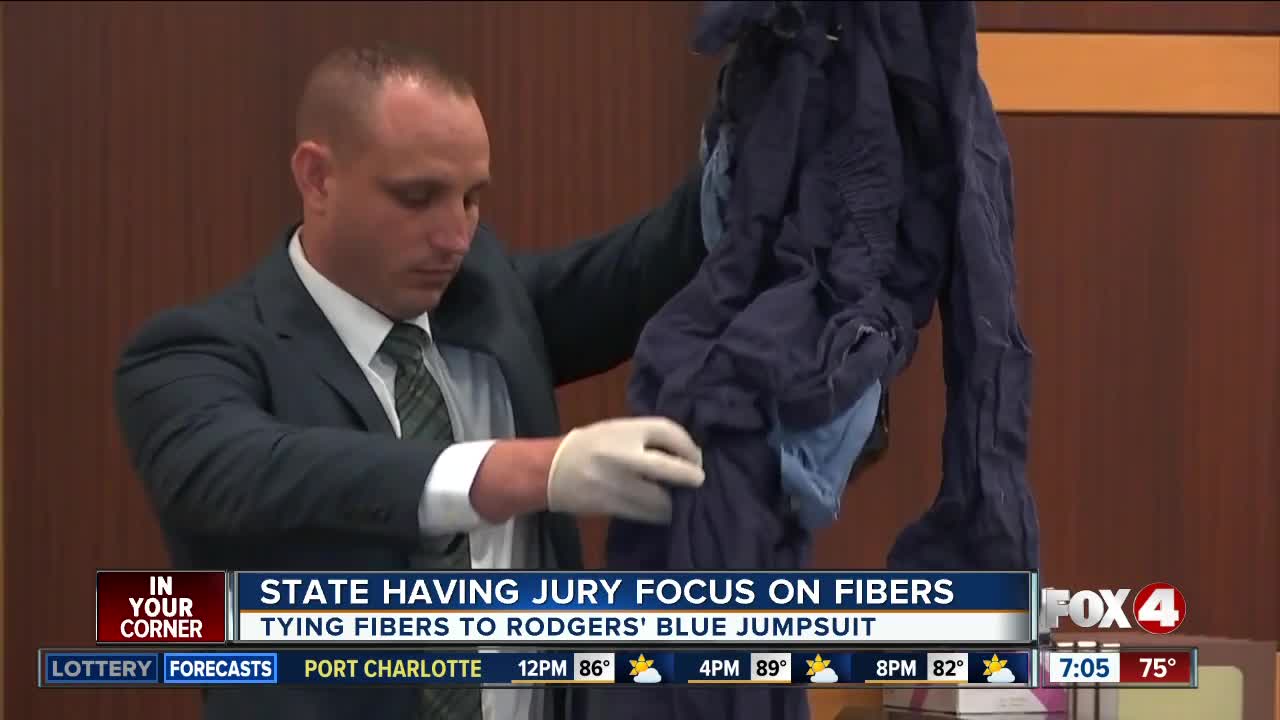 Monday morning marks the start of week three in Jimmy Rodgers' trial for the murder of Teresa Sievers. 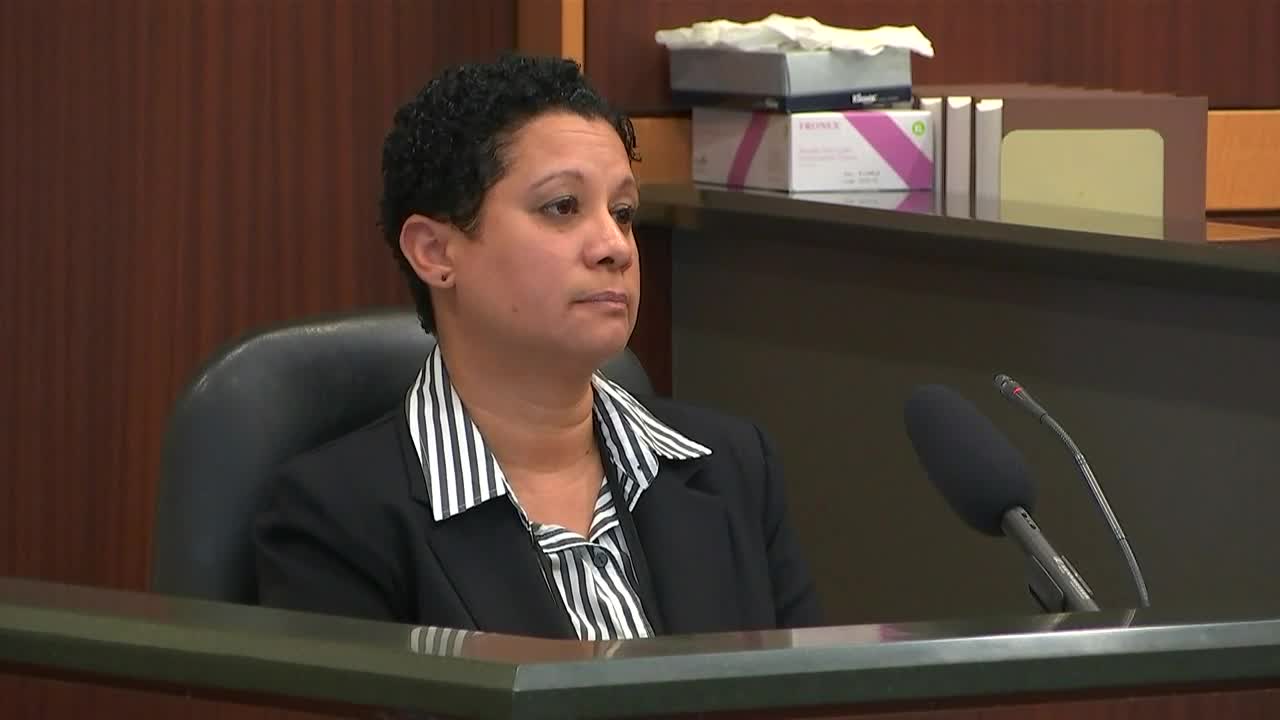 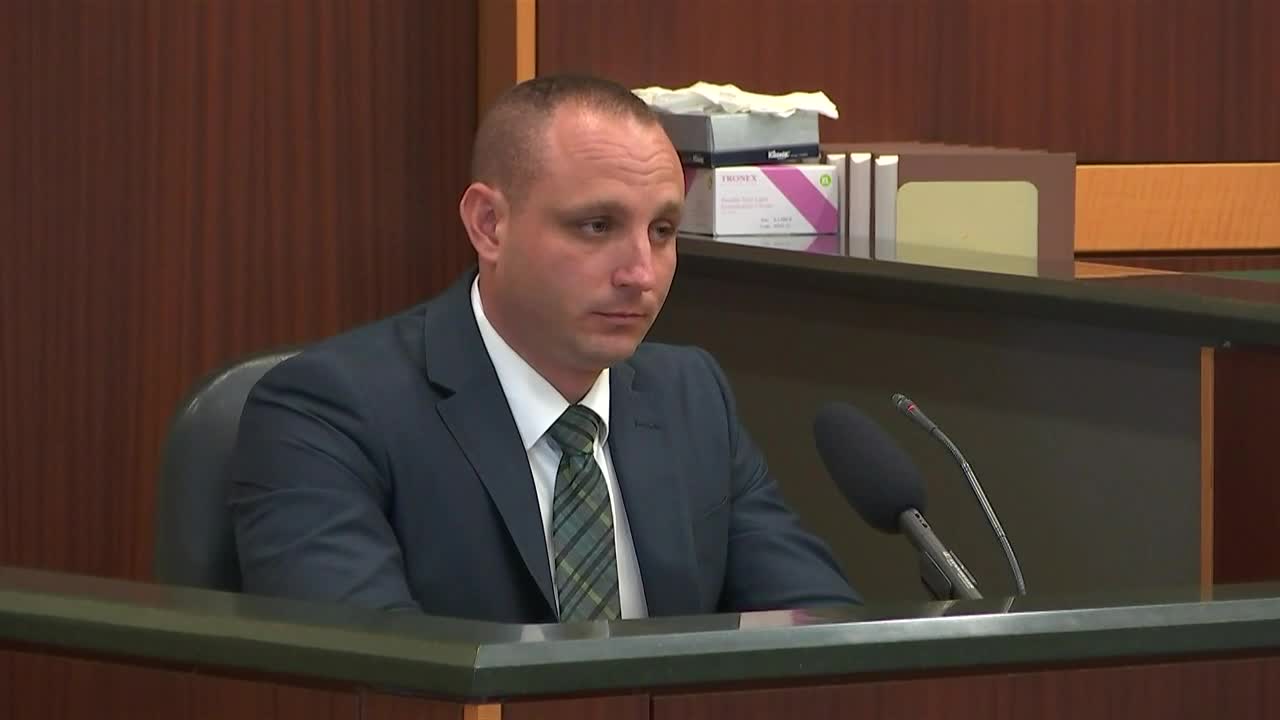 Prosecutors say Rodgers killed Teresa, and they say it was all done at the direction of her husband, Mark. Mark Sievers will go on trial after Rodgers.

On Friday, the prosecution called seven witnesses to the stand, including three detectives and two forensics investigators who collected evidence in the murder.

For most, the main purpose was to walk the jury through the crime scene and the process of collecting evidence.

One of the main pieces of evidence were fibers crime scene techs found on Doctor Sievers body during her autopsy.

In all, the forensic examiner found 13 cards worth of fibers on Dr. Sievers’ body. By itself, that doesn't mean much.

But that's also one reason why the prosecution has so many witnesses taking the stand. They're using each one to tie the evidence together to help the jury get a clear idea of what's going on.

After that forensic investigator, the state called Lieutenant Michael Downs to the stand. He was a detective on this case.

As part of the investigation, he took a trip to Missouri to look into potential leads, which led them to Rodgers, and his girlfriend, Taylor Shomaker.

Lt. Downs said during his testimony that Shomaker led them to an item she says Rodgers threw out in the middle of nowhere.

Cadet is where Jimmy Rodgers and his girlfriend were living at the time.

They haven't tied two and two together just yet, but you can see what the prosecution wants to accomplish; they want to conclusively tie the fibers found on Doctor Sievers to the blue jumpsuit Rodgers threw out on the side of the road.

The defense wants to cast that doubt. Here's part of their cross-examination with the crime scene investigator.

Defense: “Fibers are cloth items that we pick up in our everyday life, is that correct?”
CSI: “Fibers can be, yes, cloth items.”
Defense: “So these would be items that a person might pick up, sitting in a seat on an airplane.
It can be picked up from anywhere. Off a car seat?”
CSI: “Yes.”

Something to point out: the state says Rodgers wore those blue jumpsuits for work to avoid lead contamination. The state is using this information to prove he's an "expert" when it comes to not contaminating a scene.