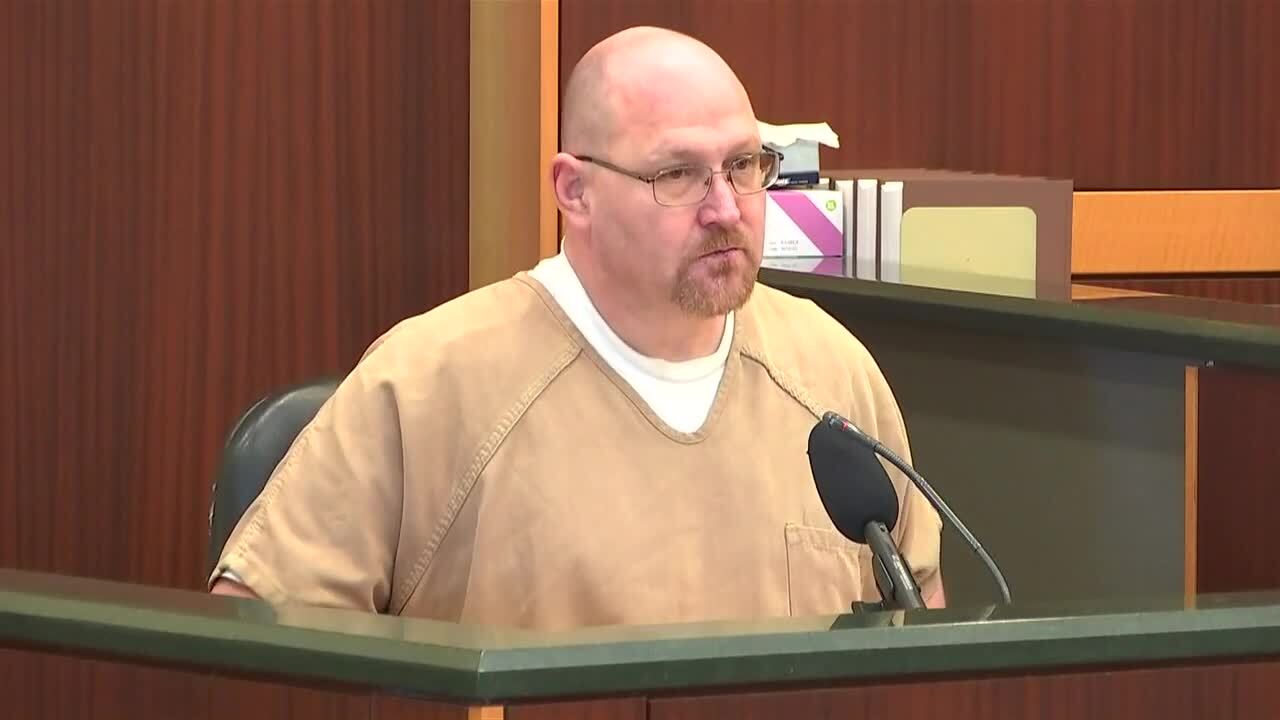 Dr. Coyne is showing jurors photographs taken of Teresa Sievers during the autopsy. He is explaining the injuries.

Teresa's family is not present in the courtroom.

Dr. Coyne says when her body arrived at the examiner's office, her body was in a body bag with a lock.

Dr. Coyne said during the initial observation, multiple injuries to the head were evident.

Thursday, prosecutors questioned him for three hours. Friday the defense is cross-examining him.

When asked what he told Sievers when he initially told him he wanted Teresa to be murdered, Wright responded, "I offered other suggestions. He said the only option was for her to die."

Before committing to the murder, Wright said he struggled with deciding whether he wanted to be involved in the murder.

Wright says although Mark Sievers wanted it to look like a "burglary gone wrong" they didn't take any valuables with them.