Was it a mistake that Jimmy Rodgers did not take the stand in his murder trial? 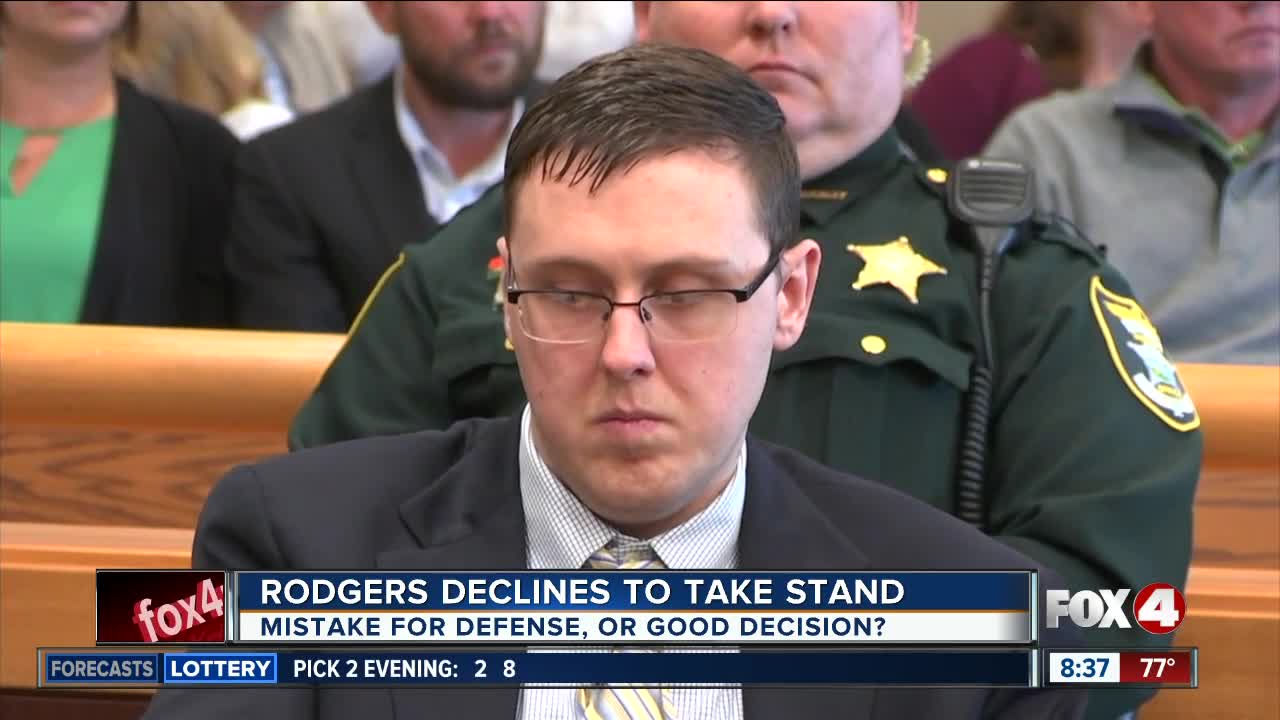 Our experts gave different opinions on whether it was a good idea for Jimmy Rodgers to not take the stand in his murder trial.

FORT MYERS, Fla. -- We know the defense called no witnesses to the stand in the murder trial for Jimmy Rodgers, who is accused of participating in the 2015 murder of Teresa Sievers.

Many are asking, should Jimmy Rodgers have testified in his own trial?

One attorney we spoke with points out why this would have been a good idea.

"The testimony of Curtis Wayne Wright says that he's the one -- puts him there, involved in the crime, actually does the killing. So they need to present some testimony to counter that. And the only way to do that is to put Jimmy Ray Rodgers on the stand. Defense attorneys don't like to do it if they don't have to, because there are a lot of pitfalls, he can actually make things worse," said criminal defense attorney Spencer Cordell.

But another attorney we spoke with agrees more with that last part. It could've made things worse for Rodgers.

"There's too much to be lost by putting him on the stand, Lisa. He's then opened up to cross examination by the state, and the cost is much more than the benefit gained," said attorney Mike Chionopoulos.