Wright explains to the jury why he's testifying against Rodgers 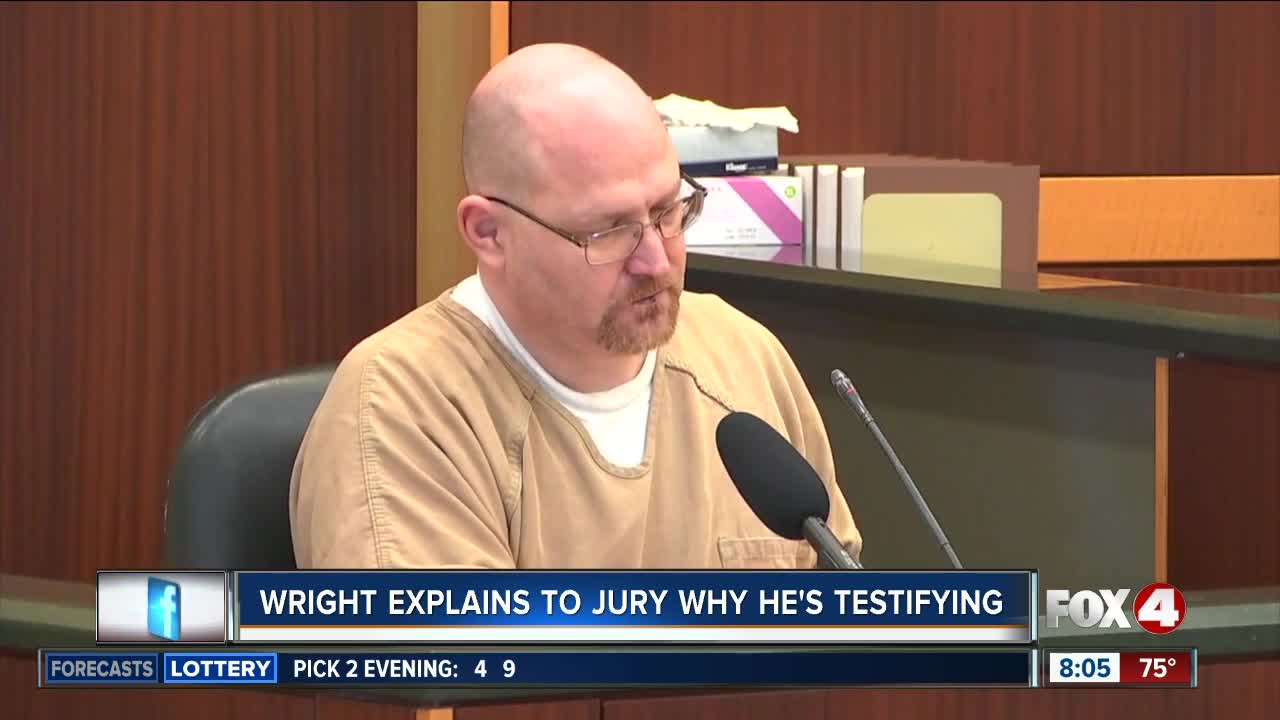 Curtis Wright says his plea deal is contingent on his cooperation with prosecutors in the trials of Jimmy Rodgers and Mark Sievers.

FORT MYERS, Fla. – While Curtis Wright was on the stand Thursday in the Jimmy Rodgers murder trial, he had the chance to explain why he is testifying against his accused accomplice and the man accused of hiring them, Mark Sievers.

Wright took a plea deal in this case, in which he agreed to serve 25 years in prison for the murder of Teresa Sievers. In exchange, he has to testify against both Rodgers and Mark Sievers.

But he won't begin officially serving that time or be guaranteed the deal until after the testimonies are done.

Prosecutors: "Is your sentence contingent upon anything?"
Wright: "Me telling the truth."

Wright says he’s been best friends with Mark Sievers since they met in high school. Sievers is accused of hiring Wright and Rodgers to kill Teresa Sievers in 2015.

Wright is expected to continue his testimony Friday morning.