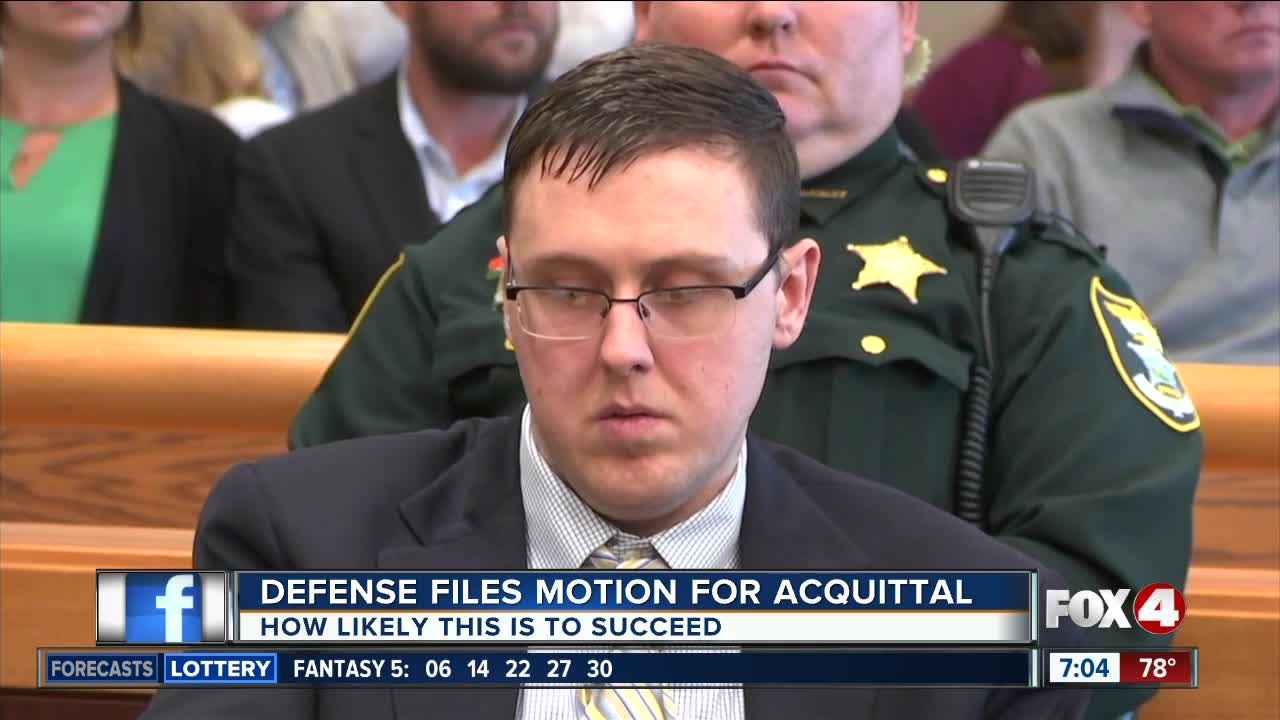 If the defense gets their way, Jimmy Rodgers could be a free man as soon as Monday morning. His team filed a motion for acquittal in this case, saying the state's evidence isn't enough. 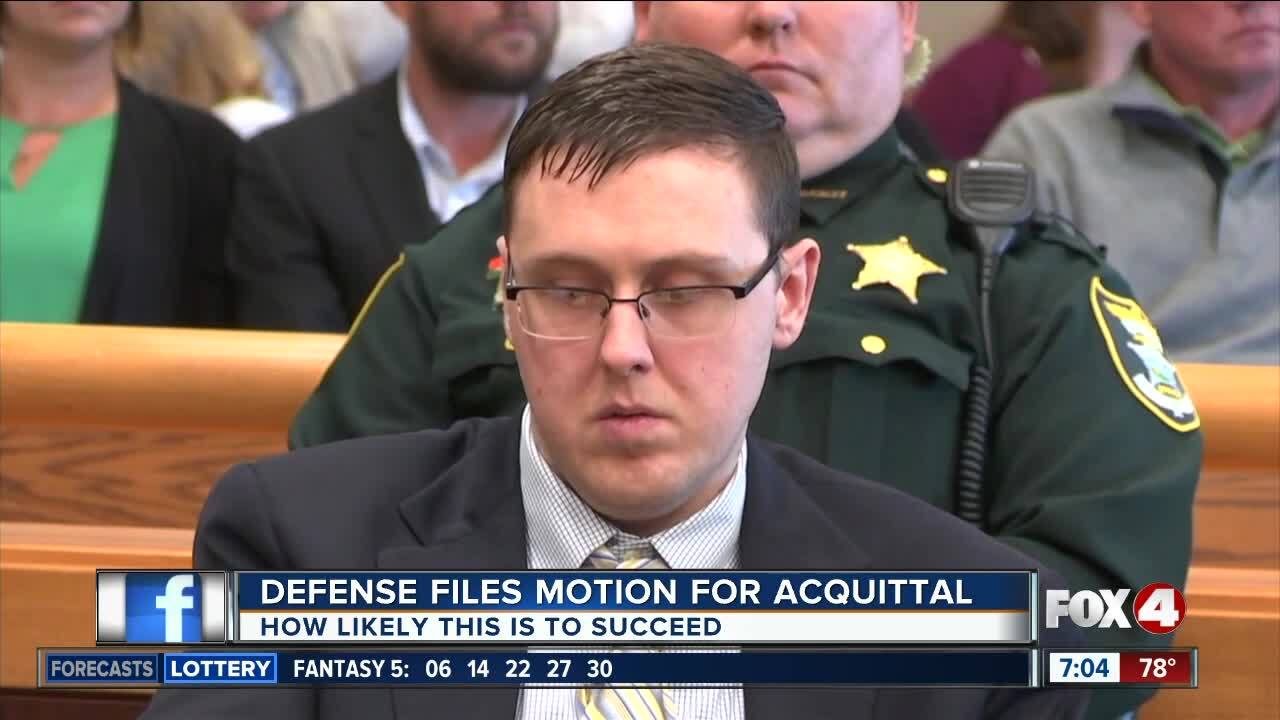 Last week, we saw explosive testimonies as witnesses took the stand, including Curtis Wright, one of the alleged accomplices in this case.

Monday the defense will begin to question their witnesses, and we could see this case wrap up as early as sometime this week.

If the defense gets their way, Jimmy Rodgers could be a free man as soon as Monday morning. His team filed a motion for acquittal in this case, saying the state's evidence isn't enough.

Remember, Jimmy Rodgers is on trial now. He's accused of killing Dr. Sievers in her Bonita Springs home in 2015.

The State says he was part of a conspiracy to kill her. They say Teresa's husband, Mark Sievers, hired his best friend Curtis Wright to murder Teresa. They say Mark wanted Teresa dead because she was going to leave him and take their kids.

The State says Wright then asked his friend Jimmy Rodgers to help him murder Teresa.

As for why Rodgers could go free, it stems from a motion his defense team filed Friday. They say the state doesn't have enough evidence to prove Rodgers did anything.

“Other than the statements of Taylor Shomaker and Curtis Wayne Wright, the evidence introduced by the state is circumstantial and is not inconsistent with the defense's theory of events. There are no fingerprints, there's no DNA, eyewitness testimony, recordings, e-mails, cell phone records, bank statements, etc. that provide substantial, competent evidence that directly connects Jimmy Ray Rodgers with planning or participating in the homicide and/or burglary.”

That defense lawyer added that aside from Curtis Wright's testimony, the state can't definitively place Rodgers at the scene of the crime.

So what exactly does this mean? We asked law professor Pamela Seay. She says it's common in trials like this one for the defense to make this kind of motion for acquittal.

"What the defense has said is there was insufficient evidence. There was no direct evidence. It was all circumstantial, it was all testimony. However, that testimony that was presented was fairly compelling if you believed it. And when it comes to the credibility of a witness, that belongs to the jury to decide, not to the judge."

As for Shomaker, the defense claims detectives got her to say what they wanted her to say.

Shomaker was Rodgers' girlfriend at the time. She says Rodgers admitted to the murder.

The defense also says she's unreliable because the state is paying her to be a witness.

Investigators have denied that first claim on the stand.

As for Shomaker getting paid, we went in-depth on the issue when she took the stand. But in short, it's all part of a nationally-run program for witness assistance and is perfectly legal.

Our law expert believes the defense's motion for acquittal will end up being denied. But, she says she's not sure the state has proven their case, especially when it comes to a motive for Rodgers.

She says based on what we've heard in this trial, Jimmy Rodgers didn't know Mark Seivers well. He didn't know his children or Teresa. So you can't make the same argument like we can for Wright, that he did this for his friend Mark, and the safety of Mark's children.

She says the state hasn't demonstrated a motive here for why Rodgers would murder Teresa. But, she also says they're not required to.

"You have to show that they did it. How they did it. And they were present there. So far, they have shown he was probably present. But there are a lot of questions associated with that and the credibility of that witness that perhaps you might be able to doubt that."

She says while a motive isn't required, it helps explain to a jury why? Why would Jimmy Rodgers do this? It helps tell the full story.

RELATED COVERAGE:
Wright explains to the jury why he's testifying against Rodgers