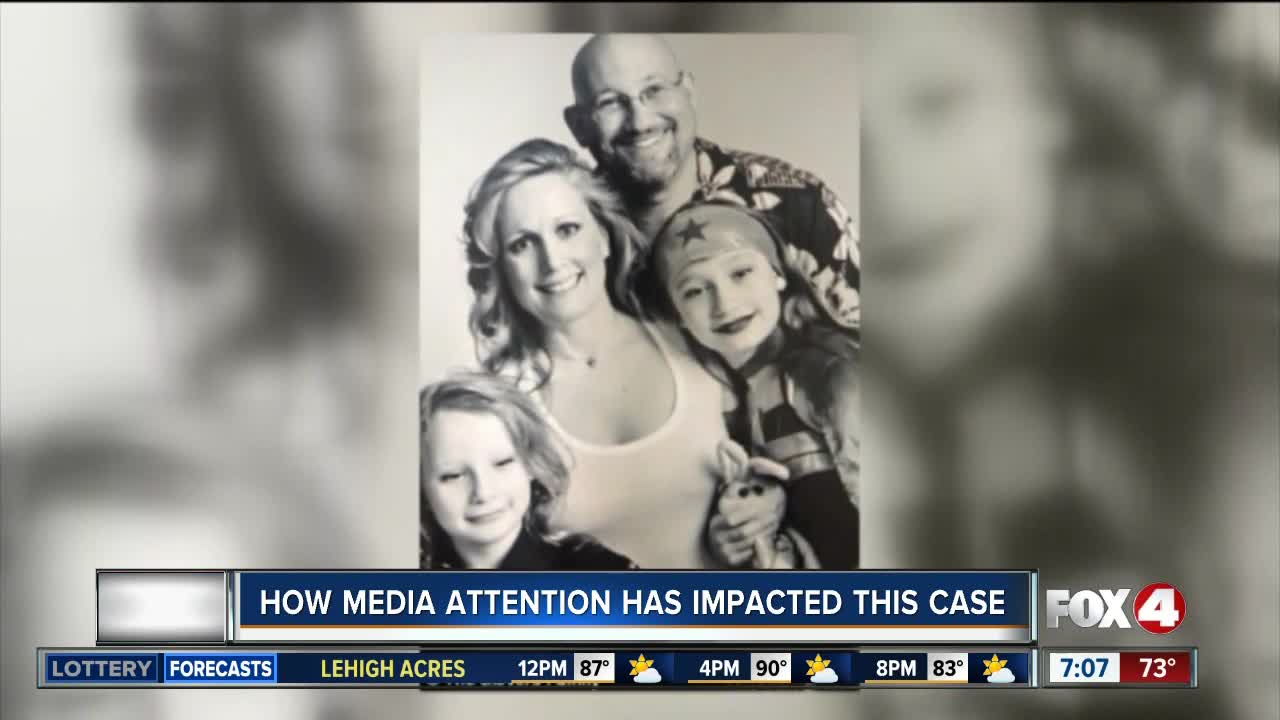 The trial for the murder of Teresa Sievers in 2015 has been a long time coming, and the people involved are not the only ones who have been affected by this case.

FORT MYERS, Fla. – The trial for the murder of Teresa Sievers in 2015 has been a long time coming, and the people involved are not the only ones who have been affected by this case.

Mark and Teresa’s two daughters lost their mother in June 2015, and nearly eight months later their father was arrested. Needless to say, their lives have been forever changed.

In the months after Teresa Sievers’ murder, her husband Mark and their two daughters weren't living in the home in Bonita Springs where she was killed. We were told they were seen multiple times at his stepmom's house in Collier County.

The sheriff at the time would only tell us the girls, who were 8 & 11, were safe.

But at a custody hearing in December of 2015, before Mark was arrested, DCF told the judge they felt the girls were in imminent danger in Mark's custody because of his alleged involvement in the murder.

Because Mark hadn't been arrested at that point, the judge ruled the girls couldn't be taken away under speculation.

A few days later, when the hearing was continued, DCF told the judge Mark had his daughters under strict control. “They don't have a lot of communication with family members, particularly the maternal side of the family. It appears that Mr. Sievers has direct control over who they can speak to.”

When Mark was later arrested on accusations he hired two men to have Teresa killed, the sheriff said the girls were inside their headquarters as their father was escorted to jail.

Fox 4 asked Mark then what he had to say for his daughters. He did not respond.

Once Mark was in jail, “the department at this time is requesting no contact until such time that we can at least get the children into counseling and find out if that's even going to be recommended."

But the judge ruled Mark could have contact with his girls, but only by phone.

The girls initially were with a non-relative caregiver in Collier County before Teresa's mom, Mary Ann Groves, was granted custody.

That was despite Mark wanting his own mom, Bonnie, to have custody.