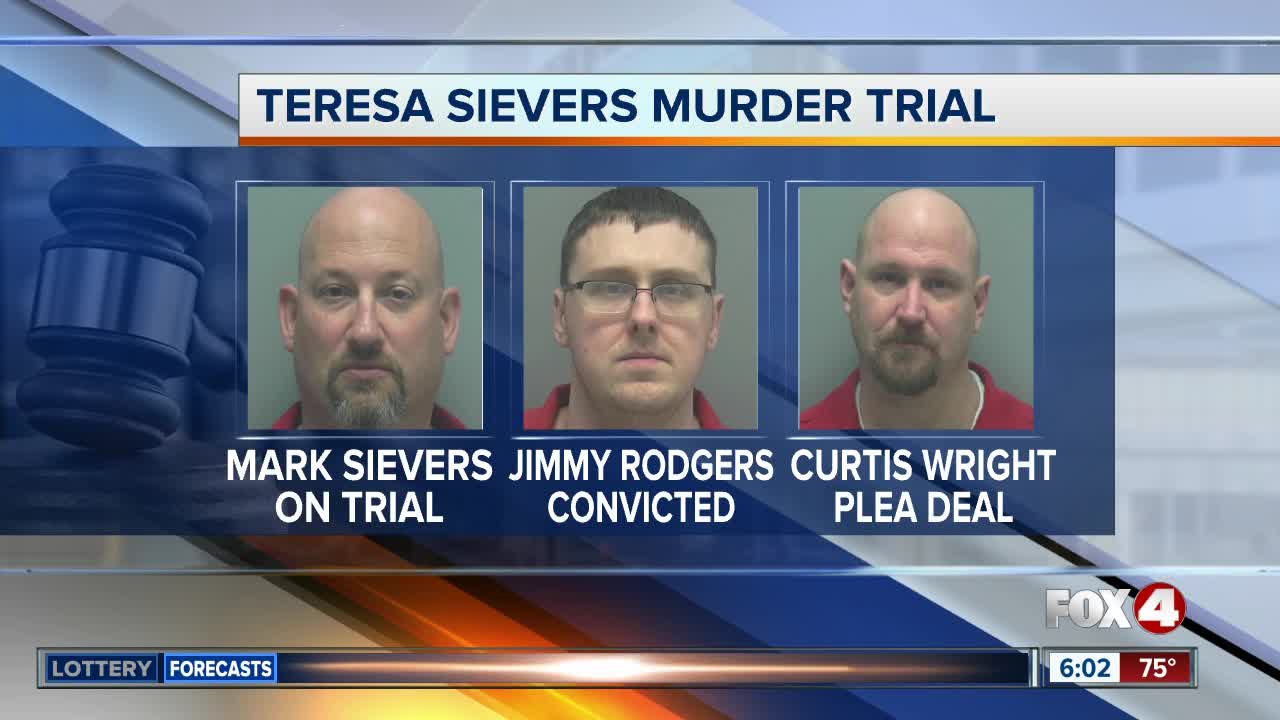 The state's final five witnesses are due to be called to the stand Monday.

FORT MYERS, Fla. -- Monday could turn out to be a big day in the Mark Sievers trial, in which the state is expected to rest their case.

But they still have a few more witnesses to call, and who they call could make a big difference.

We expect five witnesses to take the stand Monday. That's what the state said would happen before the holiday break.

One of the state's key witnesses from the Jimmy Rodgers trial could also make a return appearance.

Rodgers was convicted of second degree murder last month. Wright took a plea deal in the case, and is expected to get 25 years in prison.

One witness we haven't heard from yet in this trial is Rodgers' former girlfriend, Taylor Shomaker. She was a big part of the Jimmy Rodgers trial, helping the state tie Rodgers to Doctor Sievers' murder.

When she last took the stand, she told detectives she witnessed Rodgers trying to destroy evidence. That includes a cell phone, which she says Rodgers broke into pieces.

If the state doesn't call her as a witness, the defense may step in and call her instead. They put her on their witness list at the start of the trial as well.

As for those other four witnesses, if the state's last two days of witnesses are any indication, they will likely be forensic technicians or crime scene investigators.

On Wednesday, jurors got a lot of information about cell phone data. For example, a Lee County Sheriff's Office investigator said cell phone data from Jimmy Rodgers showed Rodgers traveled from where he lived in Missouri to Florida.