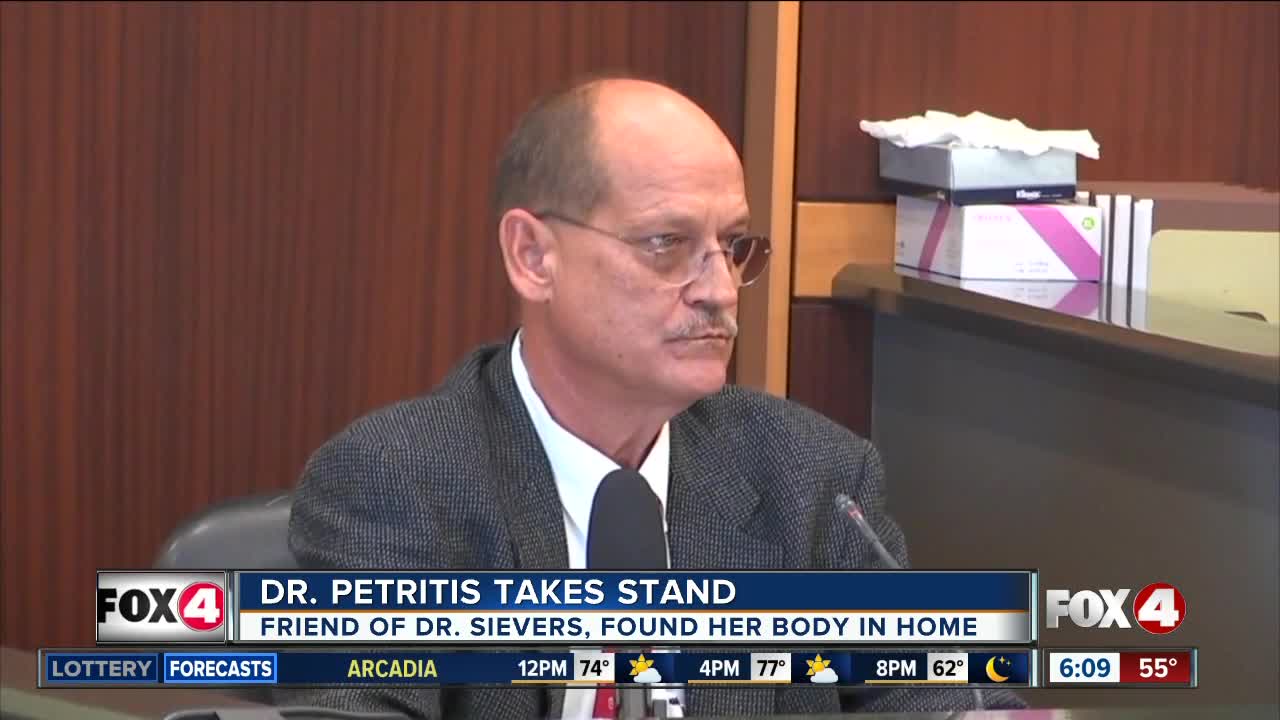 Dr. Mark Petritis says on June 28th, the night before he found Teresa's body, Mark Sievers called him and left him a voicemail asking how he was doing, and if he was okay.

FORT MYERS, Fla. -- The most insightful testimony of the day on Friday in the Mark Sievers murder trial came from one of Teresa's close friends who discovered her body.

Mark Sievers is accused of hiring two men to kill his wife Teresa in their Bonita Springs home in 2015.

Dr. Mark Petritis says on June 28th, the night before he found Teresa's body, Mark Sievers called him and left him a voicemail asking how he was doing, and if he was okay.

Dr. Petritis said this was something Mark had never done before. He says they didn't have that kind of relationship. In fact, in his words, he says it was "very odd," and "very strange."

Then, on the morning of June 29th, he says Mark Sievers left him this voicemail:

“Hey Mark (Dr. Petritis), this is Mark. I called yesterday just to check on you, now I'm calling you today to see if you could check on Teresa. I know it's early, 9:30 in the morning, and you're probably at work and that's okay. Teresa's not at work yet, and the office is calling and texting and we can't get through to Teresa. So I just thought maybe if you were not at work you could possibly swing by the house."

He says when he called Mark, Mark told him Teresa's phone was dead, and no one could reach her.

He says Mark Sievers also told him he knew Teresa was home because he traced her phone. Dr. Petritis says when he asked Mark how he knew this, if her phone was dead, he said Mark responded saying he just knew, and wanted him to go.

Once inside the home, Dr. Petritis discovered Teresa Sievers dead on the kitchen floor.

Dr. Petritis says he knew when Curtis Wright was arrested, he was Mark's best friend. He says when he asked Mark about his arrest, Mark said Curtis Wright didn't do it, that investigators don't have any evidence and are just trying to pick away at his friends.

Dr. Petritis said he found it odd Mark wasn't angry at his friend for being arrested in his wife's murder.