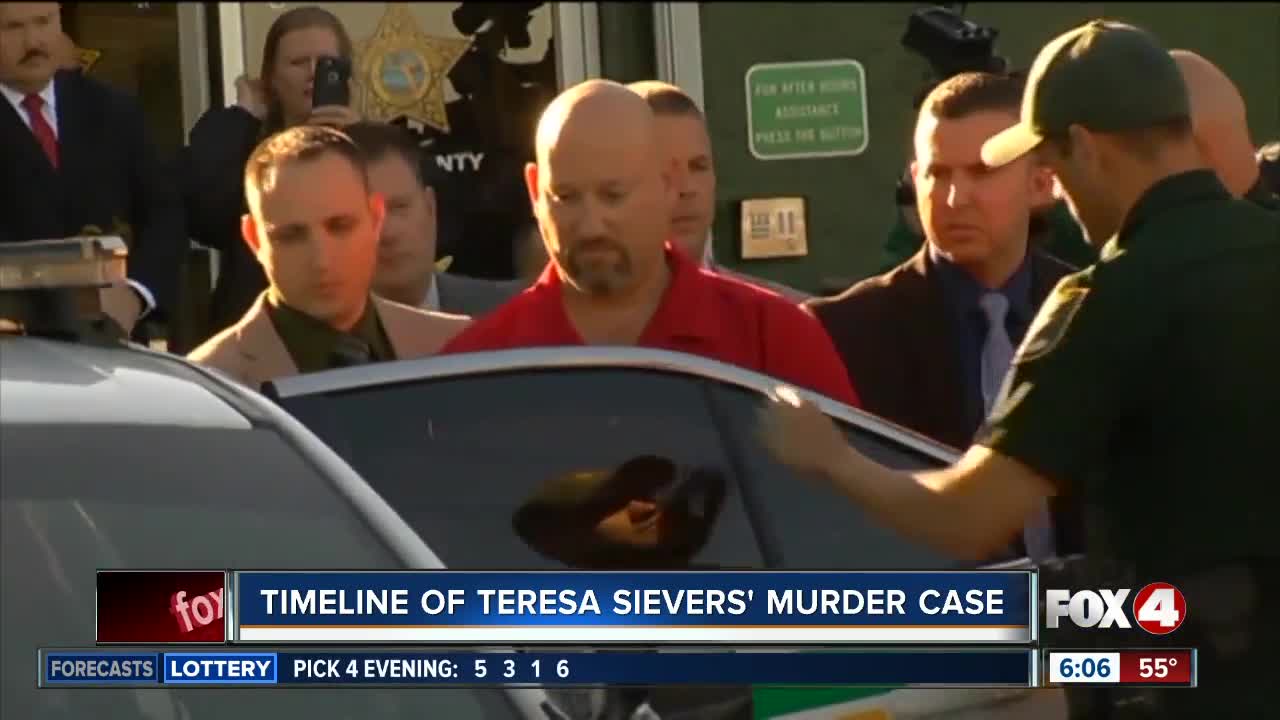 Fox 4 was there when detectives surrounded the home in crime scene tape, combing it for clues.

LEE COUNTY, Fla. -- It's been four years since Dr. Teresa Sievers was murdered inside her Bonita Springs home.

Fox 4 was there when detectives surrounded the home in crime scene tape, combing it for clues.

And since June 2015, when Teresa was murdered, so much has happened to get the case to where we are today. So we put together a timeline to help you remember how we got to having Teresa's husband Mark on trial for first degree murder.

It's a murder that not only rocked Southwest Florida, but also gained national attention.

In June 2015, while the Sievers family was visiting family up north, Teresa Sievers returned home to Florida alone.

On the morning of June 29th, 2015, a family friend found Teresa Sievers dead on her kitchen floor, beaten with a hammer.

The investigation led to the arrest of two men in Missouri: Jimmy Rodgers and Curtis Wright. It would later be revealed that Wright and Mark Sievers were best friends from high school.

In December 2015, the state attorney released documents claiming Mark Sievers hired Rodgers and Wright to kill his wife so he could collect millions of insurance money.

Wright pleaded guilty to second-degree murder and agreed to cooperate with prosecutors.

In 2016, Mark Sievers lost parental custody of his two daughters, who went on to live with their maternal grandmother.

In October 2019, Wright testified in court against Rodgers, who was found guilty of murder for his role in the killing.

Fox 4 will have daily coverage of Mark Sievers’ trial from the courthouse with live streams from inside the courthouse and recaps of the day's events on Fox 4 News at 5 & 6.


Jury selection begins in the murder trial for Mark Sievers