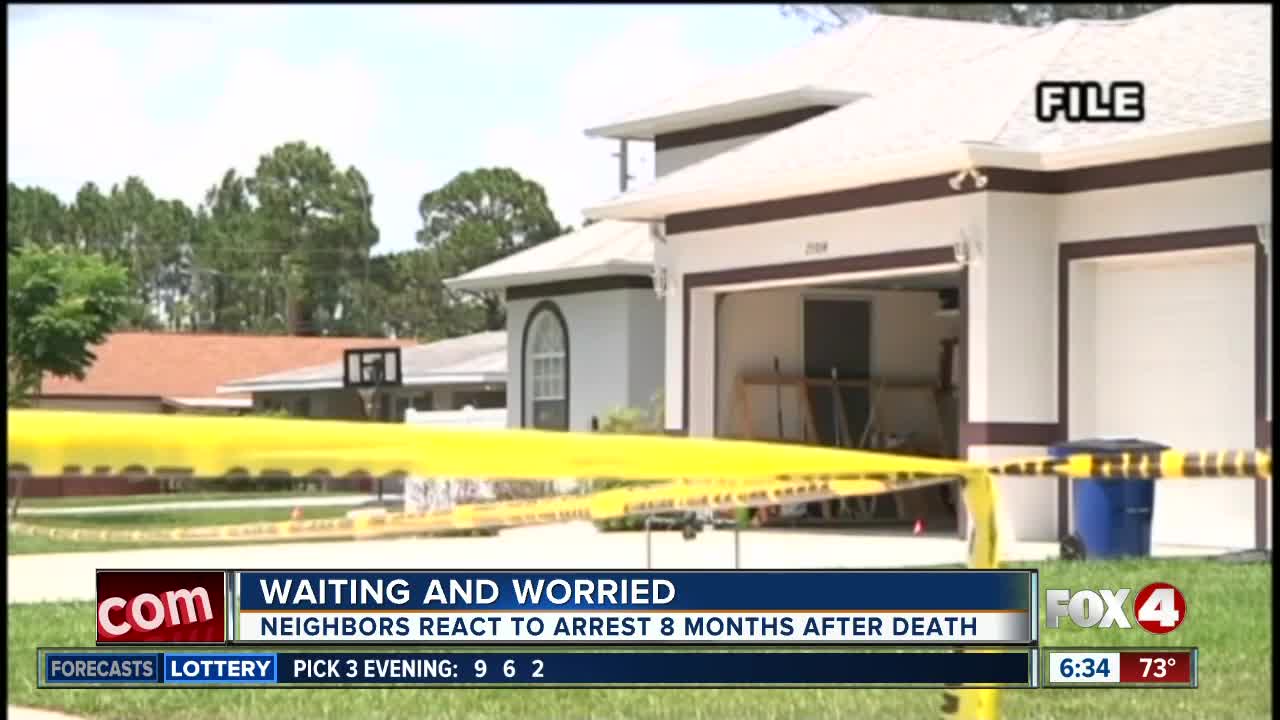 For those months, people living next to the Sievers family anxiously waited, wondering if their neighbor had anything to do with her death.

There were 8 months that passed between the time Teresa Sievers was killed in her Bonita Springs home, and when Mark Sievers was arrested.

For those months, people living next to the Sievers family anxiously waited, wondering if their neighbor had anything to do with her death.

After Teresa Siever's death, neighbors on Jarvis Road said they always thought Mark was the mastermind of the crime.

"Stone-faced is pretty much the word to use for him," said one neighbor.

"He just always gave me that funny, funny feeling," said another neighbor.

MORE: Preview of trial for the murder of Dr. Teresa Sievers in Lee County

His next door neighbors told Fox 4 that Mark was hiding in their backyard when he was arrested by the Lee County Sheriff's Office. "They said he was in the back of my house…yeah, he jumped the fence."

And when they took Mark away in handcuffs, his neighbors told me they were celebrating. “It's a great feeling for everybody in the neighborhood. People were cheering when they put them out."

“I feel like I can come back outside and have my nightly cup of coffee without thinking that he's going to come in the porch like he has done several, several times.”
At this same time, a couple who had an office across the hall from the Sievers' restorative health and healing center in Estero told Fox 4 that they knew Mark and Teresa for 8 years.

Wendy Wilson recalled Mark's behavior days after Teresa's murder. "Here's Mark, just whistling just like he was this happy go lucky guy, and I'm thinking ‘are you kidding me?’ At that point everybody in the building was ducking him thinking you had to have something to do with this."

Then, she says Mark was coming to the office at odd hours, destroying computers, dumping Teresa's belongings from her practice.

She told Fox 4 that he kept weapons at the office and remembered a scary encounter she had with him. "I walked up the back stairs, which we have access to and only the owners have access to. As I opened up the door, there's Mark, two guns pointed right at my face. Are you kidding me?"