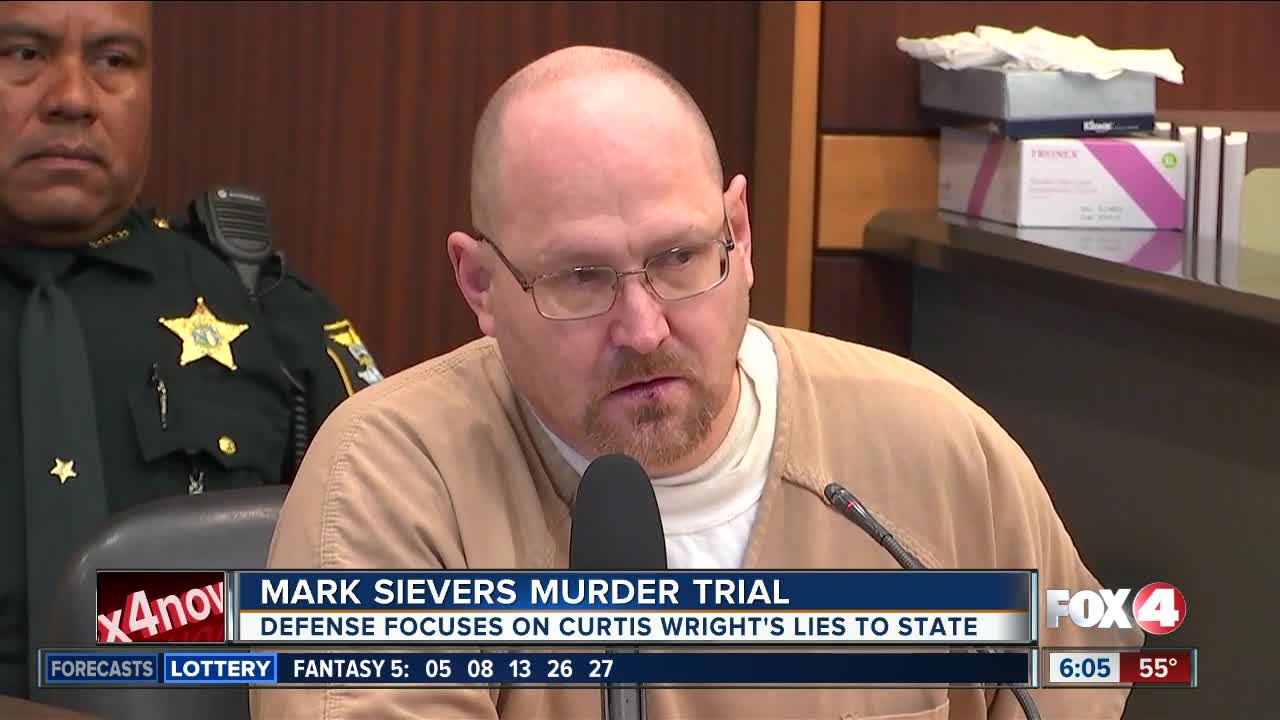 The defense focused on Curtis Wright's lies to investigators in the Mark Sievers murder trial.

FORT MYERS, Fla. -- One of the biggest parts of Friday's testimony came from Curtis Wright. The defense spent hours cross-examining the state's key witness, who's really the only person tying Mark Sievers to the crime.

Mark Sievers is accused of hiring Wright and JImmy Rodgers to kill Teresa Sievers in 2015.

In all, Wright was on the stand for more than two hours Friday. While there, Sievers' defense team walked Wright and the jury through the numerous amount of lies Wright told detectives before reaching a plea deal.

The defense also focused on other lies Curtis Wright told the state, including saying he never stepped foot into the Sievers' home the night of the murder.

All of this, of course, was to try and convince the jury that Wright couldn't be relied on to ever tell the truth.

Through the course of questioning, though, things occasionally got a bit heated between Wright and the defense.

Public defender: “You said that you had previously sent information so that nobody would have complete access to everything. Do you recall saying that?”
Wright: “Yes, but it wasn’t concerning Mark.”
Public defender: “I’m sorry, was there a question in front of you?”
Wright: “There was.”
Prosecutor: “Objection.”
Judge: “Sustained.”