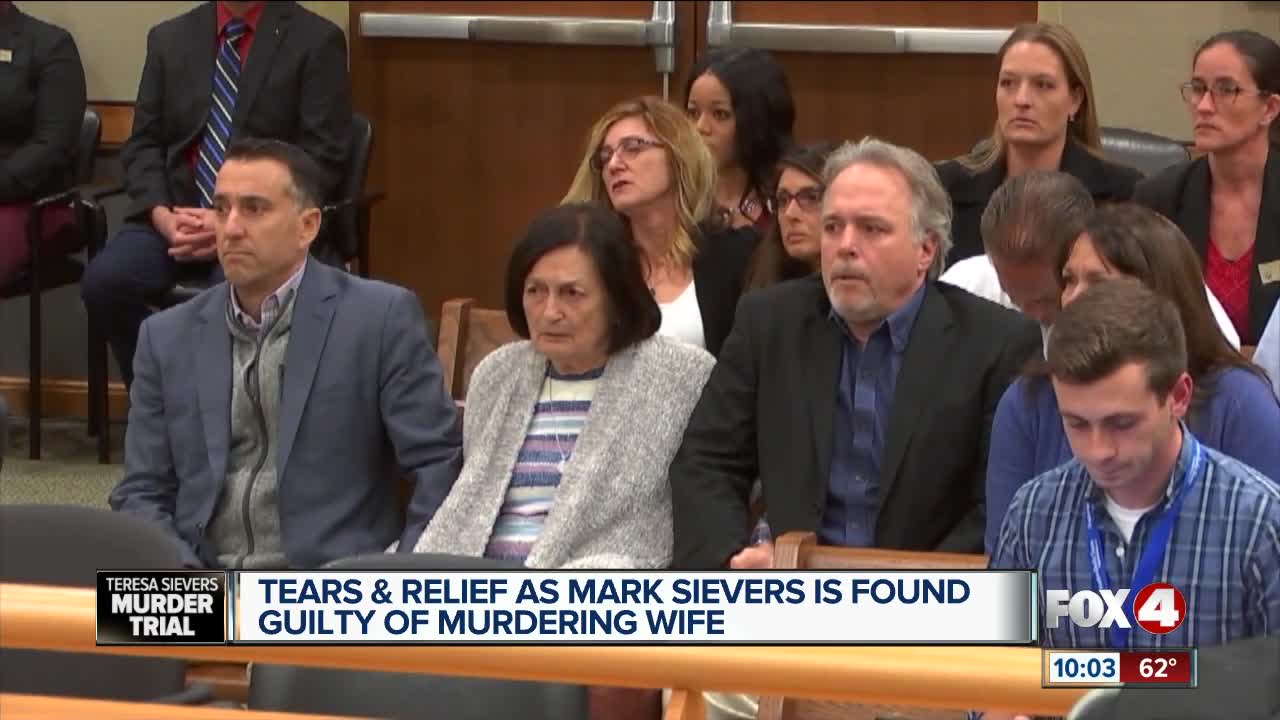 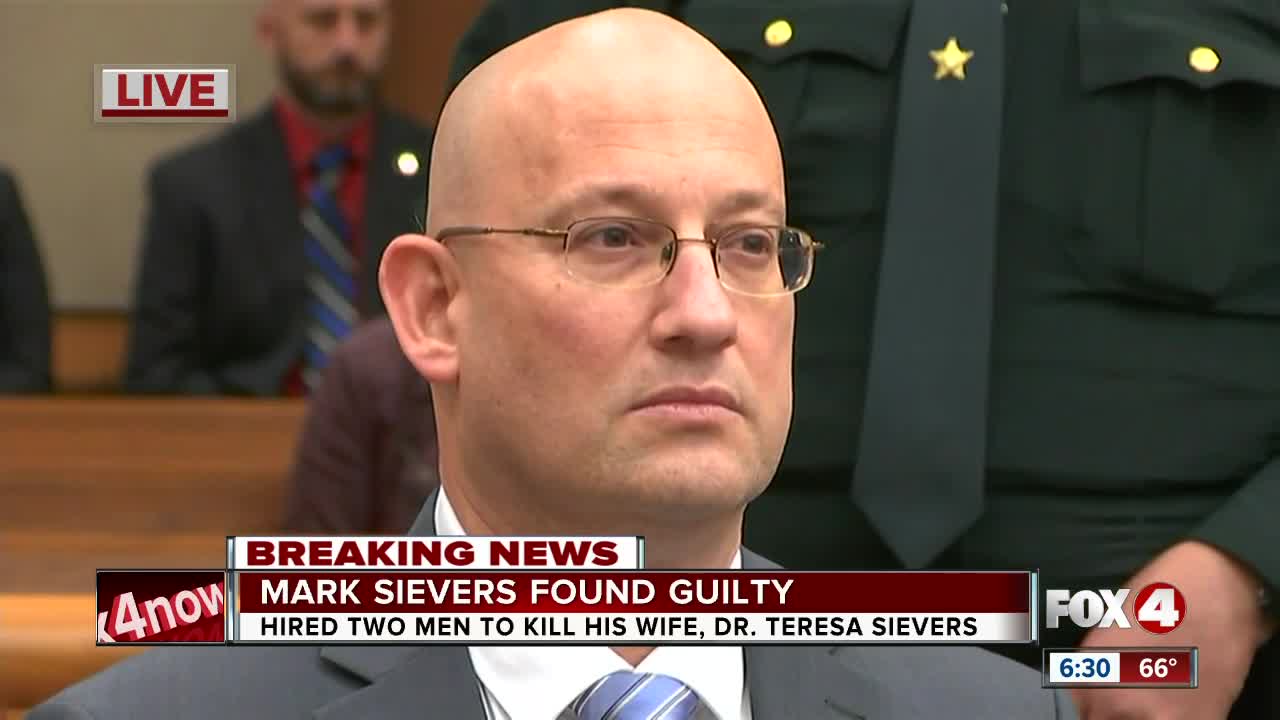 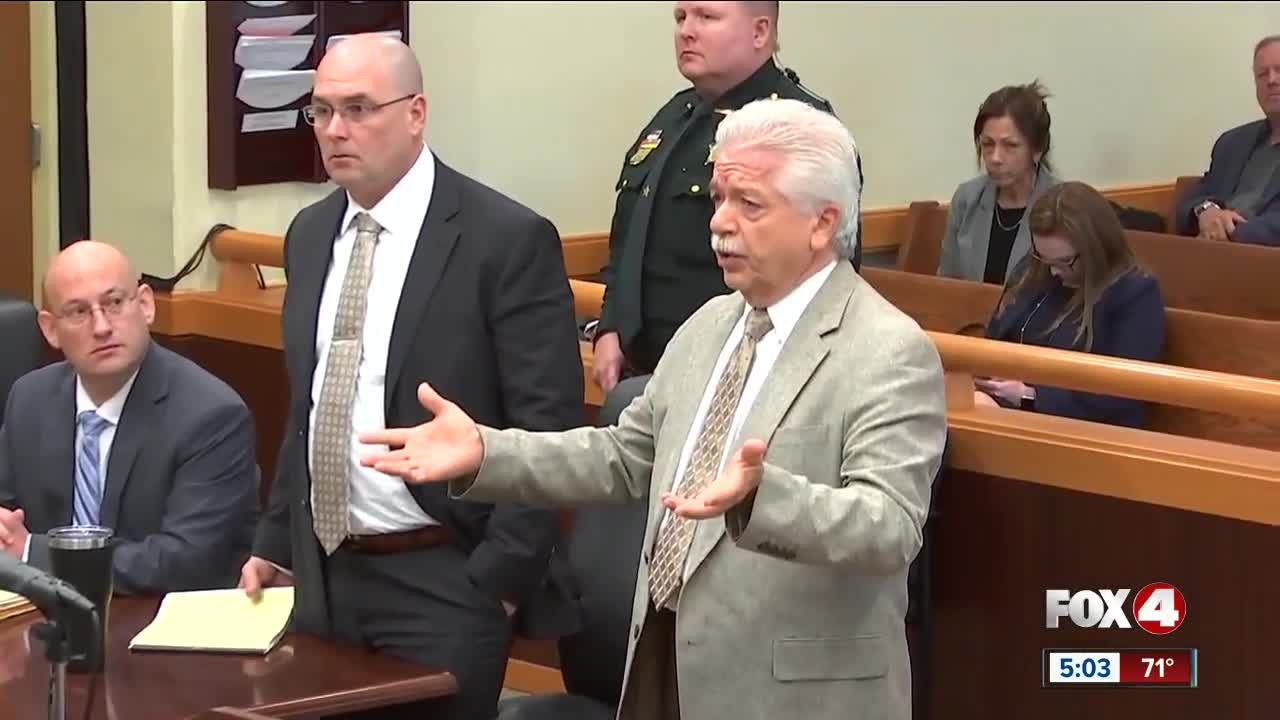 In tears, Teresa Sievers’s family and friends are exchanging hugs and kisses. Very emotional moment for them.

Judge Kyle says the will set a court date for the next phase of the trial.

The jury has been sent to the jury room to begin deliberations.

The two alternates were sent home but remain on standby if this case goes to the penalty phase.

"But for Mark Sievers, Teresa Sievers would have not been found dead on her kitchen floor," said Assist. State Attorney Cynthia Ross.

The state and defense say they will each need a day if this goes to the penalty phase.

Sequestration for the penalty phase is still a possibility.

Mummert is explaining to the jury what they should consider when it comes to witnesses testimonies while deliberating.

Mummert says Rodgers's former girlfriend, Taylor Shoemaker, has received thousands of dollars to help detectives and said detectives threatened her during the investigation.

Hunter is explaining to the jurors that it is their job to listen to the evidence and 'put the pieces together of the puzzle' to decide if the defendant is guilty.

"I'm not going to say we reached the end of our journey because we still have a long way to go," said Hamid Hunter. Hunter says this is just the guilt phase.

Judge Kyle asked Mark if he was opting to defend himself on the stand, reminding him that the decision is solely his. Sievers opted to not testify.

Sievers is accused of hiring two men to kill his wife Teresa Sievers in their Bonita Springs home in 2015.

The court is proceeding with preparations for closing arguments.

Before bringing out the jurors for closing arguments, defense attorney Michael Mummert argued for a motion of judgment of acquittal.