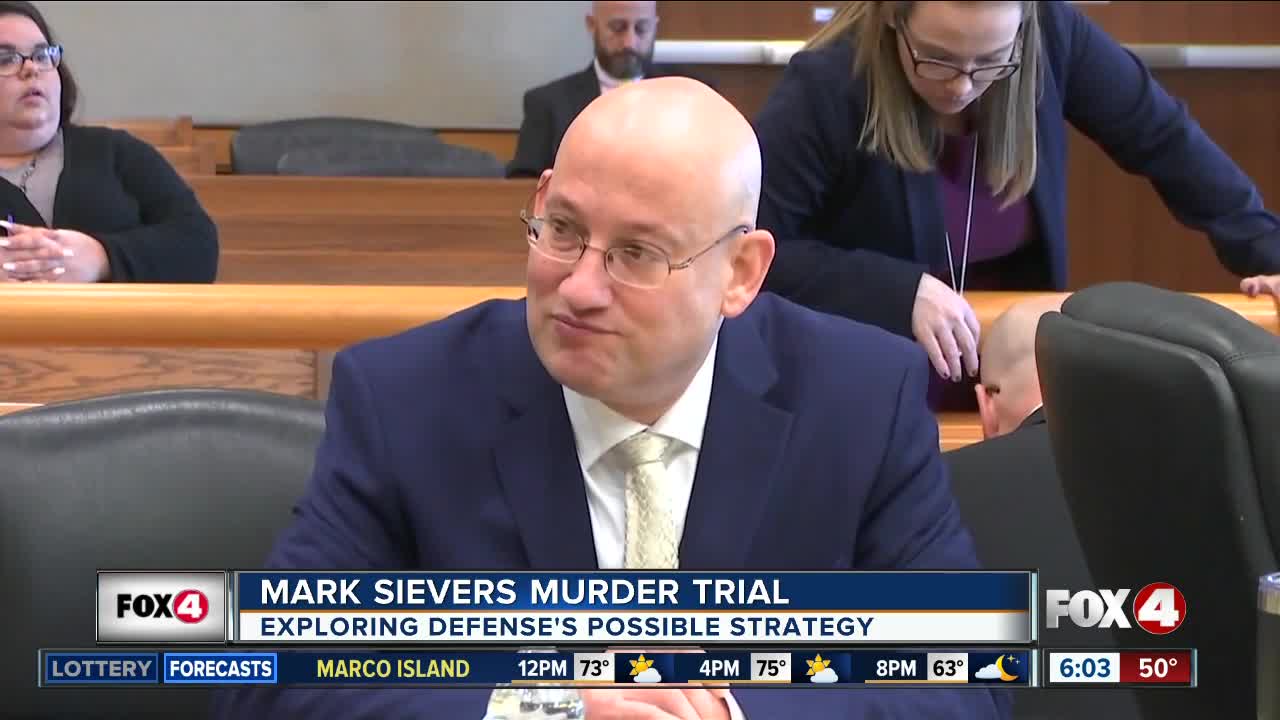 The state rested their case Monday in the Mark Sievers trial, and the defense will begin calling their witnesses on Tuesday.

FORT MYERS, Fla. -- We expect to get a clearer picture Tuesday of the defense strategy the attorneys for Mark Sievers will use in court. And that strategy could lead to the return of a familiar face to the witness stand.

Rodgers was convicted of second degree murder last month. Wright took a plea deal in the case to cooperate with investigators in return for a reduced sentence.

Wright testified against both Rodgers and Mark Sievers. We saw him early on in this trial.

So far, his testimony is the clearest link between Mark Sievers and the murder. But he may not be done in this case. The defense kept their option to recall him as their witness.

Tuesday will be the defense's turn, since the state rested after calling their final witnesses on Monday.

As for the defense's strategy, a lot of what they've focused on so far is the money. It's one of the motives Wright offered for the murder. He claims Mark Sievers wanted to collect on Teresa Sievers' multiple life insurance policies.

It's also one Mark Sievers' defense attorney focused on during opening statements.

“Mark had reciprocal life insurance out on himself, that Teresa was underinsured, according to her profession, and she’s going to give you some testimony about the age and the history of these insurance policies. Ultimately, it is our position that Teresa Sievers was worth more alive than dead,” said defense attorney Michael Mummert.

In those opening statements, that defense attorney also mentioned they would call an expert witness to appraise those insurance policies, to help prove that claim. So that is one of the things we could see play out in the courtroom Tuesday.