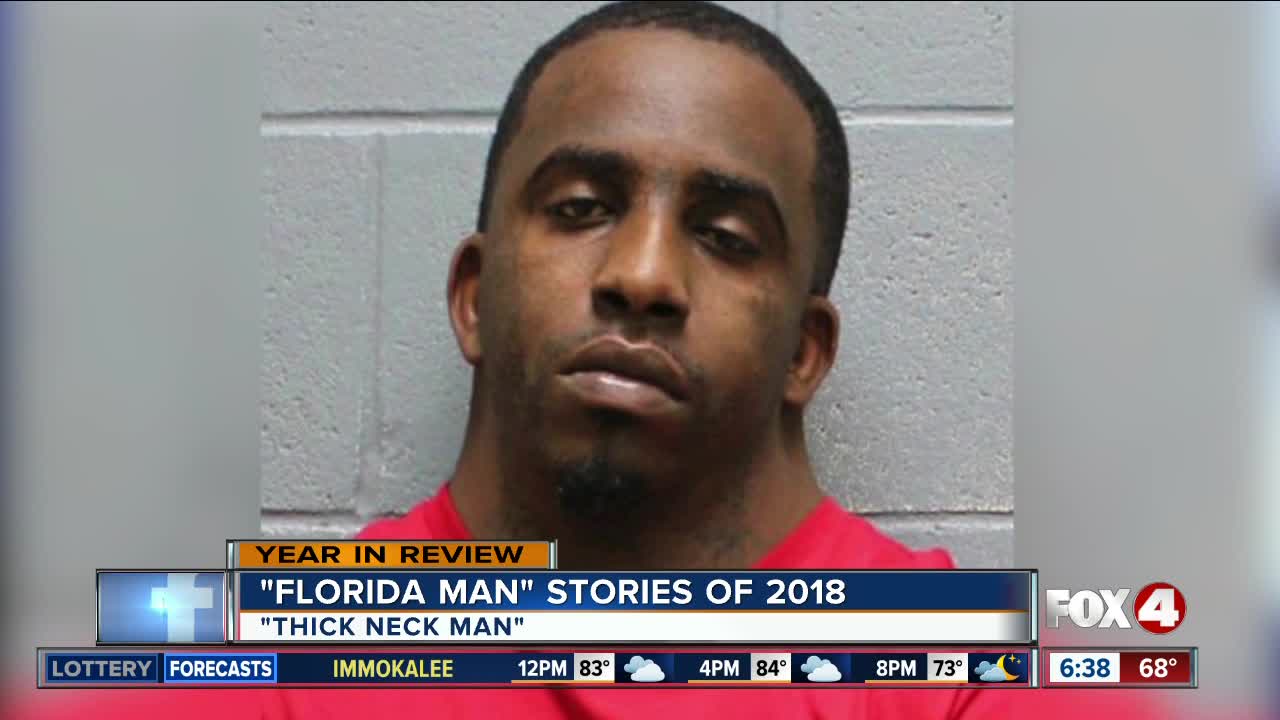 2018 was another banner year for Florida Man, as well as Florida Woman and Florida Critters. Here's a look back at those Florida news stories that had people shaking their heads in 2018. 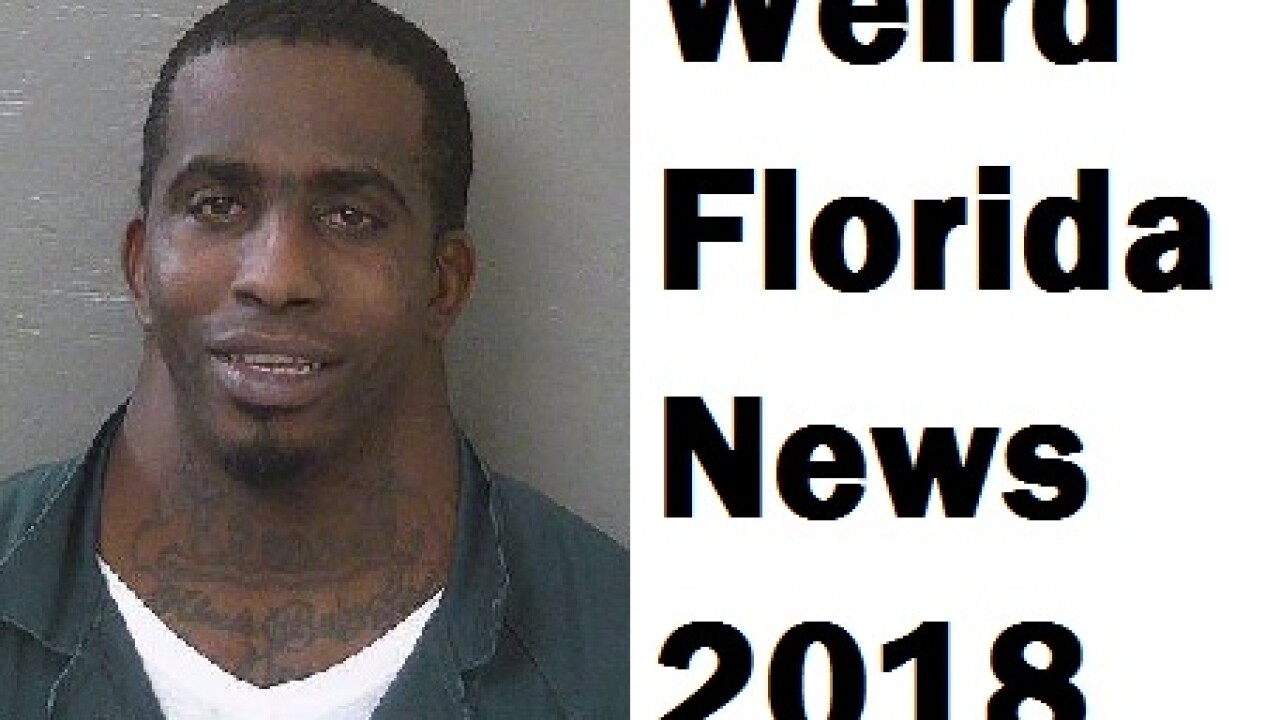 2018 was another banner year for Florida Man, as well as Florida Woman and Florida Critters. Here's a look back at those Florida news stories that had people shaking their heads in 2018.

A man in Polk County got the year started off with typical Florida Man style, calling 911 on New Year's Eve to report himself for driving drunk. He eventually admitted having several drinks and swallowing meth instead of smoking it.

Golfers in Collier County witnessed an epic fight between a python and an alligator.

A 68-year-old Florida Woman was arrested at the Fort Myers airport after drunkenly leaving her rental car running at the curb and explaining that she was "old and pregnant".

A Florida mayor was accused of asking a resident for sex in exchange for getting speed bumps installed in her neighborhood.

Things got awkward in Cape Coral when a lingerie-wearing escort and her "protection" showed up at the wrong house at 3 a.m.

Nudists in Central Florida filed complaints with the post office when a carrier refused to deliver mail in their nudist community. The post office sided with their employee.

Biologists in Naples were amazed to find a python attempting to swallow a deer larger than itself.

A Miami Beach nightclub came under fire for hosting a party featuring an underwear-clad woman riding a white horse through the crowd.

A Florida Woman was arrested for DUI in Cape Coral after crashing her car outside a Publix liquor store and going in to buy more wine.

An Indiana man was arrested at a Florida shell festival for shooting upskirt videos of unsuspecting women. Police say many of the incriminating videos began pointed at the suspect's face before being pointed at the victims.

A Florida Woman says the drugs police found in her purse must have flown in on a windy day.

A Miami high school was accused of animal abuse after allowing a caged tiger at prom.

Residents of Lake Worth were sent an emergency message warning out power outages due to "extreme zombie activity."

A charter captain spotted an alligator swimming off a Lee County beach and then walking up the beach.

A nude Cape Coral man was arrested after dancing and chanting around a fire in his front yard.

It took nearly a year for a Southwest Florida deputy to get fired for "intentionally exposing his scrotum and testicles" at a Punta Gorda bar.

A man in a blood-covered shirt managed to get two children to let him in the house by claiming he was being chased. He eventually climbed out a window and the kids called police.

A worker died near Disney World when he fell into a giant vat of oil.

A Fort Pierce man was arrested after giving his girlfriend a wet Willie.

A suspect fleeing police in Cape Coral surrendered after getting stuck in an algae-filled canal.

Another 12-foot alligator was captured by trappers in Gulf County.

A disc golfer in Clearwater was bitten by an 11-foot alligator while attempting to retrieve a disc from the water.

Police in Daytona Beach watched as a man threw a woman's bike off a bridge, then threw a man who tried to intervene into the water as well.

Beachgoers in the panhandle were shocked to see a rattlesnake swim out of the surf onto the beach.

A Jacksonville convenience store owner was tired of customers warming up samples of urine in his microwave.

Nobody was shocked when the man accused of sending bombs to liberals in the mail was a conspiracy theory-loving white supremacist from South Florida.

Two North Port moms got in a fight at a school bus stop, leading one mom to use a shard of mug to slash the other.

A Marion County man was arrested for having sex with a miniature horse on multiple occasions.

Two skinny dippers on Sanibel were arrested after witnesses said they were having sex in broad daylight.

A North Port SWAT deputy was placed under investigation after leaving his vehicle unlocked with a sniper rifle and other equipment inside. Of course they were stolen.

A Port St. Lucie man tried to use a bag of marijuana to buy food at McDonald's.