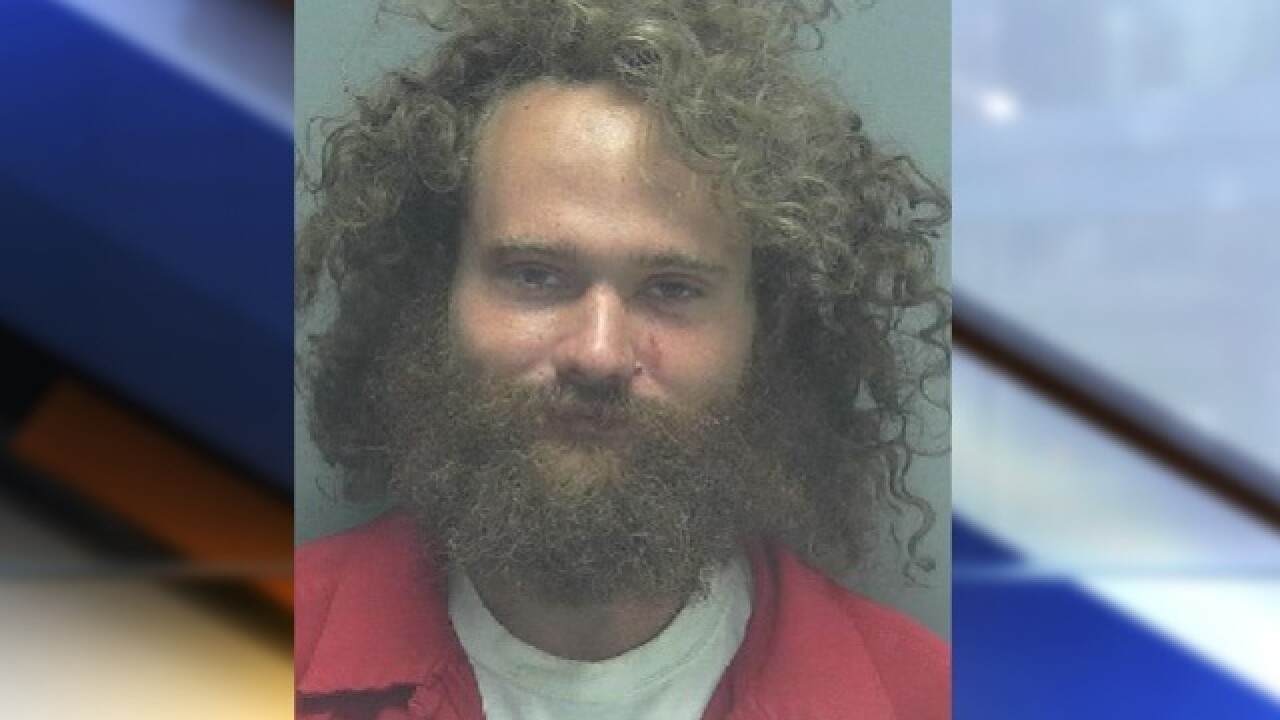 Copyright 2018 Scripps Media, Inc. All rights reserved. This material may not be published, broadcast, rewritten, or redistributed.
<p>John Hennessey</p> 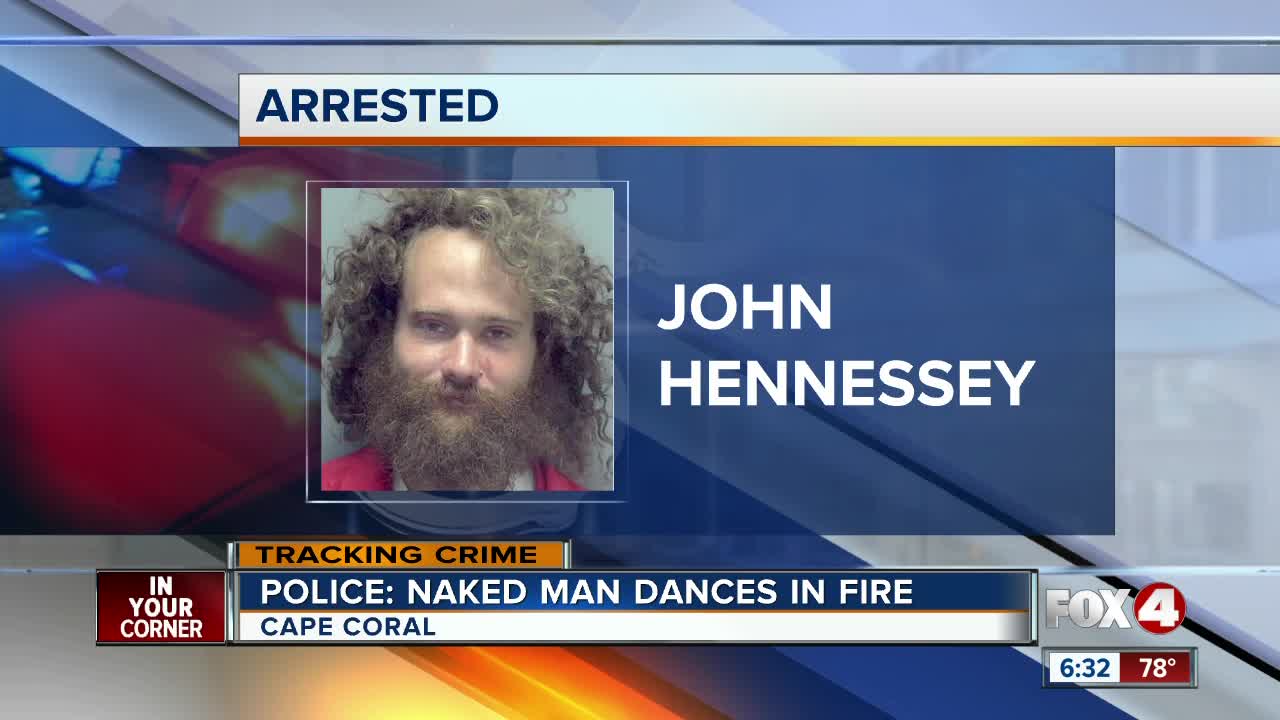 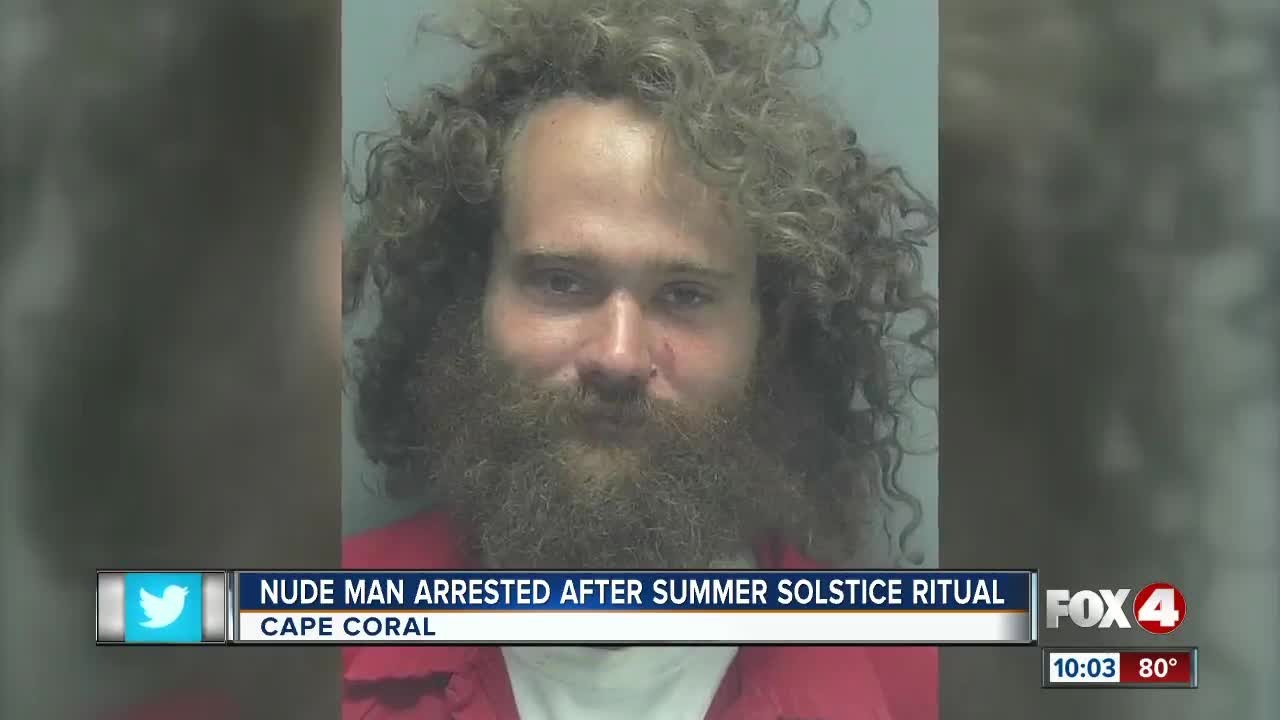 CAPE CORAL, Fla. -- Police arrested a nude Cape Coral man Friday morning after they say he burned himself while dancing around a fire, and then threatened officers.

According to Cape Coral Police, around 1:30 a.m. Friday, officers responded to the 1300 block of NE Pine Island Lane after reports of a disturbance.

That's where police say Hennessey was found in a front yard, completely naked while dancing around a fire and chanting while holding a knife.  At one point he was actually standing in the fire.

"He was burning everything and I didn't realize he was naked until the cops got here," Heather Hennessey said.

Officers say Hennessey then dropped the knife but picked up a large wooden stick and began swinging it at the officers.

Hennessey was tased and placed in handcuffs while continuing to chant in an unknown language.

"He was screaming nonsense he always screams. It was in another language and I didn't know what he was saying," his sister said.

It was later learned that Hennessey had possibly consumed psychedelic mushrooms.

His mother and sister told 4 In Your Corner Hennessey's behavior has been erratic since his return from rehab.

They hope his case helps draw attention to helping those with mental illness. "I love him and I wish he'd get help. He needs to realize he needs medication. He needs something," Hennessey said.