Two arrested in theft of SWAT weapons from unlocked vehicle 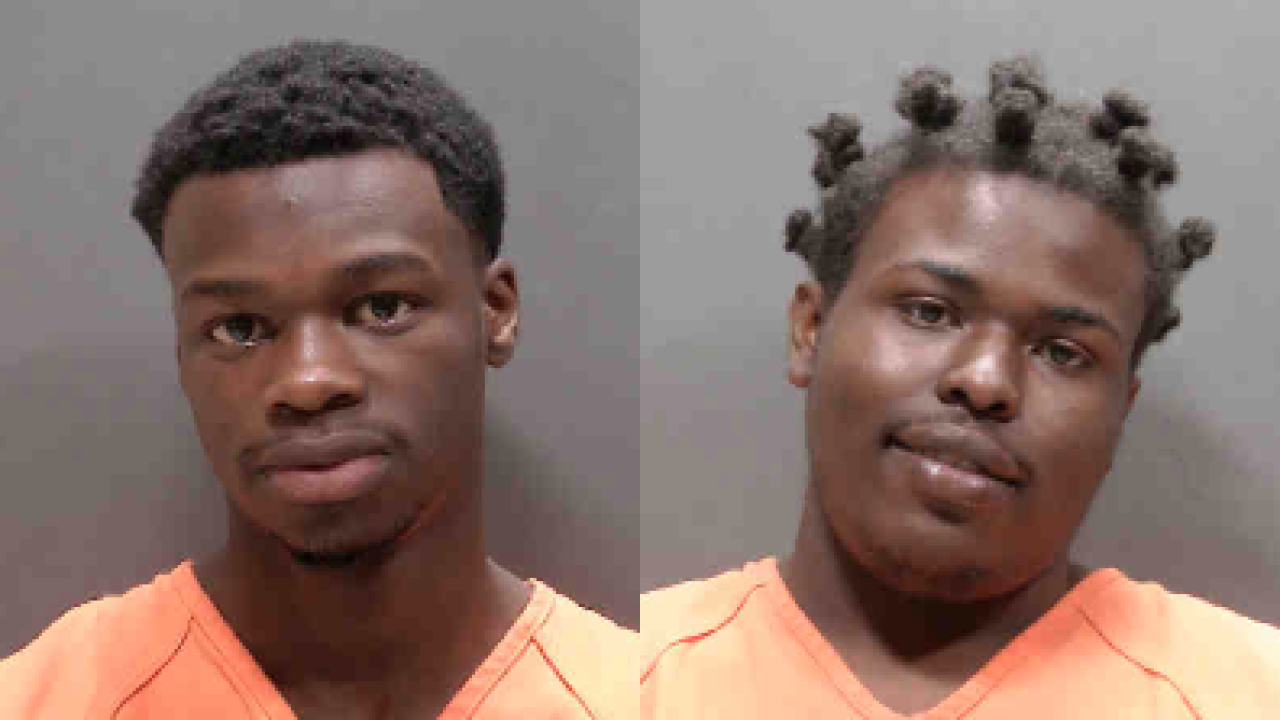 NORTH PORT, Fla. -- The Sarasota County Sheriff’s Office has arrested two North Port 18-year-olds in connection with the burglary of a detective’s unmarked vehicle in which several pieces of equipment and two weapons were stolen.

According to the sheriff's office, a veteran sheriff’s office detective from the SWAT team left his vehicle unlocked overnight earlier this week, at which time suspects entered his vehicle and stole two firearms including a 9MM Sig Sauer duty weapon and Accuracy International AT 308 sniper rifle.

Both criminal and internal affairs investigations were launched.

In less than two hours, the sheriff’s office was contacted through social media with a significant investigative lead related to the location of the rifle.

Through investigative means, detectives learned 18-year-old David Byrd was attempting to sell the rifle for $300. Personnel responded to his home where he admitted to being in possession of the weapon and several other items taken during the burglary. Byrd led detectives to a wooded area near his home where they recovered the stolen equipment.

Through continued investigation, detectives also learned 18-year-old convicted felon James Tolbert was in possession of the 9MM duty weapon before selling it to a friend. Detectives soon located the weapon and while making contact with Tolbert, recovered one of the bullets taken from the burglary in Tolbert’s bedroom.

Although both weapons and several items of significance have been recovered, both the criminal and internal affairs investigations are ongoing.

“This has been a challenging week for the sheriff’s office,” commented Sheriff Tom Knight. “Whenever a weapon gets into the hands of a criminal and in this case, a convicted felon, it puts a community on edge. I am proud of the personnel who worked around the clock to get these guns off the streets and brought resolution to this incident.”

Byrd faces two counts of Grand Theft of Law Enforcement Equipment, two counts of Dealing in Stolen Property and a single count of Tampering with Evidence. He has prior arrests in Sarasota County for Armed Robbery, Burglary, Theft of a Firearm, and more. He remains in custody on $31,500 bond.

Tolbert is charged with Possession of a Firearm by a Convicted Felon, Possession of Ammunition by a Convicted Felon and Dealing in Stolen Property. He is currently under the supervision of the Department of Corrections and as such, is being charged with two counts of Violation of Probation. Tolbert was sentenced to 24 months of probation following convictions on two counts of Burglary and a single count of Grand Theft. His prior charges in Sarasota County include Armed Robbery, Armed Burglary, Aggravated Assault, and more. He remains in custody without bond.