Deputies: Bloodied man locks himself in bathroom with children 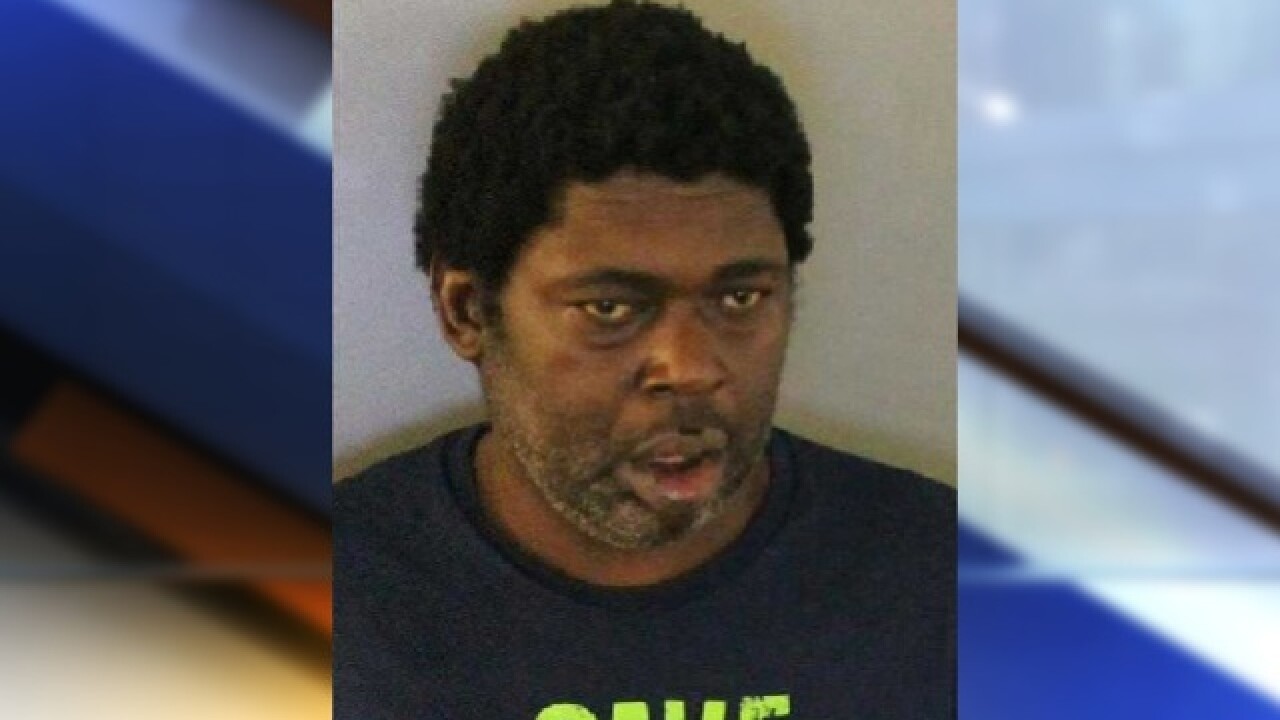 Copyright 2018 Scripps Media, Inc. All rights reserved. This material may not be published, broadcast, rewritten, or redistributed.
<p>Timothy Bryant</p> 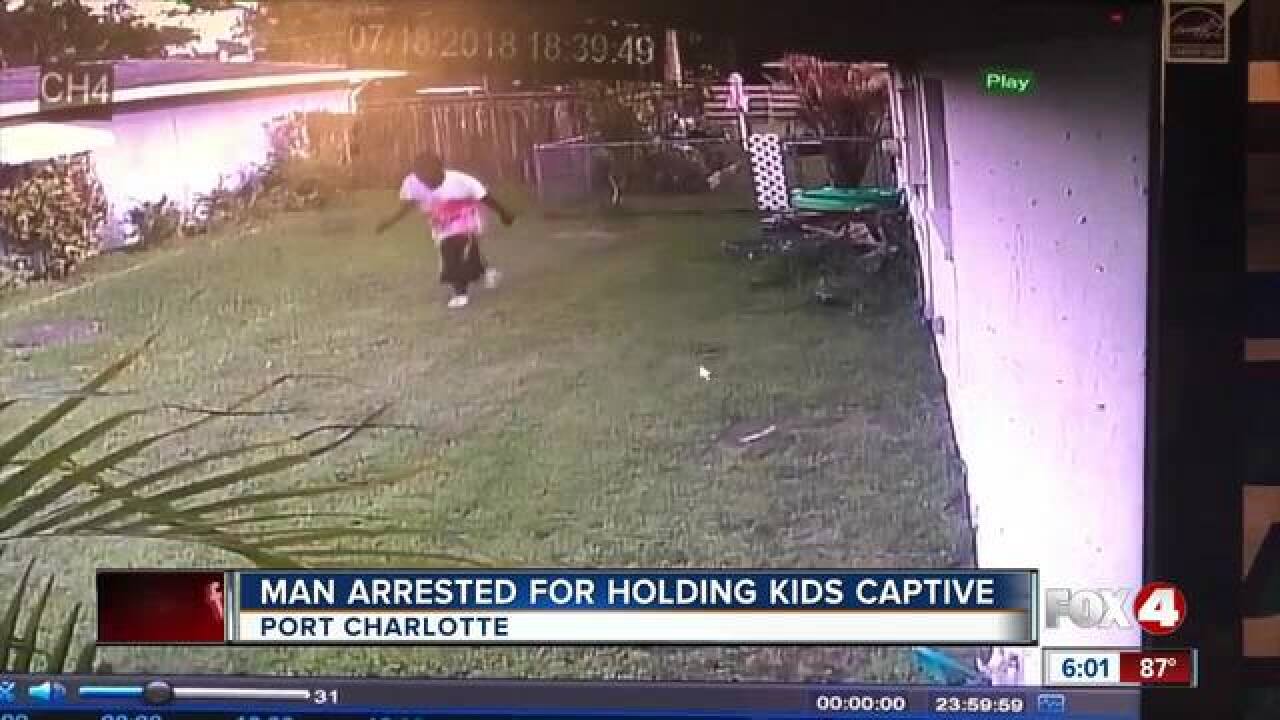 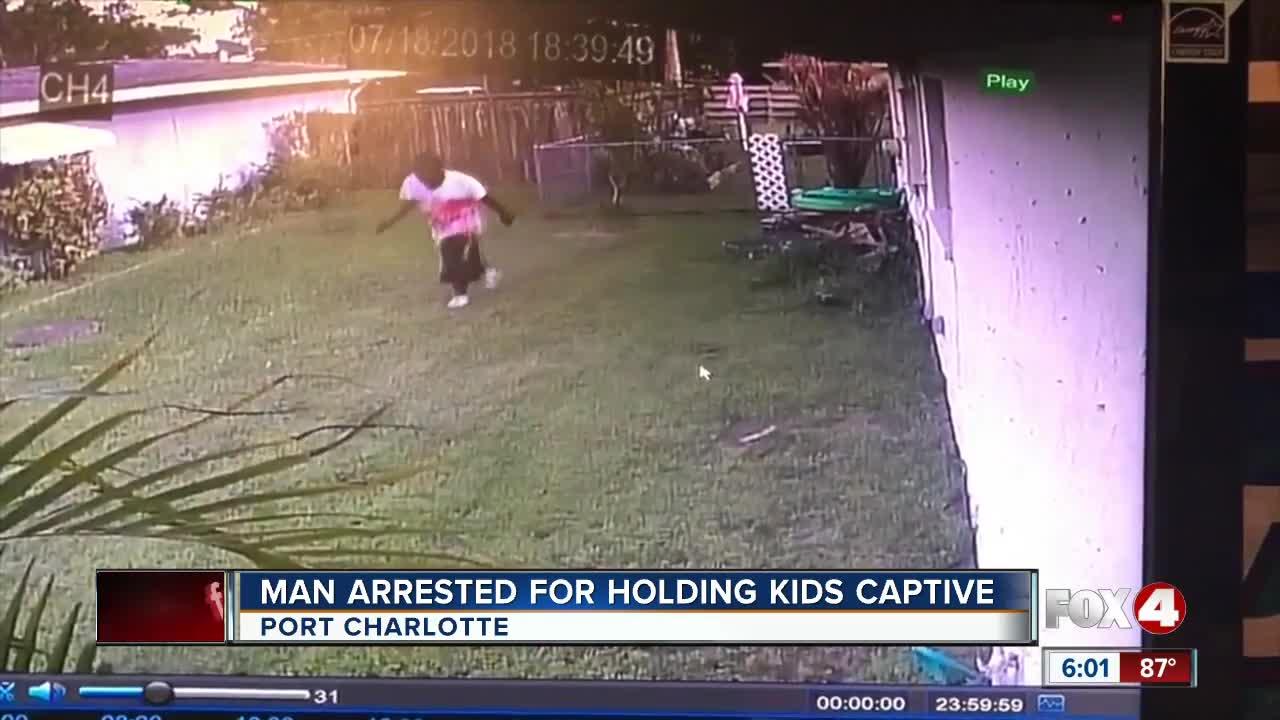 PORT CHARLOTTE, Fla. -- Two siblings had a scary run-in with a bloody stranger at their home Wednesday.

According to a Charlotte County Sheriff's Office report, an 11-year-old girl and her younger brother were in their home Conway Boulevard home Wednesday evening when they say a man wearing a blood-covered shirt approached their rear door and yelled for the kids to open it, saying that someone was chasing him.

While the man was trying to get the boy to stop crying, the girl unlocked the door and fled to look for help.  The girl then heard glass breaking and a scream, and went back it to find the man trying to climb out the small bathroom window and a lot of blood.

The two children then ran out the back door and to a neighbor's house where they called 911 for help.

Responding deputies discovered a large amount of blood in the home, but no suspect.  That's when a call came in from nearby Ray's gas station, where the suspect was found bloody and unconscious.

The suspect, identified as 43-year-old Timothy Bryant, was treated at the hospital before being arrested and charged with False Imprisonment of a Child, Battery of a Child, Burglary of an Unoccupied Dwelling, and Criminal Mischief.

Several neighbors also had run-ins with Bryant.  One neighbor reported a possible burglary at her home, and investigators found blood around her entryway and doorknob.

Another neighbor discovered a blood trail across her property and found her garden vandalized.