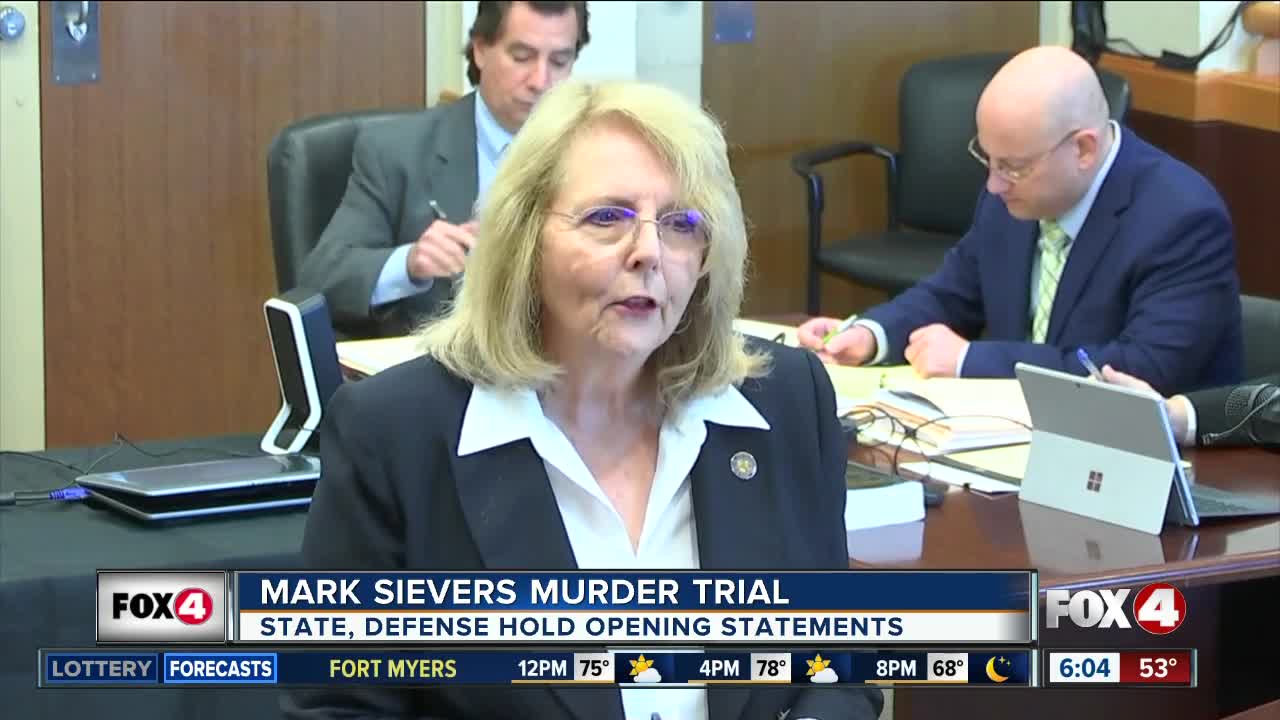 FORT MYERS, Fla. -- When it came to opening statements Wednesday in Mark Sievers’ murder trial, we saw the state try something different than it did during the Jimmy Rodgers trial.

It also varied in terms of tone and organization. There's a lot of evidence in this case, so Ross broke the evidence down a bit further for the jurors using an analogy.

“Like a puzzle with hundreds of pieces, or maybe a thousand pieces, one piece at a time, one corner put together at a time, two pieces connected. And like a puzzle, the initial pieces placed on the board don’t seem to connect to each other,” said Ross. “You will hear from many witnesses. Each will provide information; some one puzzle piece, some lots of puzzle pieces. You will see many, many photos, phone records, airline records, bank records, life insurance policies, charts, maps, clothing, videos. In the end of all the evidence, the picture on the box will become clear.”

The defense went next. Remember, they're trying to prove Mark Sievers is not guilty of orchestrating the murder of his wife, Teresa.

“Mark Sievers’ wife is dead, and he wants to know why, just like everyone else,” said defense attorney Michael Mummert.

Mark Sievers’ attorney said the only "why" is coming from Curtis Wright, the man who already took a plea deal in this case, who admitted to murdering Teresa, and who will testify against Mark during this trial.

The defense attorney made it clear, they will be spending time trying to discredit Curtis Wright's testimony, and say it's unreliable.

He then recalled part of Wright's testimony during Jimmy Rodgers' trial. “Kicks over a dog bowl, sound alerts Teresa, who turns around. Curtis swings that hammer…bang! On the side of the head.”

Mark Sievers appeared to be crying when the defense was recounting Wright's testimony on the murder. He took his glasses off and wiped his eyes.

The defense wrapped up their opening statement talking about their life insurance policies.