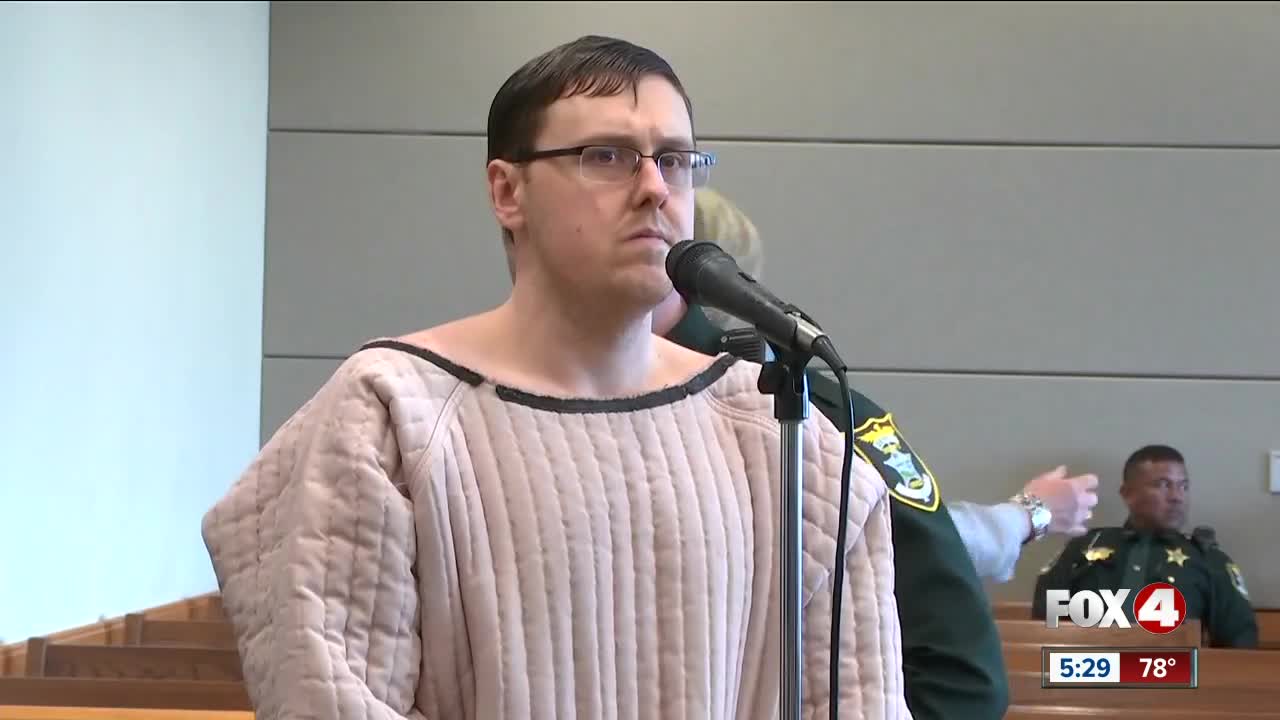 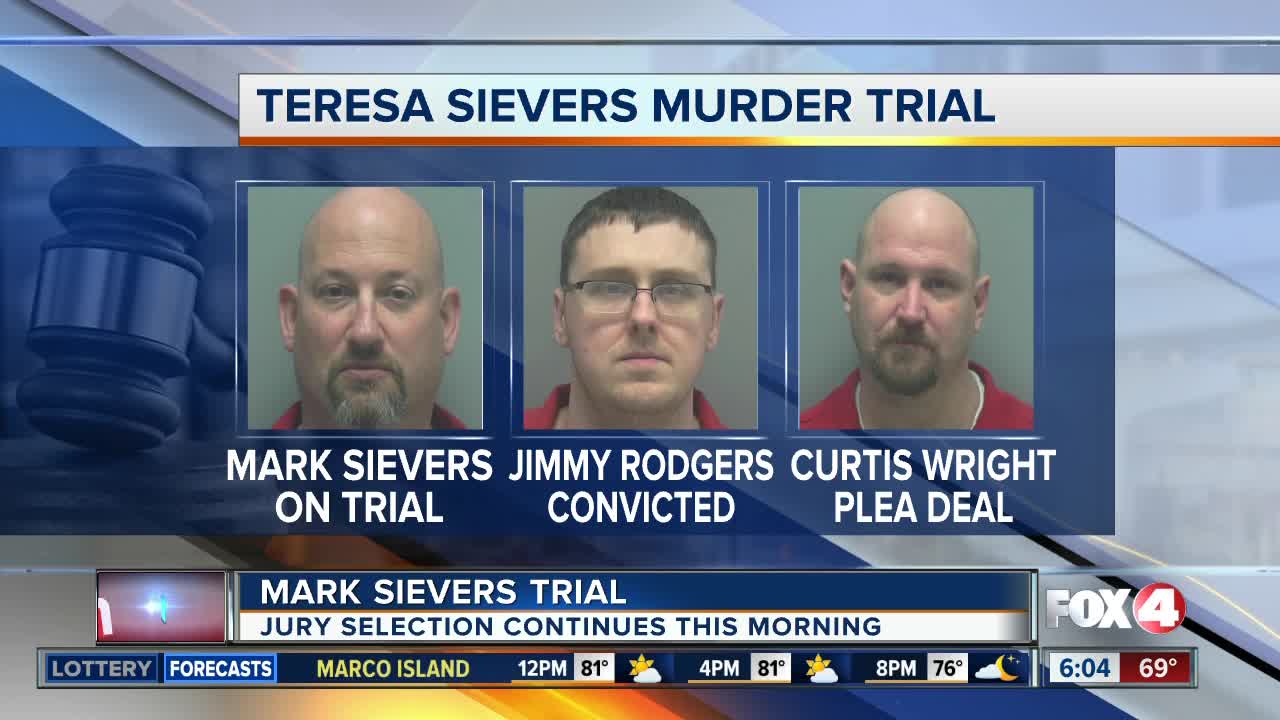 UPDATE (7 PM) -- Day three of jury selection for the Mark Sievers trial has concluded for the day.

By Thursday afternoon the court was up to 54 potential jurors for the Mark Sievers trial but they wanted at least 60.

A pool of 28 more potential jurors was brought in to go through the initial phase pf questioning.

From that pool, 10 potential jurors passed to the second phase, joining the 54 that had already passed.

The death qualification phase of questioning began Thursday afternoon. This is the phase where potential jurors are asked how they feel about the death penalty.

Jimmy Rodgers also appeared before the court on Thursday for a status hearing.

Due to Teresa Sievers's family already making arrangements to be present during the original sentencing date, the date was not changed.

UPDATE (1 PM) -- Court is taking a lunch break. Judge Kyle says there will be a status hearing for Jimmy Rodgers at 1:30 pm before resuming with Mark Sievers trial jury selection at 1:45 pm.

A potential juror questioned individually said she was a patient of Dr. Teresa Sievers, and could not serve as a juror in this case with a clear mind.

This juror was excused.

Individual questioning on what jurors know about this case is happening now.

Potential jurors with hardships are being excused now.

One potential juror said she suffers from high blood pressure and knowing what this trial is about is causing her a lot of stress. She said, "I don't want to have a stroke here." She was excused from jury service.

FORT MYERS, Fla. -- Another 50 or so potential jurors will be called into a Lee County courtroom Thursday to be considered to become jurors in the Teresa Sievers murder trial.

Wright took a plea deal in exchange for his testimony. Rodgers was convicted last month of second-degree murder.

Prosecutors and the defense have spent the first two days of the trial weeding through dozens of potential jurors in the first phase of the process. That process will continue Thursday.

Selecting a jury will be tough, but it was made harder Wednesday when both sides had to stop questioning jurors unexpectedly when Mark became physically ill in the courtroom.