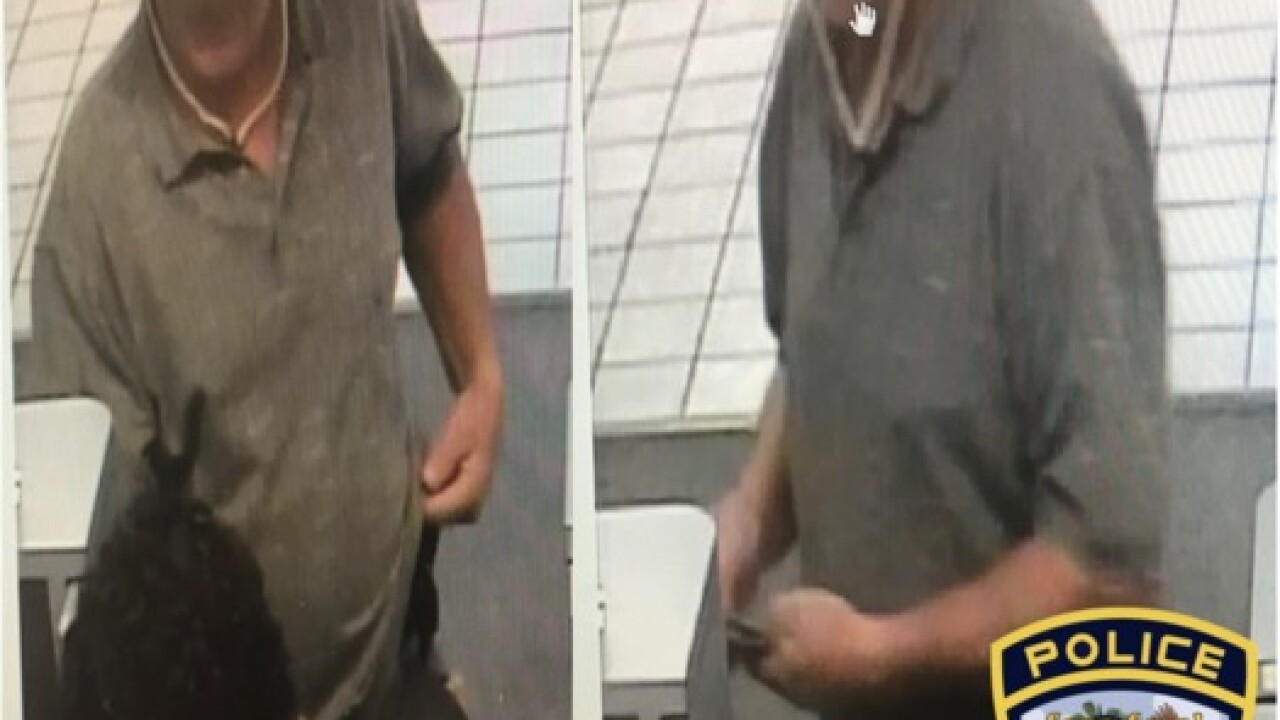 Copyright 2018 Scripps Media, Inc. All rights reserved. This material may not be published, broadcast, rewritten, or redistributed.
Cape Coral Police
<p>Suspect in a bank robbery at 5/3 Bank located at 2724 Del Prado Boulevard S.  on January 12, 2018.</p>

Police say a handgun was displayed, however, there were no injuries.

The suspect is described as white male, 50-60 years old, wearing a gray polo shirt, tan fishing hat, dark gray or blue jeans, and appeared to have a goatee. However, detectives now say they believe he was wearing an artificial face covering, and does not have a goatee.

He left the business and was last seen headed northbound on foot.

Nearby St. Andrews School was placed on lockdown as a precaution.

This is the 2nd bank robbery in Cape Coral this week.  On Monday, a bank on Hancock Bridge Parkway was robbed.  Police later released a sketch of that suspect.

Authorities have not said whether the two robbery were connected.

If you have any information on the identity of either suspect, please contact the Cape Coral Police Department at 239-574-3223. You can also submit an anonymous tip. Go to www.capecops.com/tips or text a tip- text CCPD+"Your Message" to CRIMES (274637).