PUNTA GORDA, Fla. -- Police are still searching for a man they say is responsible for three bank robberies in Cape Coral and Punta Gorda this year.

According to Punta Gorda Police, the man seen in surveillance photos from the three robbery locations are all believed to be the same person. 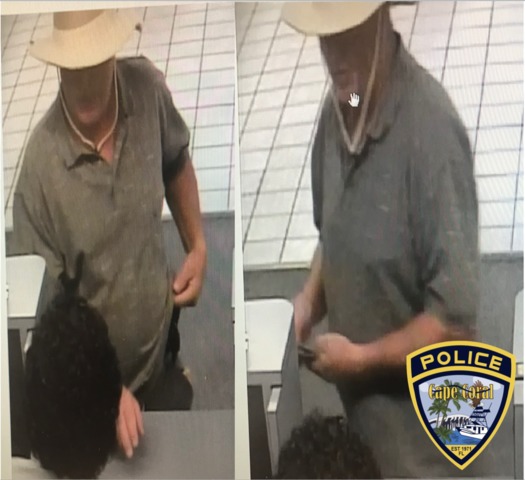 The next robbery took place April 16th at the same bank. 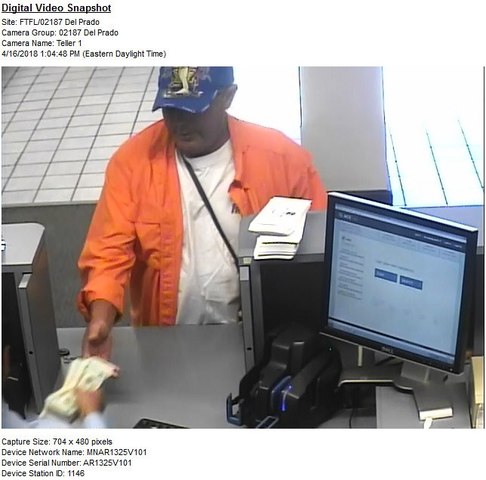 Then on May 30th, a robbery occurred at a BB&T bank on Tamiami Trail in Punta Gorda.

Anyone that recognizes this person or has additional information on any of the incidents is encouraged to contact Crime Stoppers and the Punta Gorda Police Department at 941-639-4111.