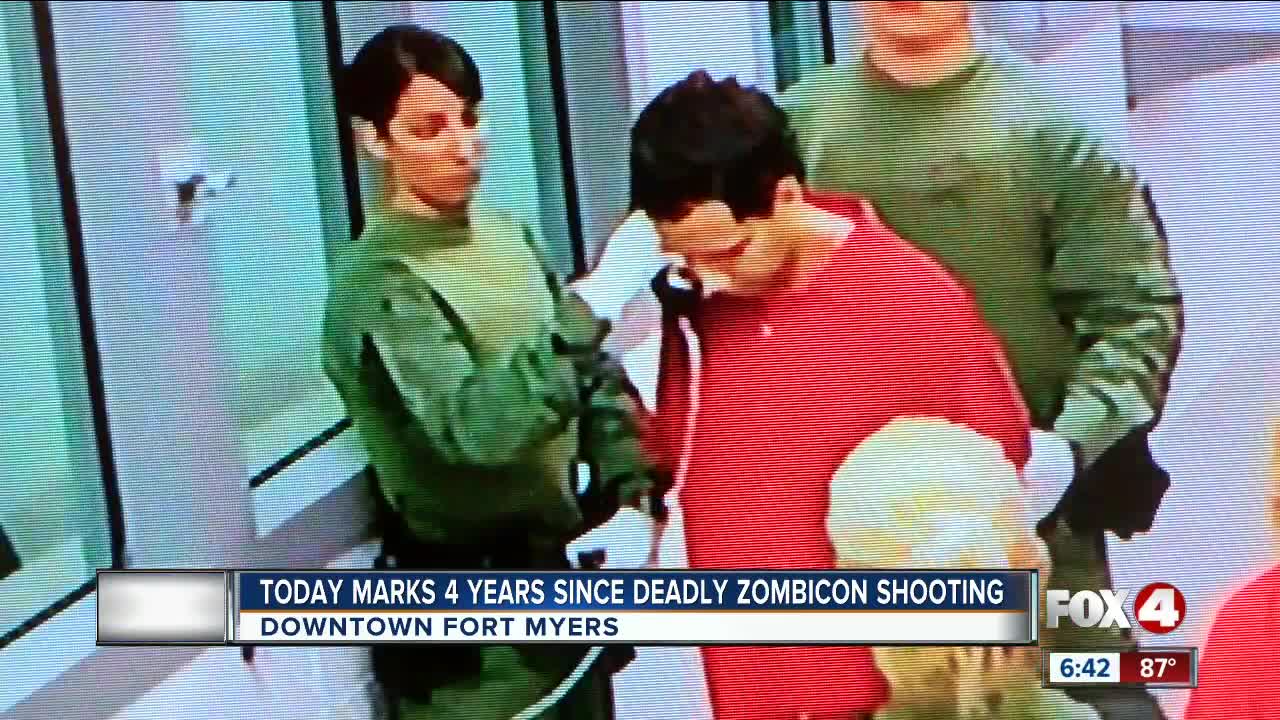 Today marked 4 years since the deadly Zombiecon shooting in Downtown Fort Myers. 2015 was the last year the city decided to hold the event. Since the shooting officers stepped up security in the area and installed cameras.

Fort Myers police say Jose Bonilla shot into a crowded downtown street during the street festival, killing Tyrell Taylor and injuring several others back in 2015.

He was arrested more than two years after the shooting. His trial is expected to start on January 13, 2020.

Since the shooting, the City of Fort Myers installed 49 high-definition security cameras in downtown Fort Myers.

That year’s Zombicon event was the last.