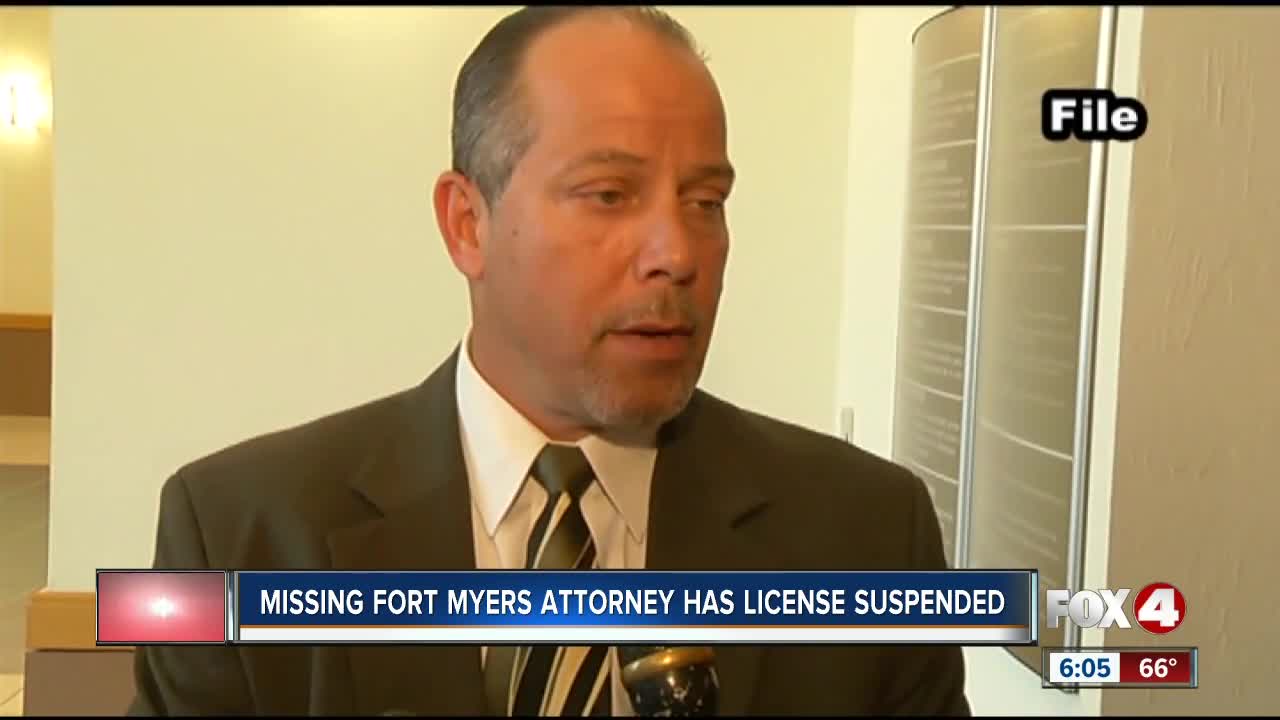 The high-profile Southwest Florida attorney who has been missing for weeks has now had his license suspended.

FORT MYERS, Fla. - The high-profile Southwest Florida attorney who has been missing for weeks has now had his license suspended.

The Florida Supreme Court has issued a petition for an emergency suspension for attorney David Brener. Court records held Brener in contempt of court because he had not shown up for hearings to defend his client, Jose Bonilla. Bonilla is accused of killing someone after he fired into the crowd at the 2015 Fort Myers ZombiCon. Brener has not been seen in more than a month, and his other clients say they have not heard from him.