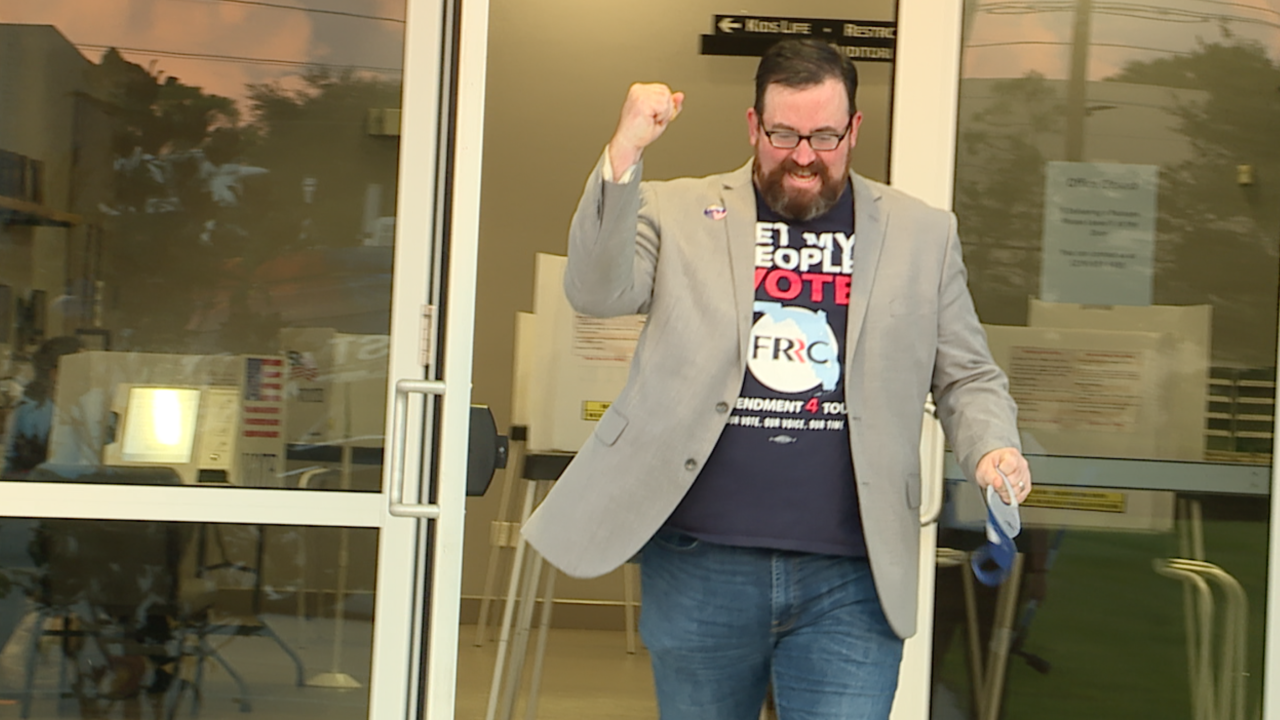 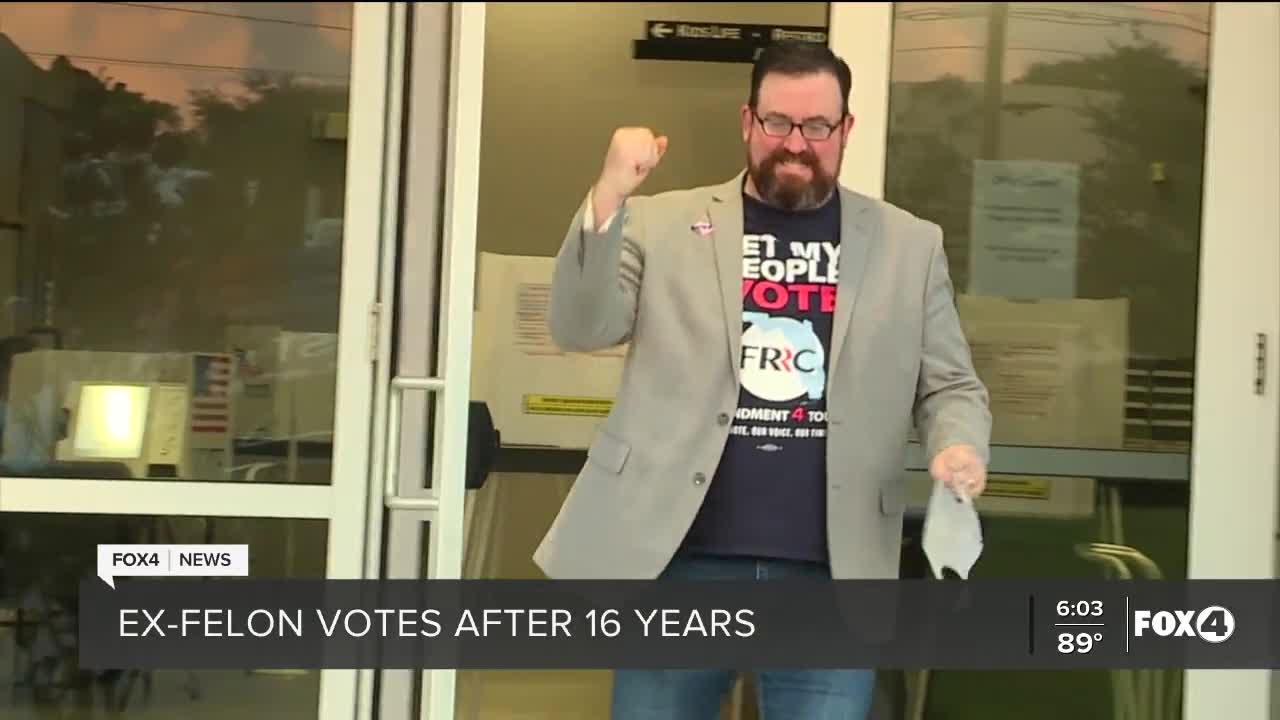 FORT MYERS, Fla. — It's a day for second chances as thousands of ex-felons take part in Florida's Primary Election.

Tuesday, many are experiencing a first at the polls under Florida's Amendment Four for felon voting rights.

With his voting rights restored, ex-felon Neil Volz was first in line to vote at Life Church in Fort Myers.

This morning, he says he cast his first ballot in 16 years.

"Wow, that was exciting! That was years in the making," said Neil exiting the church.

Guess who was the first voter at his precinct this morning!! I just voted!! So thankful to EVERYONE who made this possible and all my brothers and sisters who are voting today. #letmypeoplevote@FLRightsRestore pic.twitter.com/CknOlZb1FF

He's the Deputy Director of the Florida Rights Restoration Coalition. However, after more than 25 years a public servant, it's not that title that's holding him back.

"I got a felony conviction 14 years ago. I made a bunch of stupid decisions and selfish decisions. I blew up my life in the process and slowly putting those pieces back together," said Neil.

Ex-felon Lance Wissinger was also at Life Church to congratulate his friend and boss.

He says they both registered together last year, but he decided to vote early for his first time.

"He was so emotional last night thinking about it. Just to see he got his voting sticker. That's a big thing," said Lance.

"I jumped right at that," said Neil. "I was like there's that sticker! I've got to put it on. I've been waiting 16 years for that."

So, what's next now for these two? They say they're far from being finished.

"There's 1.4 million people in Florida with past felony convictions who are impacted by Amendment Four and half of us are eligible to vote. That means the other half are family members who aren't quite ready to do this yet and we're going to continue fighting for them," said Neil.

Lance says he's eligible for clemency next year. The process takes years but would allow him to one day sit on a jury or hold office.

For more on FRRC's efforts with Amendment 4, click here.