SWFL man votes for the first time after rights are restored 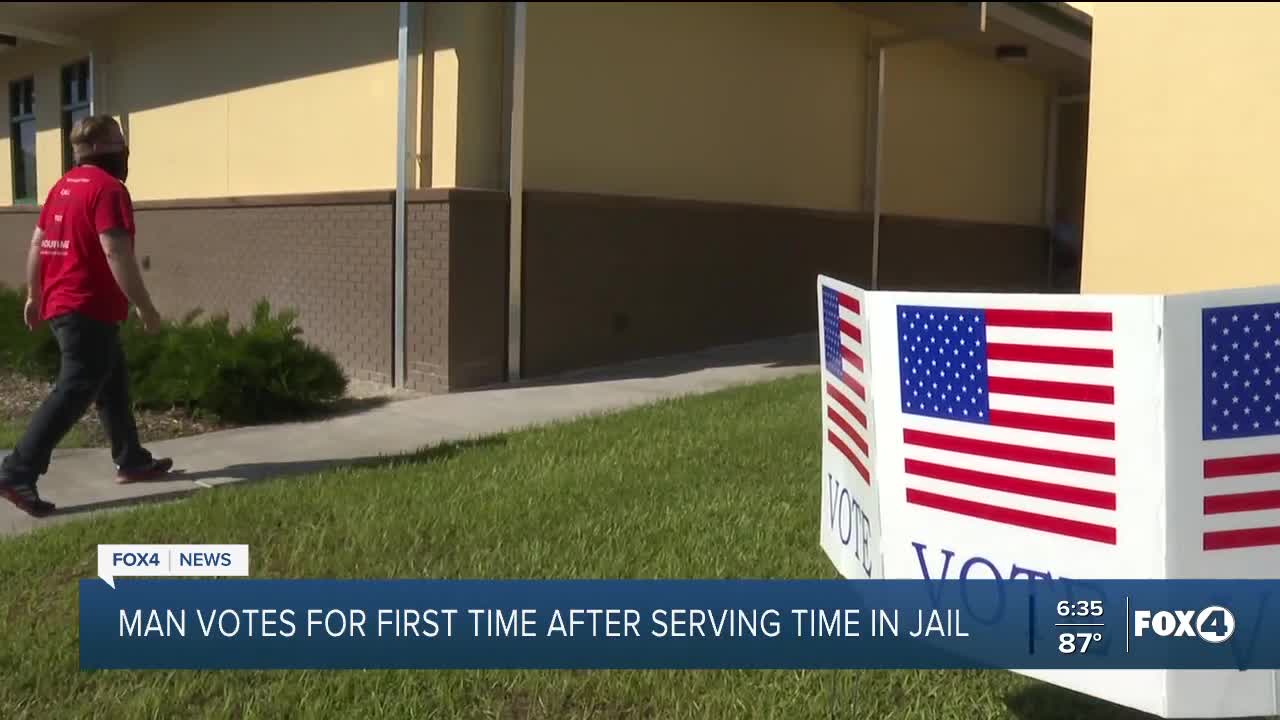 Lance Wissinger got to vote for the first time in his life Tuesday, after spending time in prison for DUI manslaughter.

This 2020 primary election comes as a first for some voters — as it is in the case of a Southwest Florida man who voted on Tuesday for the very first time.

"This is the first time ever in my life that I'm going to vote, I just turned 41 last month, so I'm really excited," said Lance Wissinger.

Lance Wissinger thought this day would never come after having served time in prison for a felony conviction.

"When I realized it was taken away from me, [I realized] just how important it was to have my voice, to have my vote," said Wissinger.

In 2003, about to join the Air Force, Wissinger was involved in a deadly car accident — he was behind the wheel and was found guilty of DUI manslaughter.

"I had a couple of drinks throughout the night, and coming home, I was coming around the corner and lost control of the car," said Wissinger.

Wissinger's and his best friend were on their way home from a baseball game.

"The car flipped over, I was thrown out of the car, the accident rolled with him, I found him halfway in the water, pulled him out of the water and he died in my arms," said Wissinger.

"Honestly, I didn't think I was going to get my voice back because the clemency process is so long," said Wissinger.

Having served his time, Wissinger is among the more than 1 million Floridians convicted of a felony that can vote.

In 2018, Florida voters approved Amendment 4 restoring that right, but not without a condition from the state requiring people to pay costs associated with their sentence.

"If you don't owe any fines or fees, and you're not convicted of murder or sexual felony offense, then you are eligible to vote right now," said Wissinger.

Wissinger is working with the Florida Rights Restoration Coalition to help more people with past felony convictions register to vote.

The non-profit organization launched a campaign to help people who want to vote but can't afford to pay what they owe to the state.

"We just wrote a 2 million dollar check to help pay some of those fines and fees across the state, and dozens of people here in Lee County got to take part in that," said Wissinger.

As for Wissinger, he says voting early for the 2020 primary election marks the second chance he had been longing for.

"Here I am, 2020 election, taking advantage of that, and getting out here doing my civil duty to be a part of my community," said Wissinger.