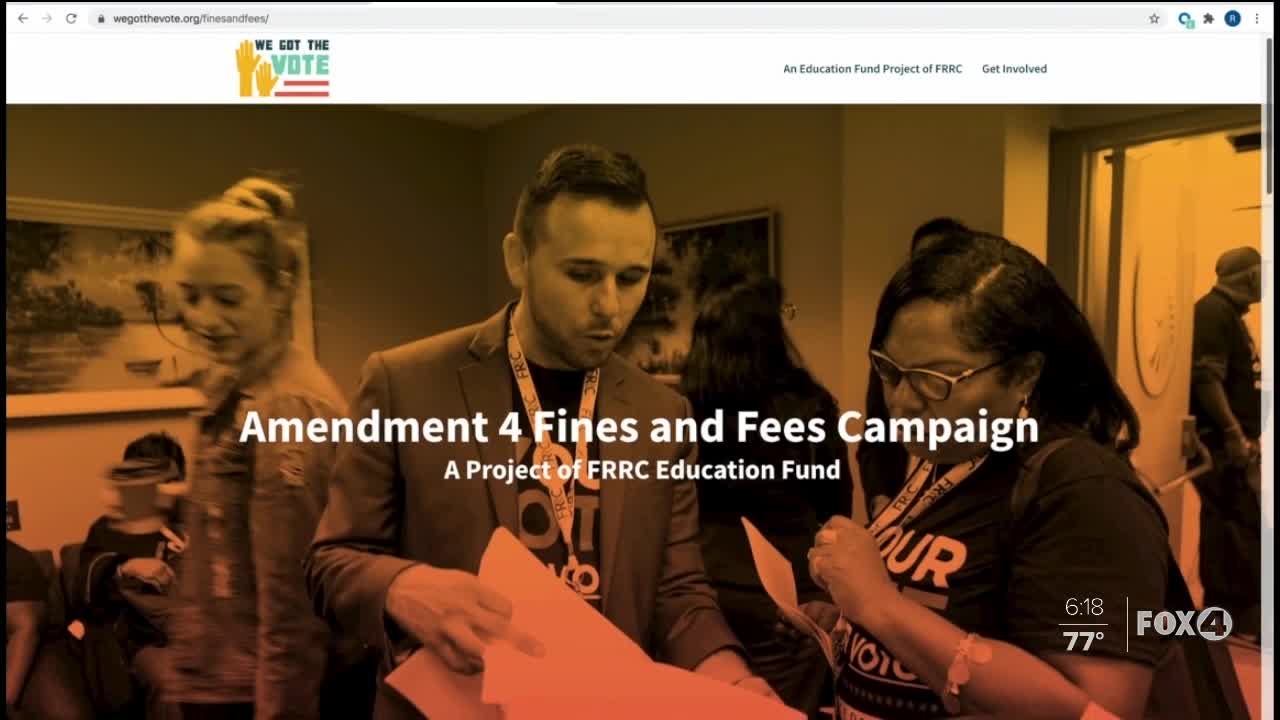 LEE COUNTY, Fla. — Neil Volz was previously convicted of a felony crime. He joined a million other Floridians as an eligible voter after Amendment 4 passed in 2018.

He and his colleagues at the Florida Rights Restoration Coalition (FRRC) registered to vote, and put together a video narrated by Fort Myers’ own NFL star Sammy Watkins.

“It’s now much easier for you to register to vote. Even if you still owe money, make your voices heard,” said Watkins in the FRRC video.

But as of Thursday, that’s not the case anymore.

“A couple months ago, hundreds of thousands of people in the state of Florida with past felony convictions, went to bed at night knowing that they could vote, and now they’re looking at a different reality,” said Volz.

The Supreme Court decided not to review a Florida court’s ruling that prevents ex-felons from voting if they have not paid all costs associated with their sentence.

Pamella Seay is a Justice Studies Professor at Florida Gulf Coast University. She says the costs include court fees, fines related to the sentence and restitution to victims.

“When you look at the statute itself, what they call a sentence, is the time spent in jail or prison, and a fine that’s imposed according to the statute,” she said.

She says the future of felons’ voting rights depends on how courts interpret existing laws.

“If it were up to me, and I were evaluating it, I would say that the court costs are not a part of the sentence,” she said.

Volz says the FRRC is working to pay those fees.

“The idea that somebody’s inability to pay for something is what’s keeping them from voting is something that I think we all can get behind changing,” he said.

They’ve started a campaign to raise money for those who want to vote, but can’t afford it.