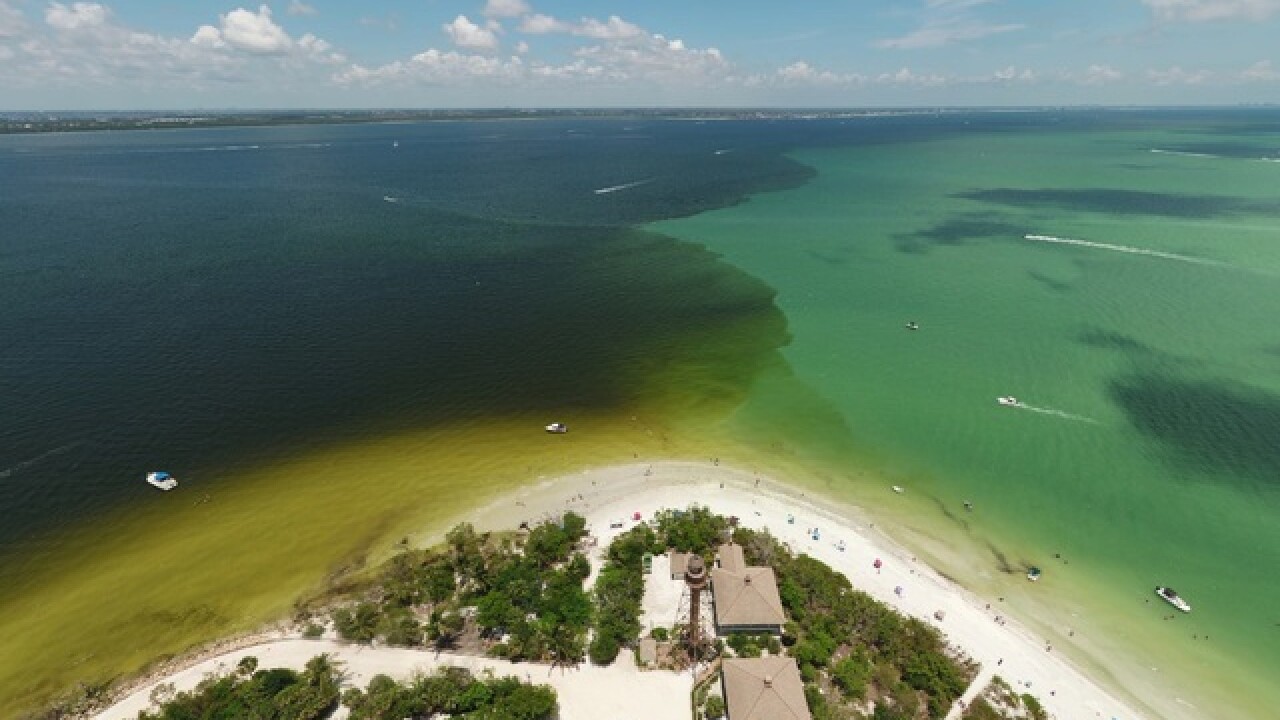 Copyright 2018 Scripps Media, Inc. All rights reserved. This material may not be published, broadcast, rewritten, or redistributed.
City of Sanibel
<p>Aerial image over Sanibel on June 3, 2018.</p> 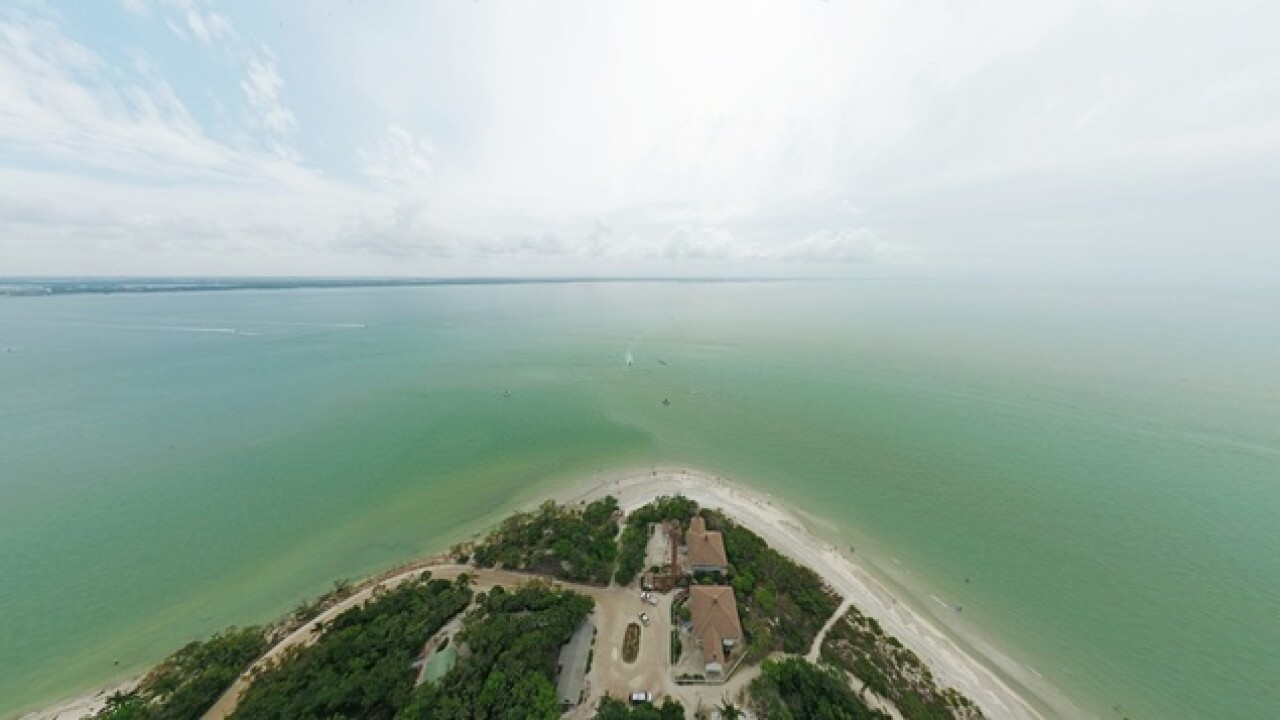 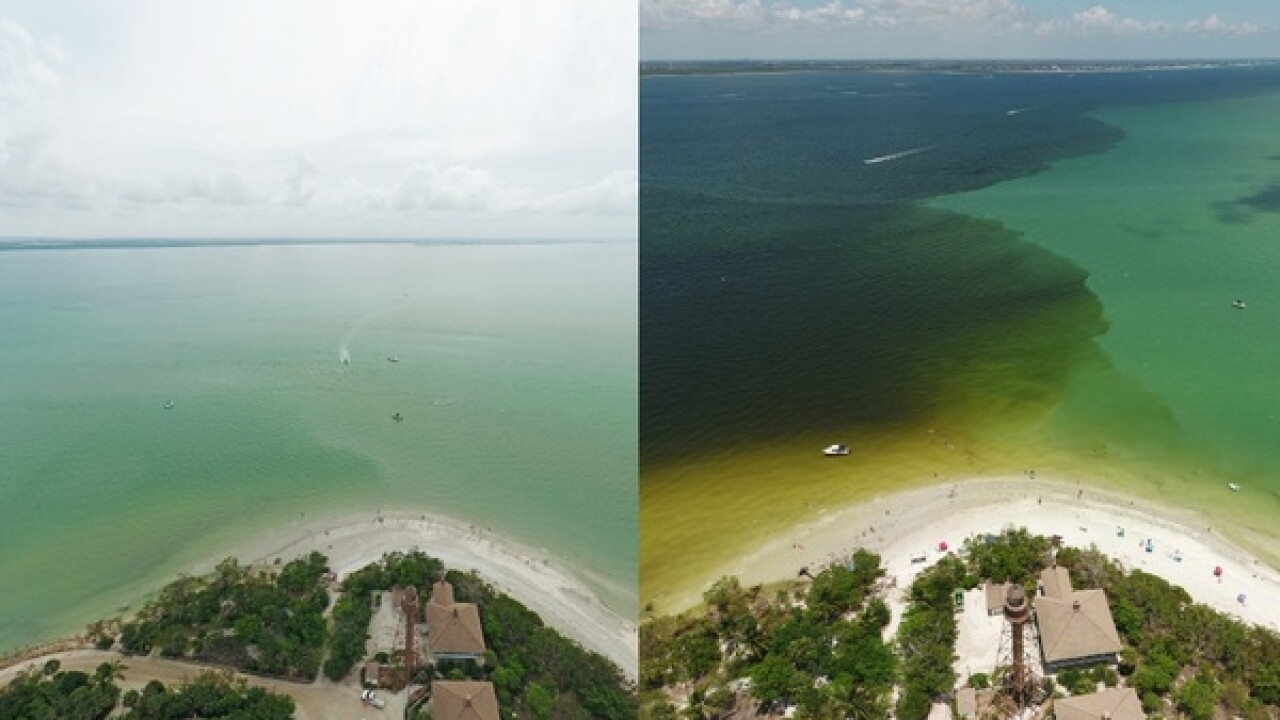 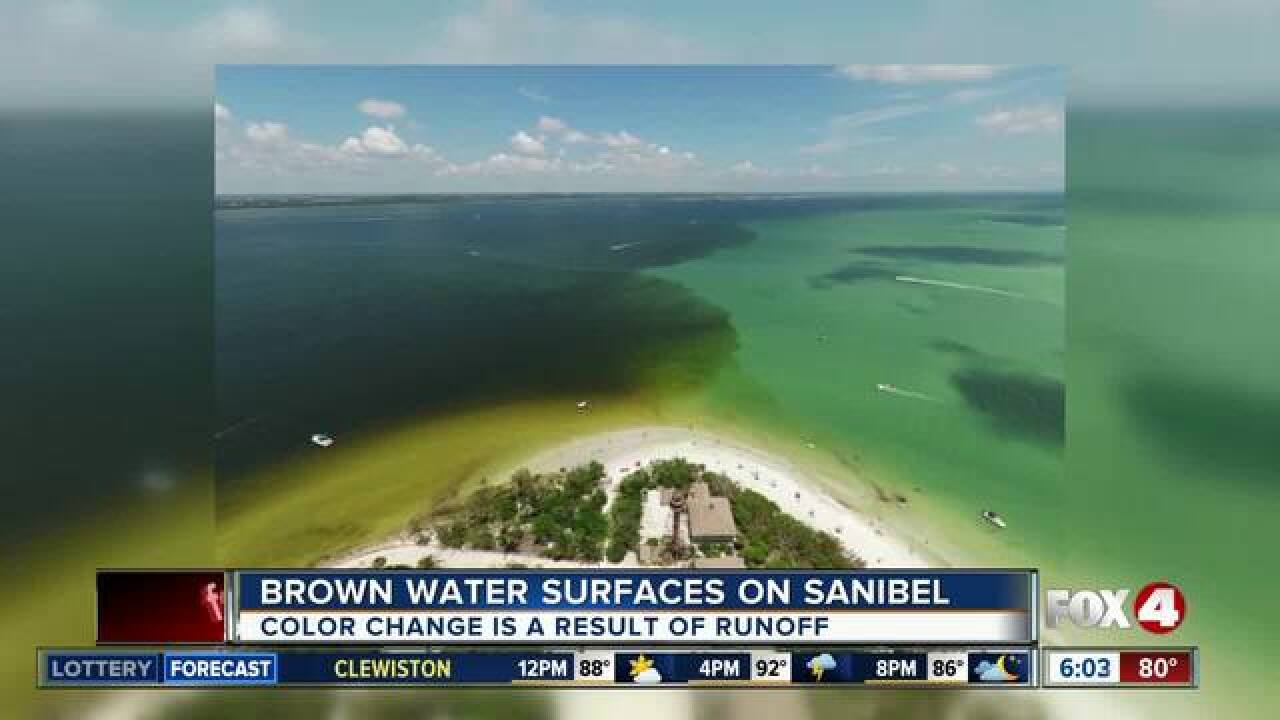 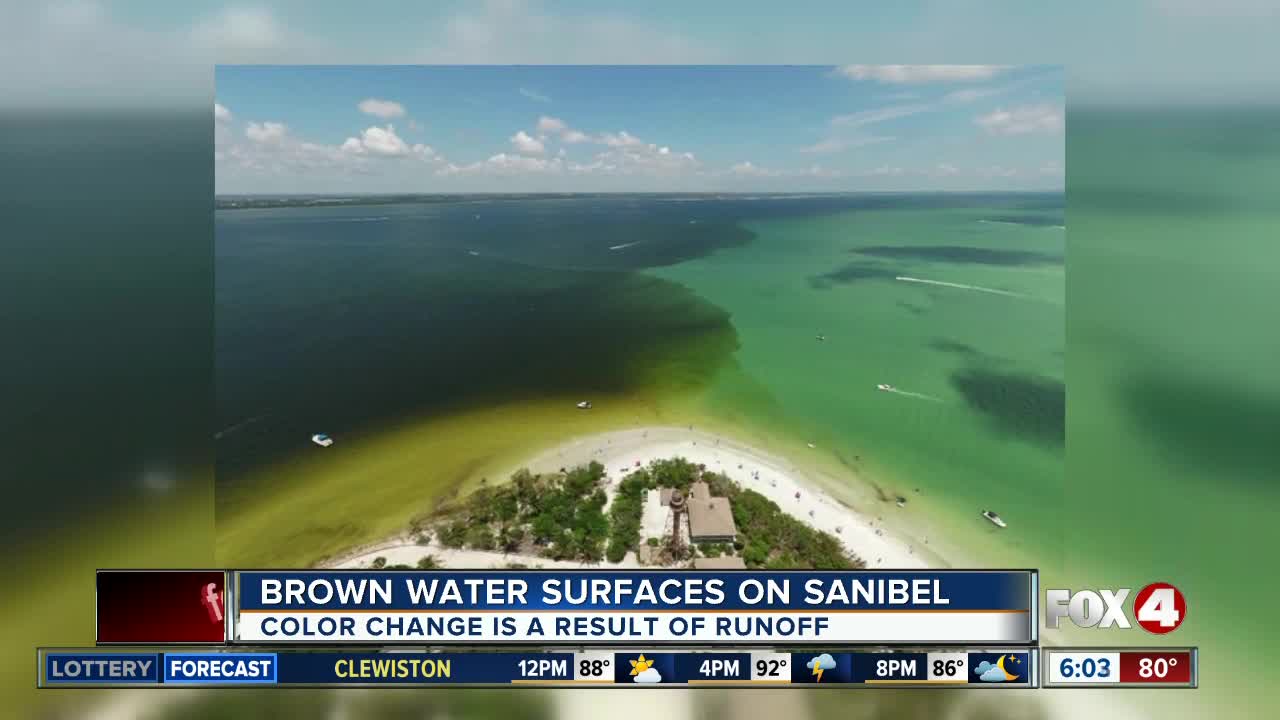 The city publishes interactive 360 degree aerial images taken over the Sanibel Lighthouse every few days, and the two most recent images show a drastic change.

The image taken just before high tide on May 31st,the day before the Lake Okeechobee discharges began, show green water in all directions.

But in the June 3rd image, also taken just before high tide, a defined color change line is visible, extending from Point Ybel off toward Fort Myers Beach.

On June 1st, the U.S. Army Corps of Engineers began releasing billions of gallons of water from Lake Okeechobee into the Caloosahatchee and St. Lucie rivers, in an effort to keep the lake at a safe level after recent heavy rains.

For more 360 degree views from over Sanibel and information on water issues in the area, CLICK HERE.