Watch: Alligator takes on python in the Everglades 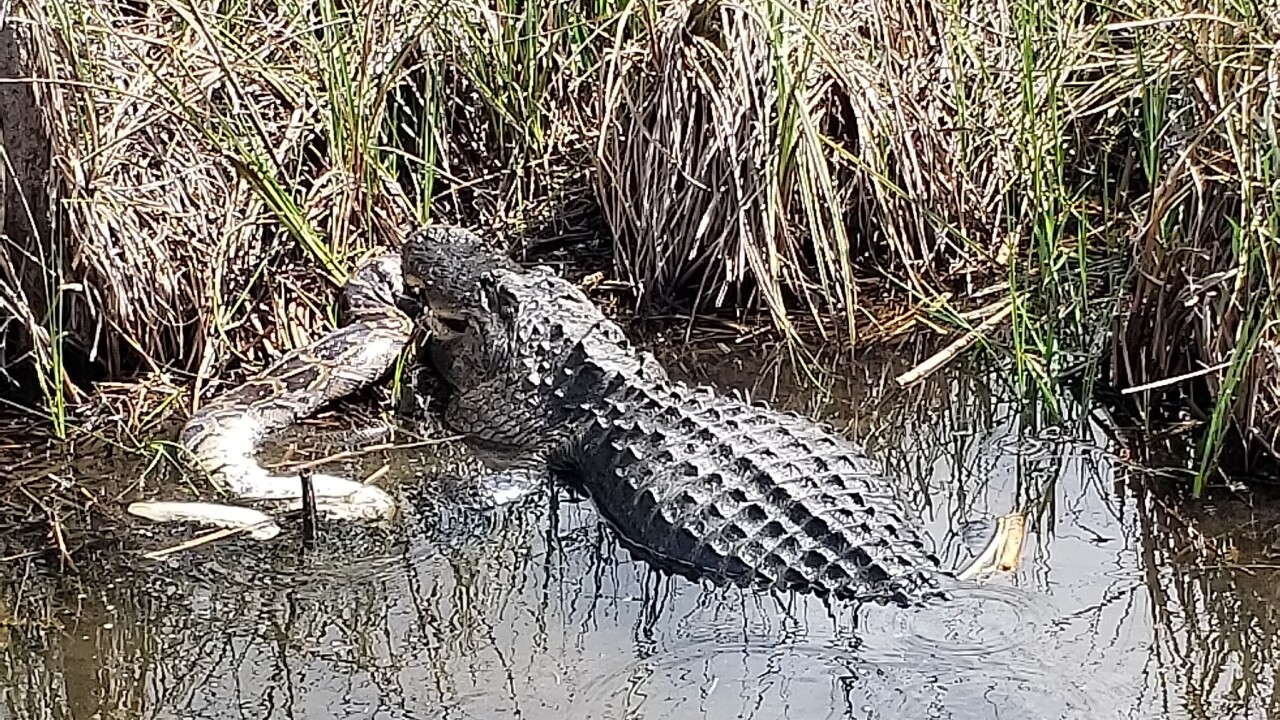 Rich Kruger
Alligator biting a python in the Everglades in February 2019.

MIAMI-DADE COUNTY, Fla. -- Pythons are becoming more and more common in the Everglades, where they have few natural predators. Unless you count alligators.

Rich Kruger was witness to a battle between the two kings of the Everglades recently. He recorded this video along the Shark Valley bike trail off Tamiami Trail.

It shows an adult alligator chomping down on a recently killed python estimated to be at least 10 feet long.

The Everglades have seen an explosion in the population of Burmese pythons in recent years. The invasive species have flourished in the Florida swamp, affecting the populations of many native species.

RELATED: Striking back against invasive pythons in Florida | Trapper catches 18-foot Burmese python in the Everglades | Burmese python devours white-tailed deer that weighed more than the python itself in Florida