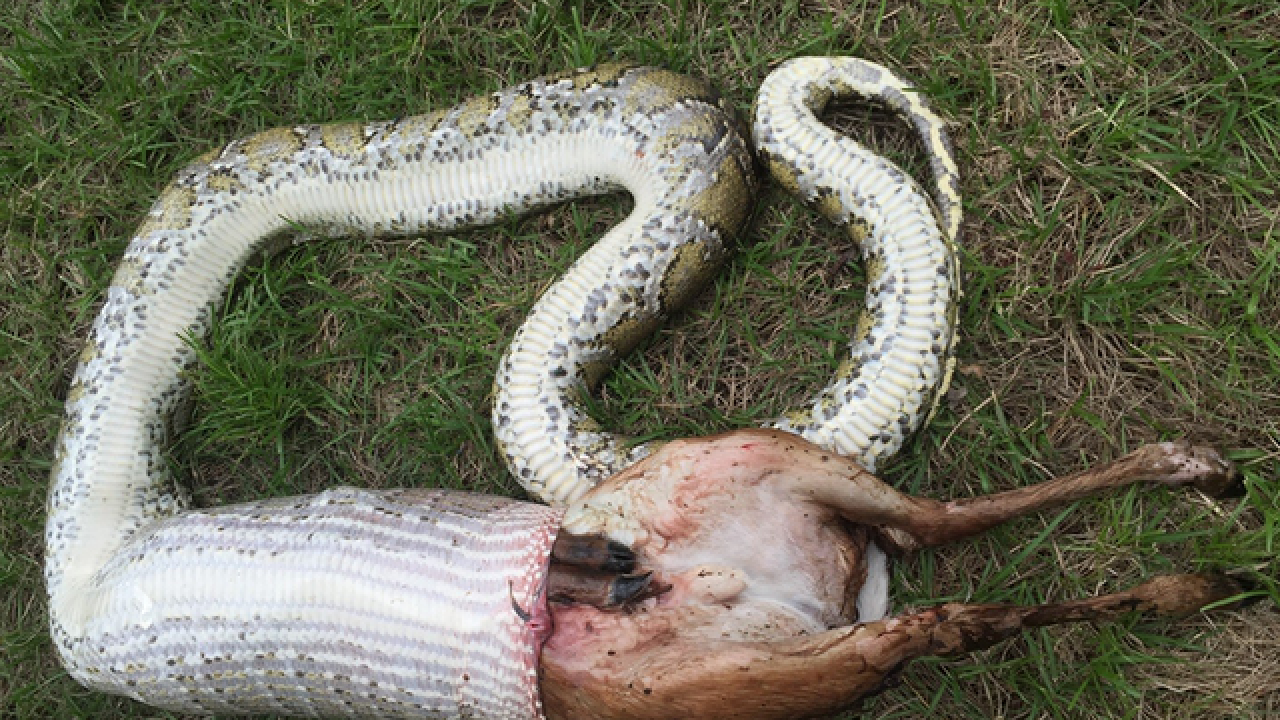 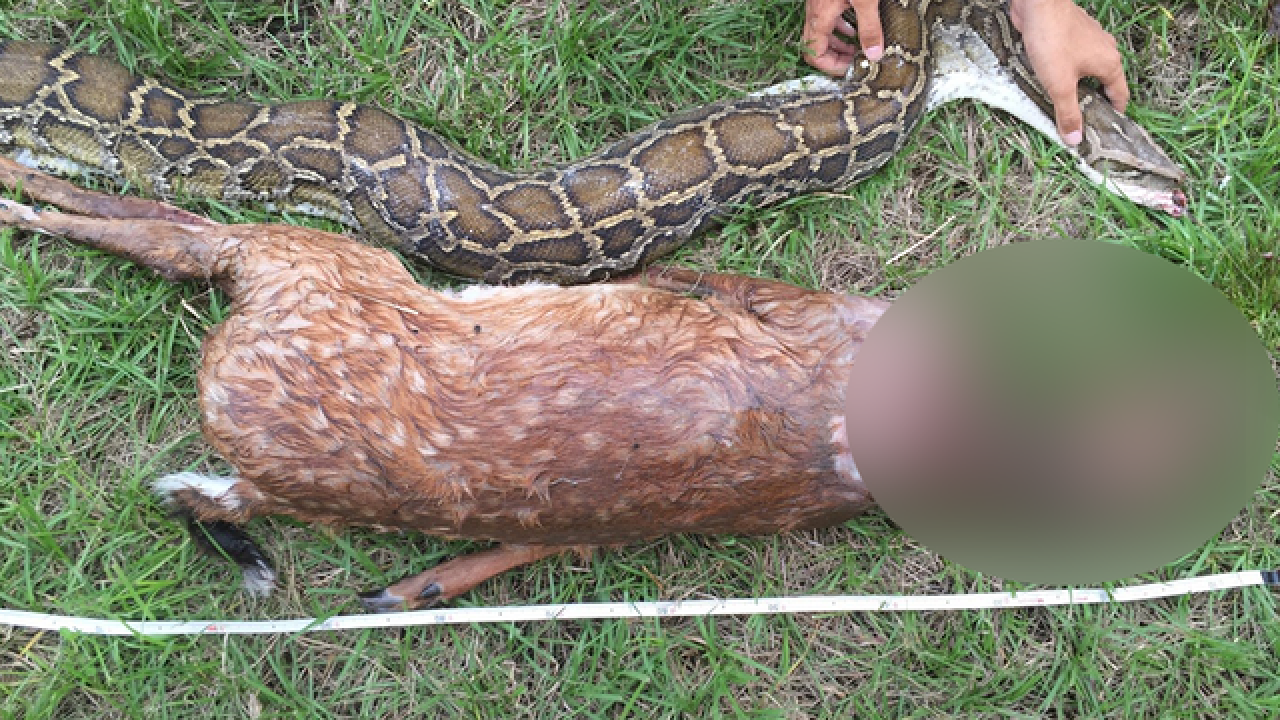 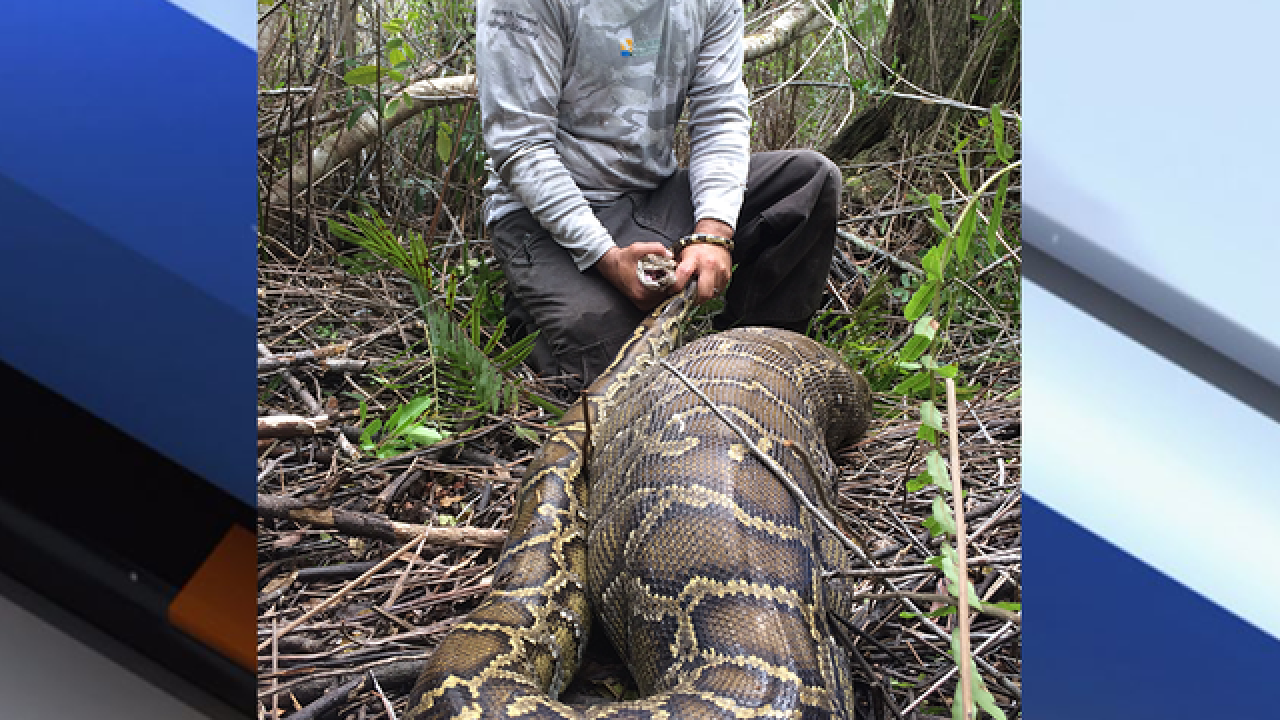 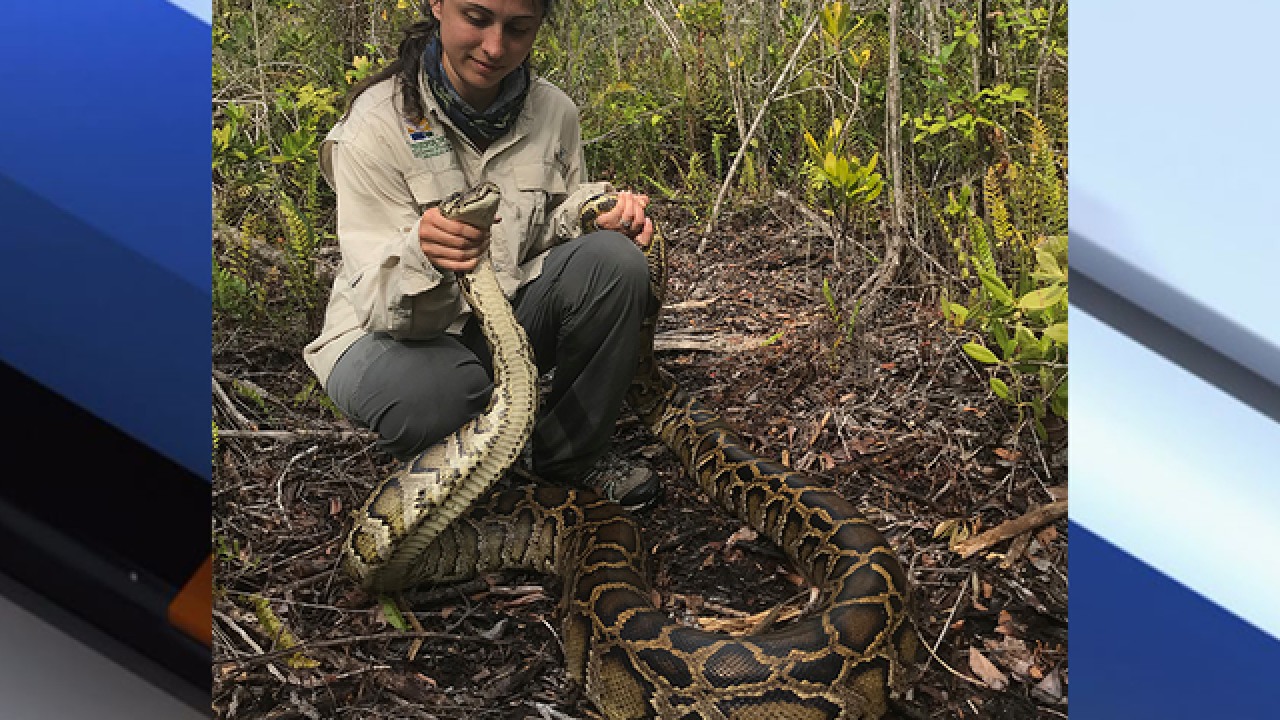 Wildlife biologists with the Conservancy of Southwest Florida shared a shocking python find in Collier-Seminole State Forest on Thursday.

An invasive Burmese python's eyes were a little bigger than its stomach when it decided to devour a white-tailed deer fawn.

Officials say pythons have been known to kill and ingest large prey and this was a record breaking meal.

Officials stumbled upon the python with the massive prey inside. The biologists removed the python out of the wild into an open area and the python was stressed so it pushed the deer out of its mouth. In the photo below you can see the breathing tube and tongue of the python as it has its mouth wrapped around the deer.

Biologists believe it is the largest python-to-prey ratio documented.

The findings will be published in the March 2018 issue of the Herpetological Review.

“This observation is another important piece of evidence for the negative impact invasive Burmese pythons are having on native wildlife across the Greater Everglades Ecosystem” said Ian Bartoszek, Conservancy of Southwest Florida wildlife biologist. “Imagine the potential consequences to the state and federally protected Florida panther if Burmese pythons adversely affect the number of white-tailed deer, a panther’s primary prey.”

Biologists are focused on the impact the python is having across the food chain.

Since 2013, the Conservancy and its research partners have been conducting research to document the invasive Burmese python's biology and behavior in Collier County, including the tracking, removal and necropsy of captured pythons.