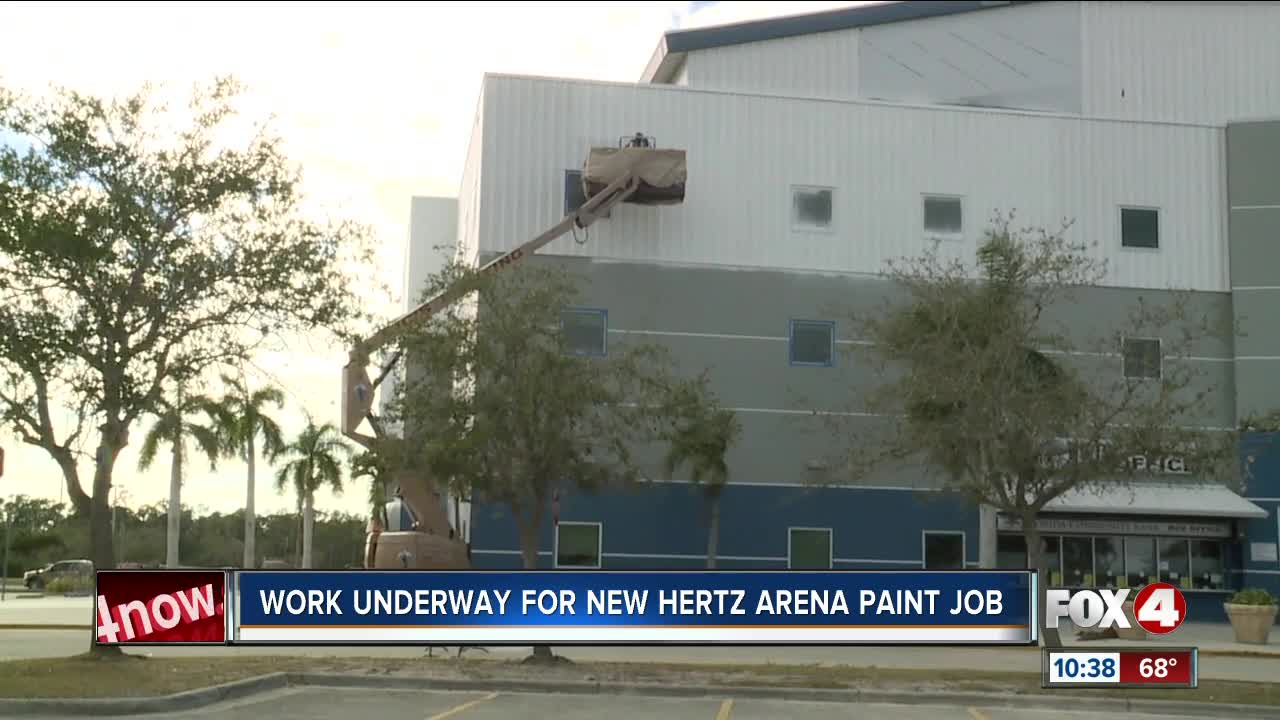 Preparations are underway for the new paint job at Hertz Arena in Estero. Wednesday, crews were applying primer.

ESTERO, Fla. -- Preparations are underway for the new paint job at Hertz Arena in Estero.

The new design has significantly less yellow than the original plans, which called for the entire building to be painted bright yellow. Now only about 14 percent of the building will actually be yellow.

Putting up the new lettering will take a little longer.

The work will not affect any hockey games or concerts.

The Hertz rental car company took over naming rights of the arena this summer, changing the name from Germain Arena.