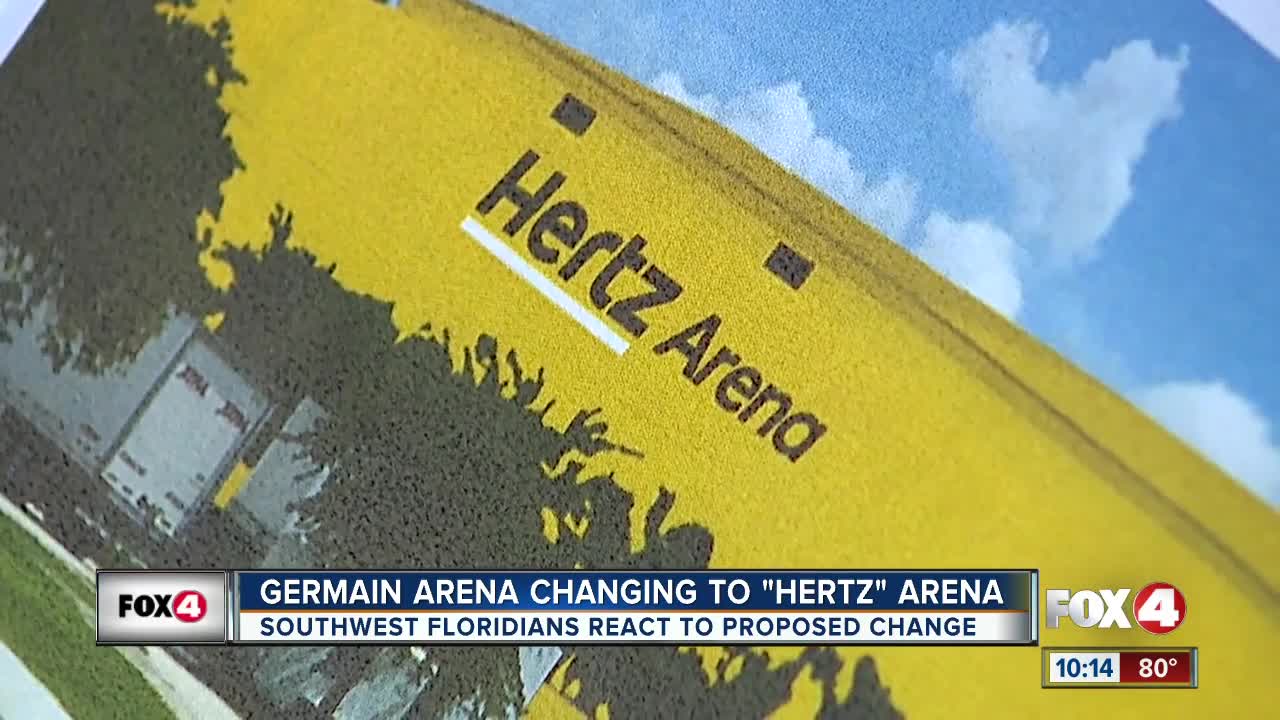 Germain Arena will be changing to Hertz Arena and could be painted bright yellow. 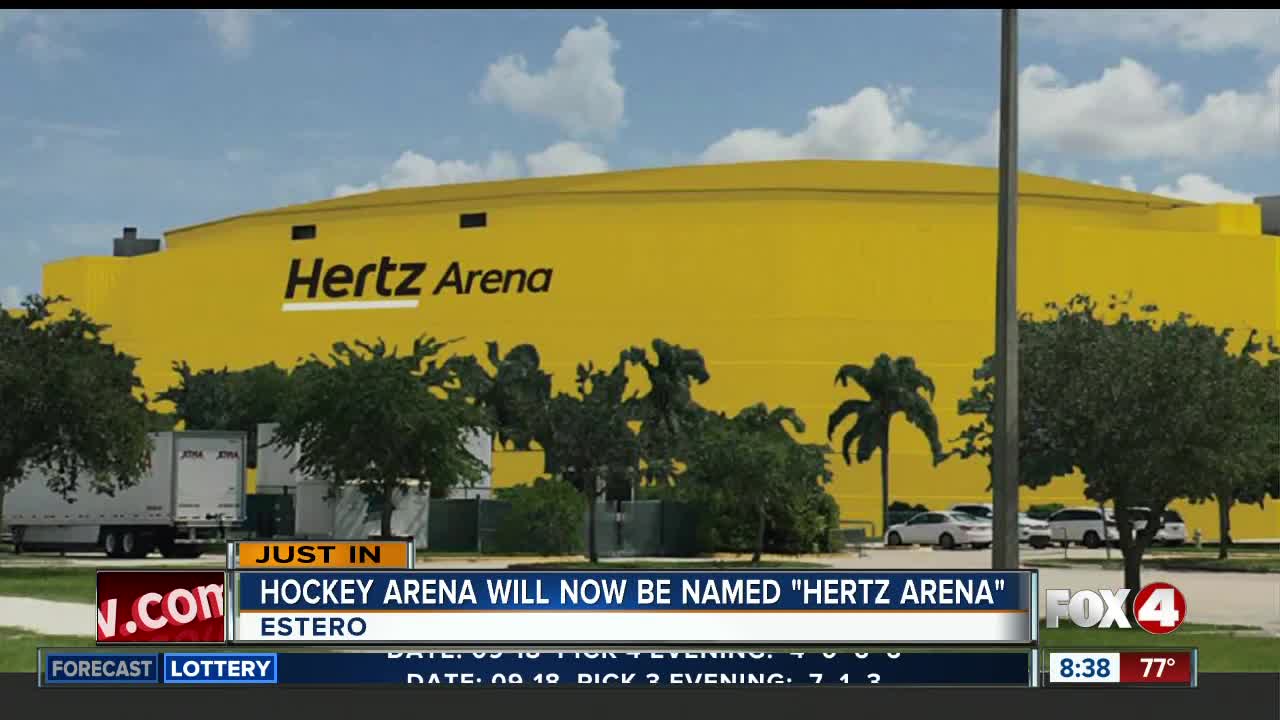 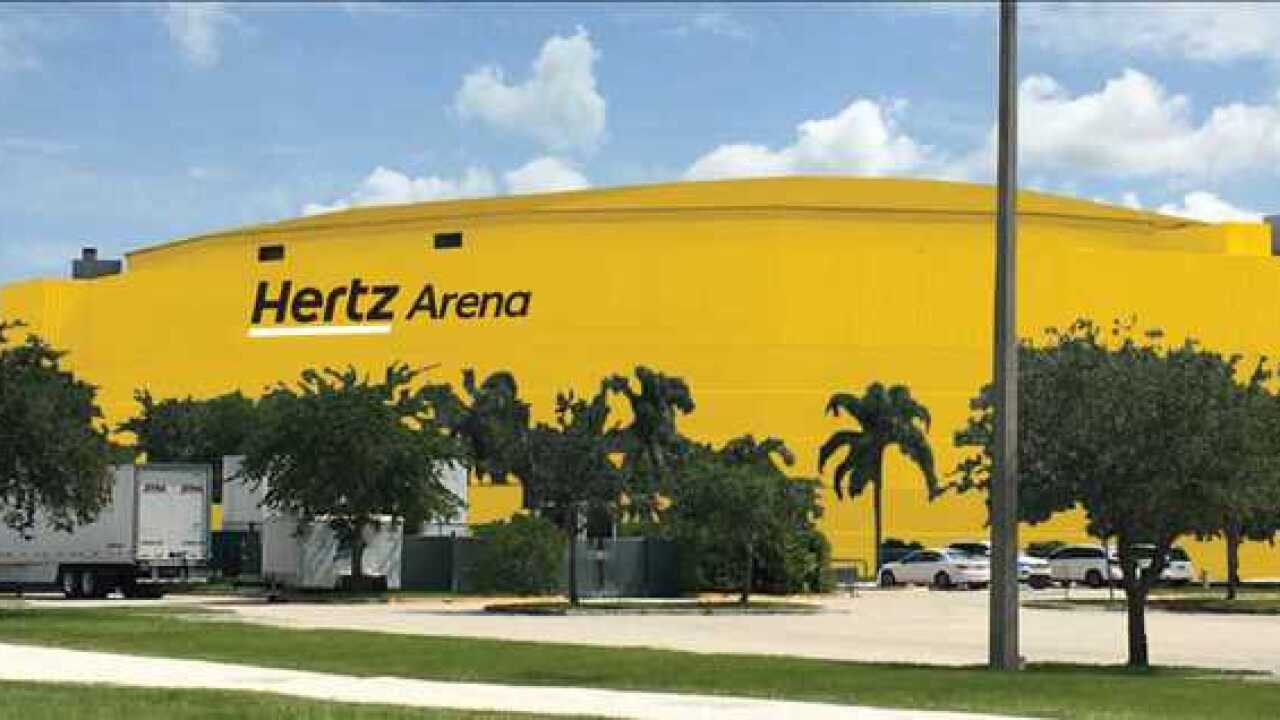 LEE COUNTY, Fla. -- The Florida Everblades hockey team announced Wednesday that their home arena just off Interstate 75 will get a new name and possibly a new paint job.

The building known as Germain Arena will be renamed Hertz Arena under a new agreement with the global rental car company who relocated to Estero in 2015.

The 7,000 seat arena opened in 1998 and was initially known as TECO arena before the change to Germain Arena in 2004.

The facility hosts home games for the ECHL's Florida Everblades and the Florida Gulf Coast Eagles hockey team, as well as many concerts and other events.

The building's proposed exterior design is pending approval from the Village of Estero council.

A Hertz spokesperson sent this response to complaints about the eye-catching proposed paint job:

"We’re proud of the proposed exterior building design because it reflects our iconic Hertz brand and complements our world headquarters in Estero and Southwest Florida. We want to share that pride with the community, those who travel to the area and everyone who attends events at Hertz Arena.

We’re hopeful this design and paint scheme will be approved and we’ll work closely with the Village of Estero to ensure that it meets their standards and requirements."