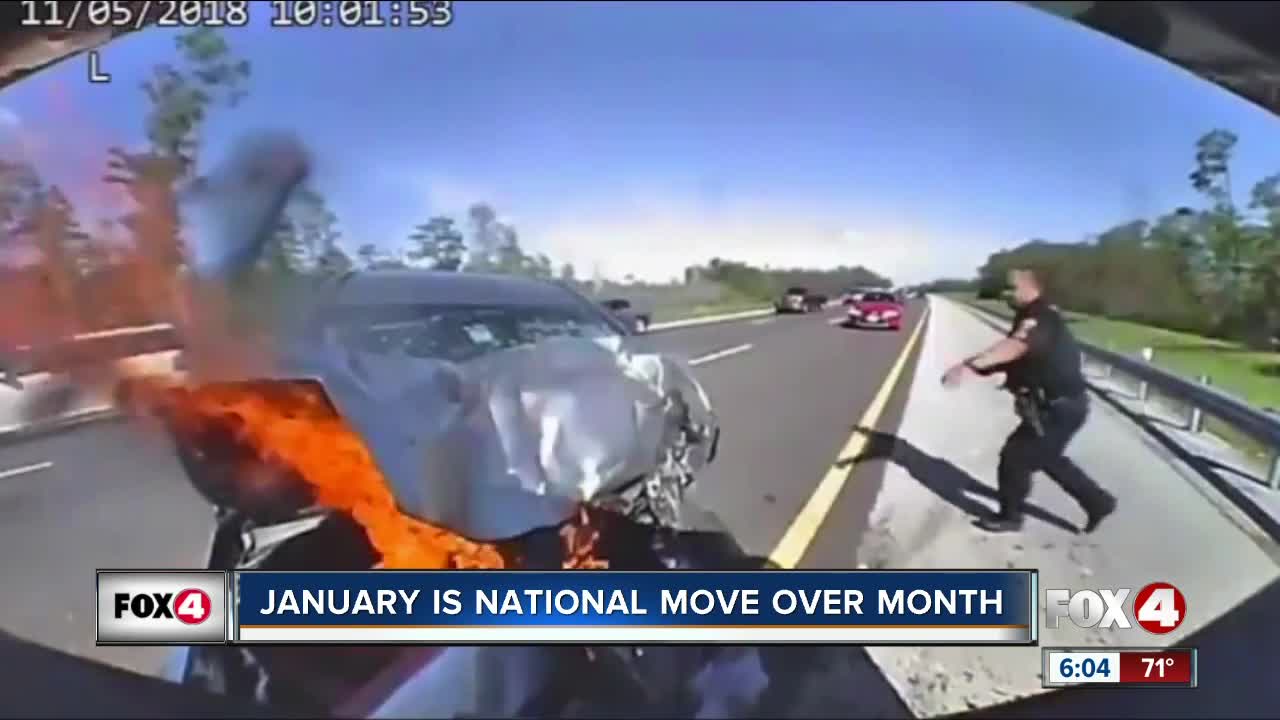 The video captures a close call from November 2018 when a car slammed into the back of a trooper's car.

Trooper Richard Verbiest pulled over to help a driver who was broken down on the side of the road. That's when they say Fernando Espinoza hit him.

Video shows the trooper pull Espinoza out of his mangled car, which was also on fire.

There were 231 move over crashes in Florida in 2018, but Lieutenant Greg Bueno says that number seems low. "Each of us have our own stories where probably we have been hit; I know I have. And each of us have stories, several stories, where we experienced near misses, almost. We know just how dangerous it can become. Because often times as first responders we are standing inches to feet from travel lanes."

Bueno says Wednesday morning's deadly crash on I-75 is another example of how one second can change someone's entire life.