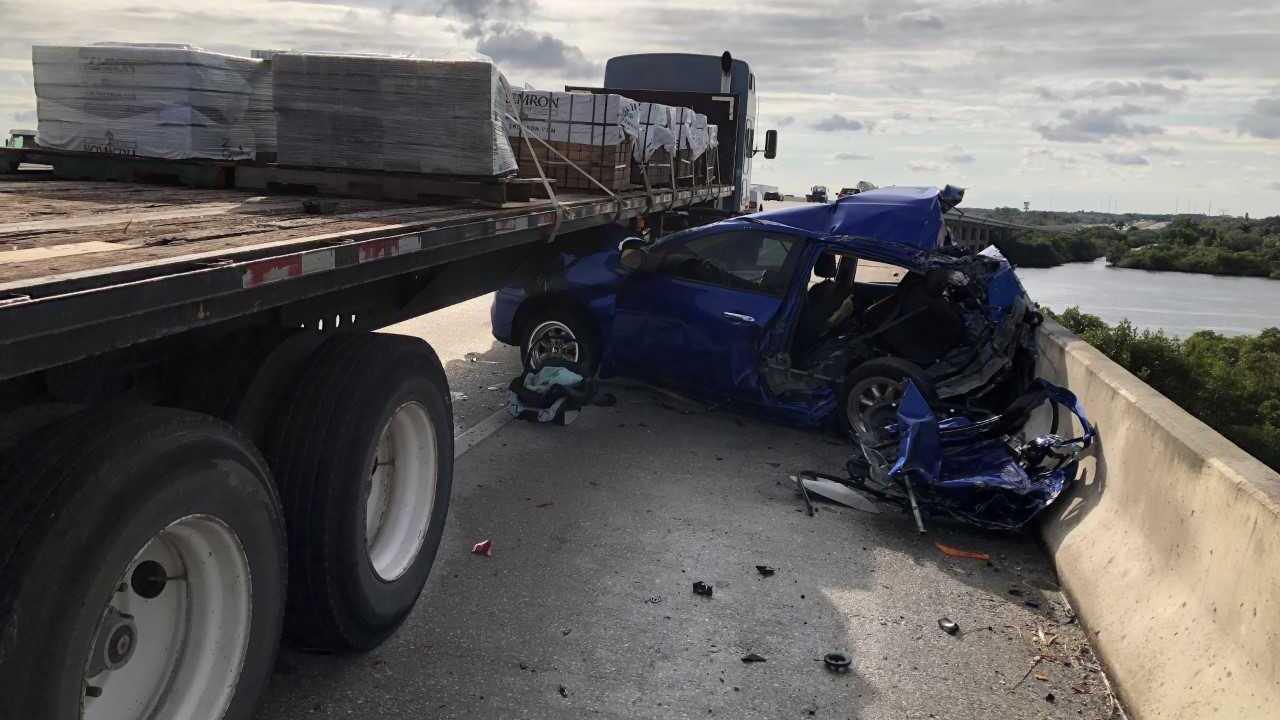 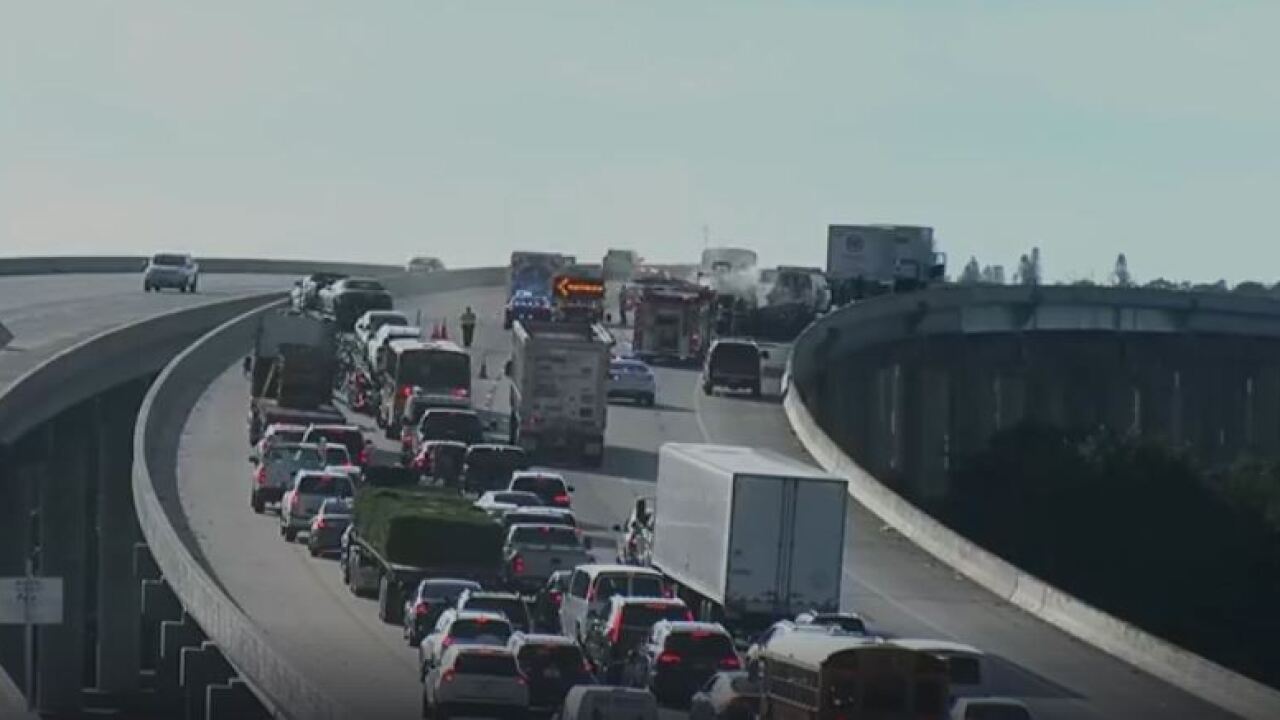 LEE COUNTY, Fla. -- A vehicle fire from a crash on the southbound Interstate 75 bridge over the Caloosahatchee River has killed one person and injured three others.

The crash happened near mile marker 142 on the bridge. just past the Bayshore Road exit in North Fort Myers.

Florida Highway Patrol says that just after 9 a.m., a semi truck stalled and came to a stop in the right lane of the bridge. A van approached the truck in the same lane and began to slow down when it was rear-ended by another car.

The van was pushed into the rear of the truck and along the concrete wall next to the truck. It's driver, 58-year-old Johnny Coleman of Port Charlotte, died at the scene.

After rear-ending the van, the car crashed into the back end of the truck and caught fire. The 24-year-old driver, Miguel Imul of Port Charlotte; and16-year-old passenger Dilia Mateo of Port Charlotte sustained serious injuries and were taken to Lee Memorial Hospital. Another passenger, 9-month-old Heidi Mateo, was critically injured and taken to Tampa General Hospital.

Traffic in the area is reduced to just one lane on the bridge, and as of 3pm was still affected.

Drivers should avoid the area if possible until the scene is cleared. Live traffic conditions can be monitored on the Fox 4 Traffic Page.

Troopers are investigating a multiple vehicle fatal crash on SB I75 at mm 142 Lee Co. The inside left lane is still open but traffic is congested. Plz drive safely! pic.twitter.com/grsnoNDOya