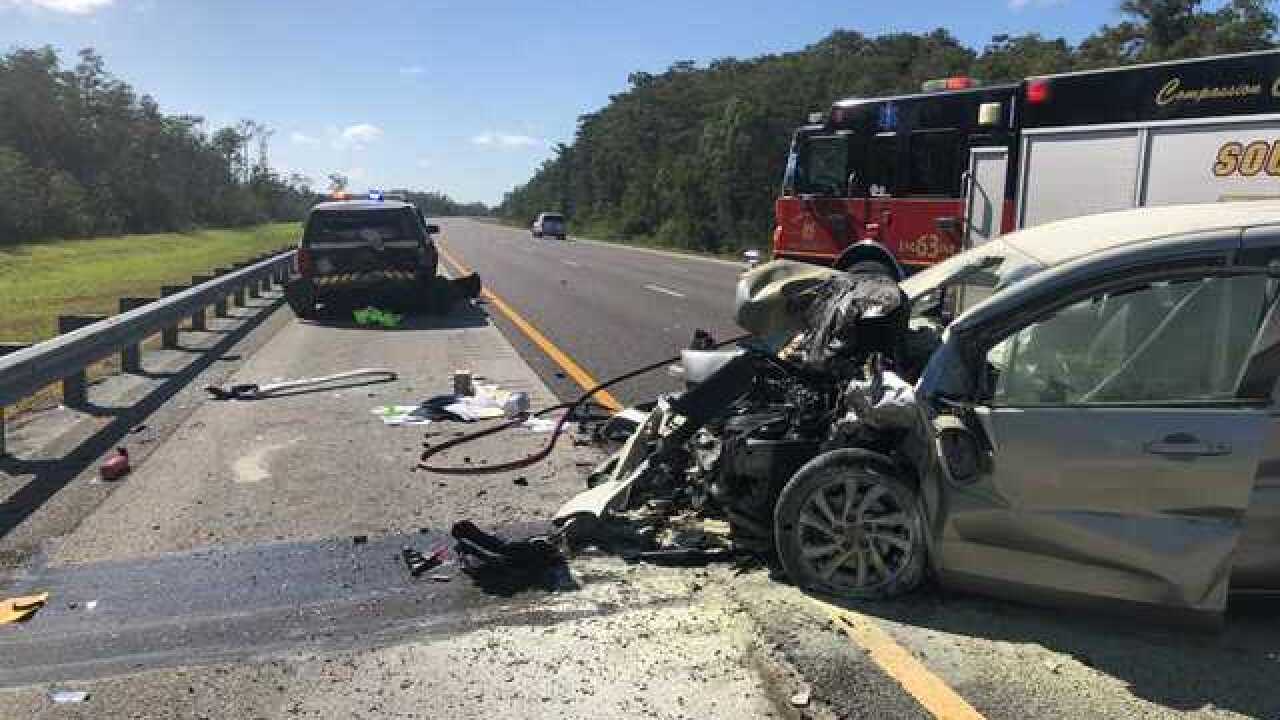 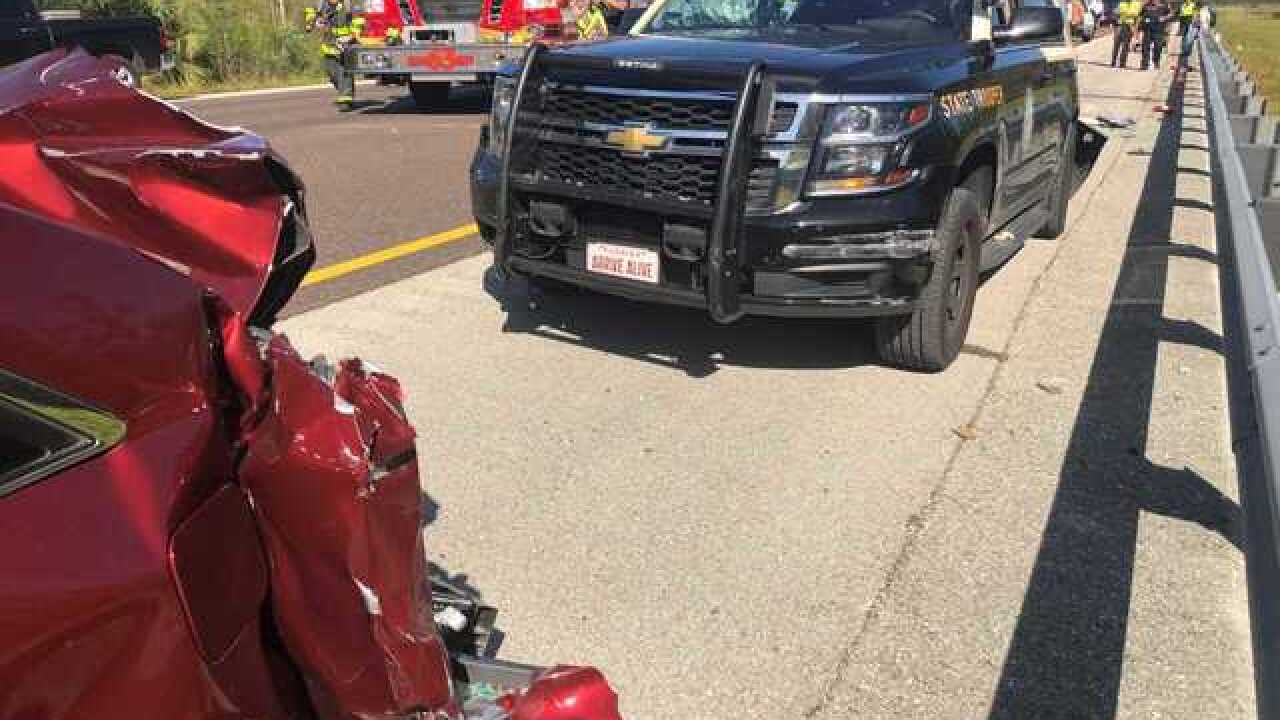 LEE COUNTY, Fla. -- A Florida Highway Patrol trooper and two other people were injured Monday morning in a collision in the emergency lanes of Interstate 75.

It happened just after 10 a.m. near mile marker 134, just past the Colonial Boulevard exit in Fort Myers.

According to Florida Highway Patrol, the trooper was driving southbound and pulled over into the inside emergency lane with his emergency lights flashing to assist the driver of a disabled vehicle.

That's when the driver of a southbound SUV swerved to avoid slowing traffic and entered the emergency lane, when they rear-ended the trooper's SUV, pushing it into the back of the stopped vehicle.

The trooper was injured and taken to Lee Memorial Hospital.

The SUV's driver was also injured and taken to the same hospital.

The driver of the disabled vehicle was standing on the road shoulder when the crash happened and sustained a minor injury.

There's no word yet on whether any charges will be filed.