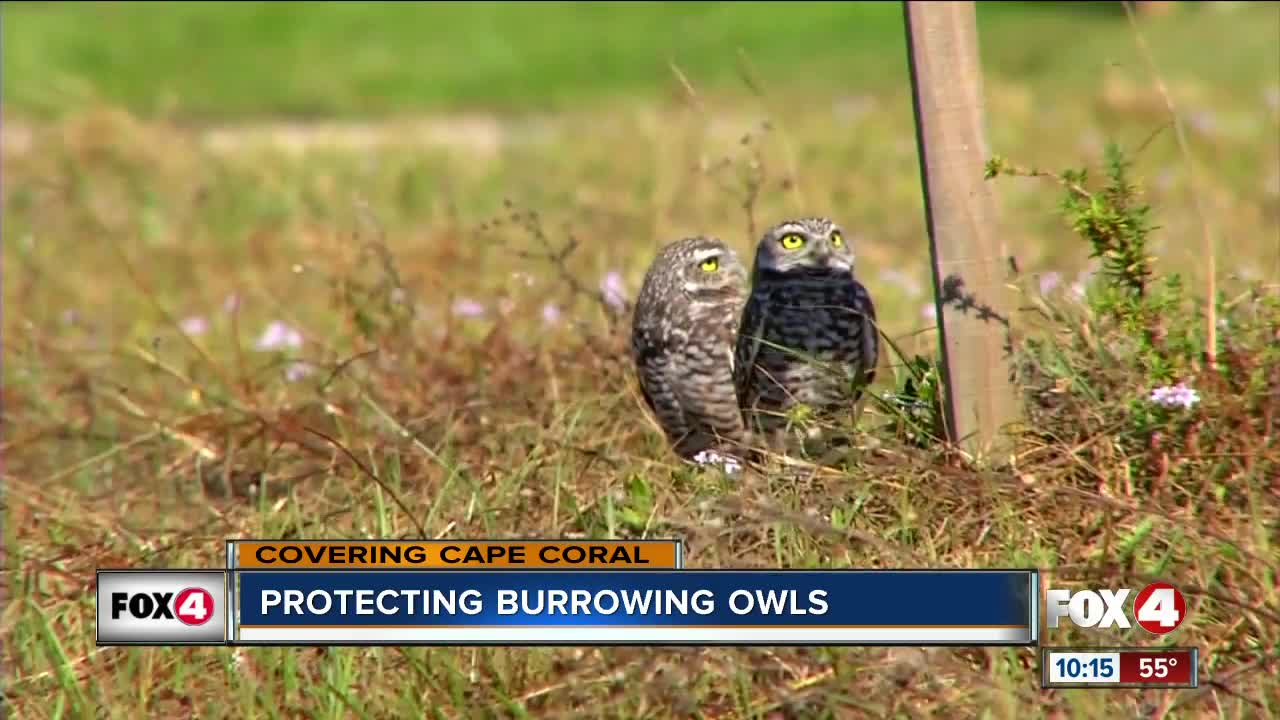 Cape Coral City Council agreed Monday night to set a date to hear your thoughts on the city's "Protected Species" Code of Ordinances.

CAPE CORAL, Fla. - You might think the topic of burrowing owls…is kind of boring, but, many Southwest Floridians actually love looking at them and making sure they're safe, including Cape Coral Friends of Wildlife Vice President Pascha Donaldson.

“The owl is the official bird…and we need to protect it.”

Cape Coral City Council agreed Monday night to set a date to hear your thoughts on the city's "Protected Species" Code of Ordinances.

It currently lists Article I as rules, guidelines and protections for bald eagles. But people like Pascha and City Councilmen John Carioscia, who introduced the bill, want the city to approve Article II: Burrowing Owl Protections.

Those protections would include development standards, permit procedures, penalties and regulations. These aren't new. They just aren't local. They're enforced by the FWC.

Development standards, permit procedures, penalties and regulations would all be documented in Article II. “This ordinance does nothing more than follow what the state statutes dictate", says Donaldson.

Even if you don't care about the owls themselves, Pasha says that's fine. But think about how protections affect the bottom line. “Our owls bring money to the Cape.It brings people to the Cape. Therefore the hotel industry benefits, the restaurant industry…so economically…it’s a smart thing to protect our burrowing owl.”

Council set the date tonight to hear what you think about protecting the owls. That meeting is scheduled for January 7, 2019.