Protecting your holiday decorations from vandals and thieves 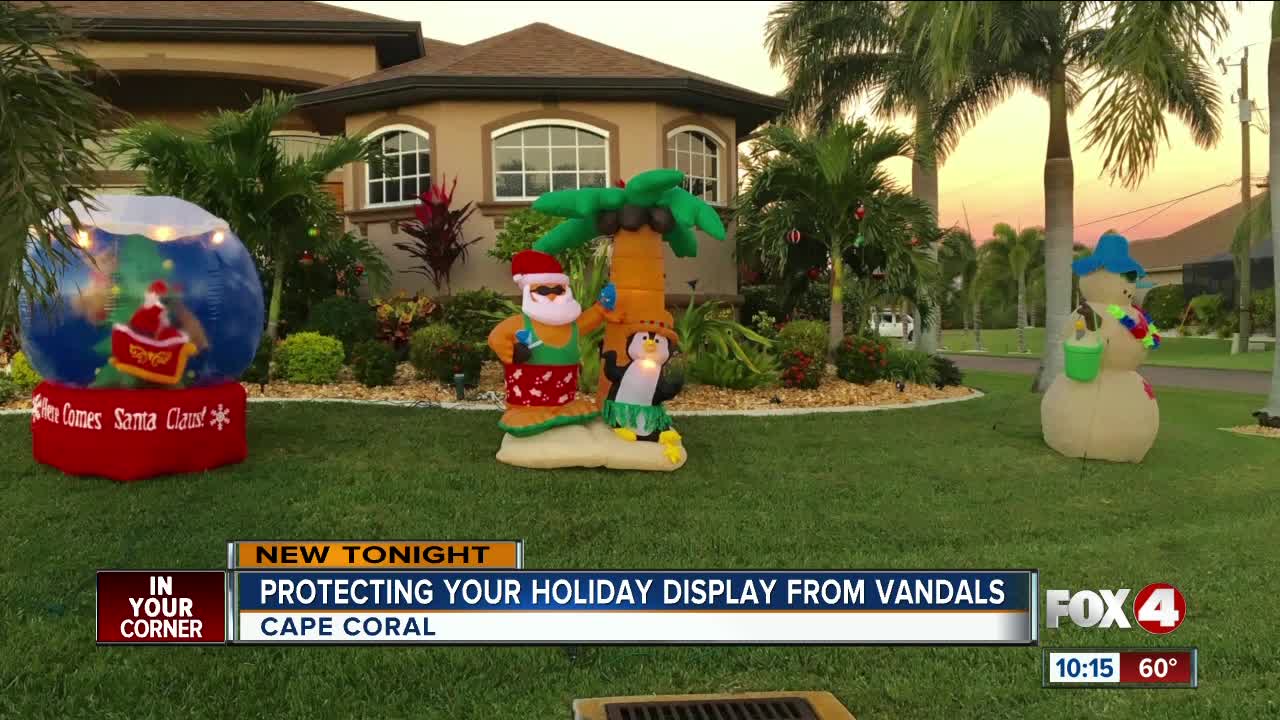 Protecting your holiday displays from vandals

CAPE CORAL, Fla. - It's clear that you want a neighbor like Bob.

His neighbor Steve Warren says "Bob is the nicest guy. He will do anything for any body." Which is why their Cape Coral neighborhood was stunned to wake up Wednesday morning and discover that Bob and Cindi Kent's Christmas decorations had been vandalized.

"It was heartbreaking. It was just sad that someone would say 'You know what? We're just going to destroy your property and (uhh) leave", Bob said. It was caught on Steve's Ring camera, and now Cape Coral Police Department reminds you to secure your decor both inside and outside.

"People just like to ruin the fun sometimes", Corporal Philip Mullen said. But, he says vandals could be the last ones laughing. "Those things are expensive, and that's going to be a criminal mischief charge - which if it's over a certain dollar amount can be a felony."

Cape Coral Police Department suggests deflating inflatables before you going to bed, and to get a security camera system if you can. "Security cameras are getting cheaper all the time...and if they do wreck your home...we've got something to go on."

Cape Coral Police Department also reminded the community today to make sure your home and car doors are locked before you go to bed.