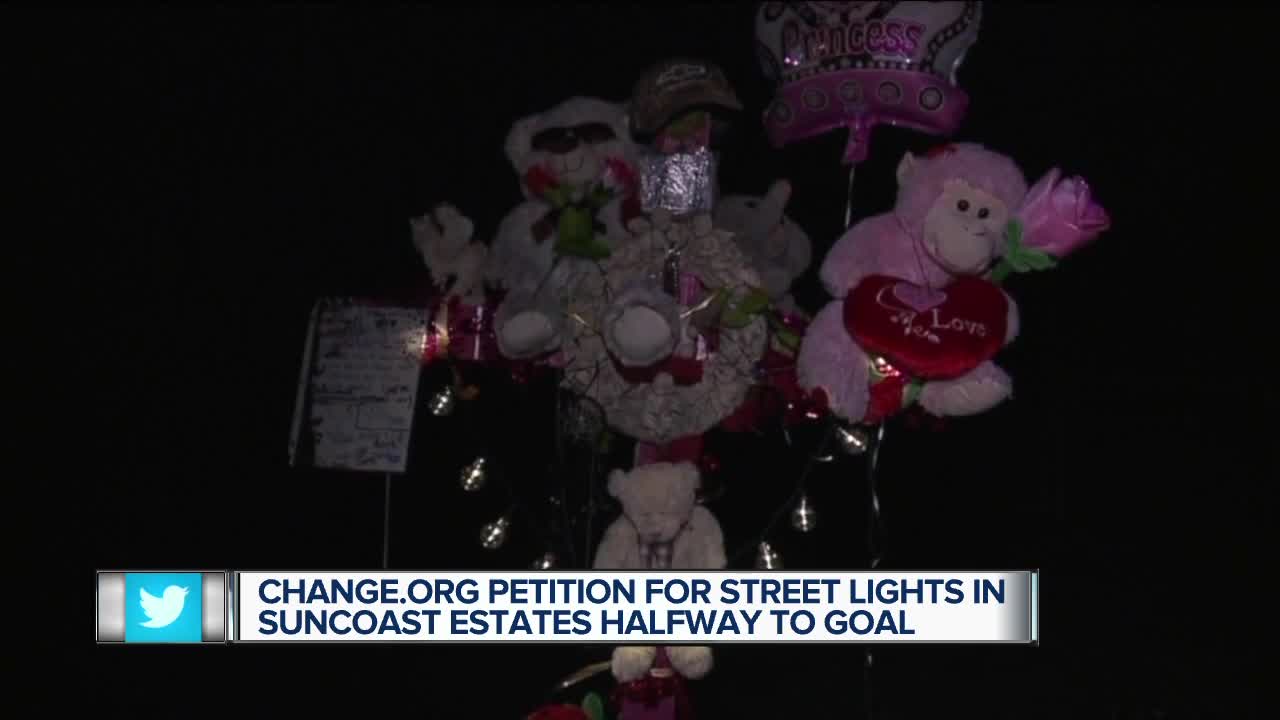 Now there's a new petition to bring street lights to the Suncoast Estates community where 14-year-old Allana Staiano was killed.

LEE COUNTY, Fla. -- The street were a fatal hit and run happened on a teen pedestrian over the weekend has no street lights.

Now there's a new petition to bring street lights to the Suncoast Estates community where 14-year-old Allana Staiano was killed.

It's on Change.org, with a goal to collect 1,000 signatures.

In just a few days, the petition is more than halfway to its goal.

On Saturday night, Staiano and a friend were walking along McDaniel Drive in North Fort Myers when they were both hit by a car that fled the scene. Staiano did not survive, and the friend was injured.

Three days later, 23-year-old Courtney Gainey turned herself in to deputies after a warrant for her arrest was issued. She remains in jail on $100,000 bond.