A 14-year-old girl dies in alleged hit and run 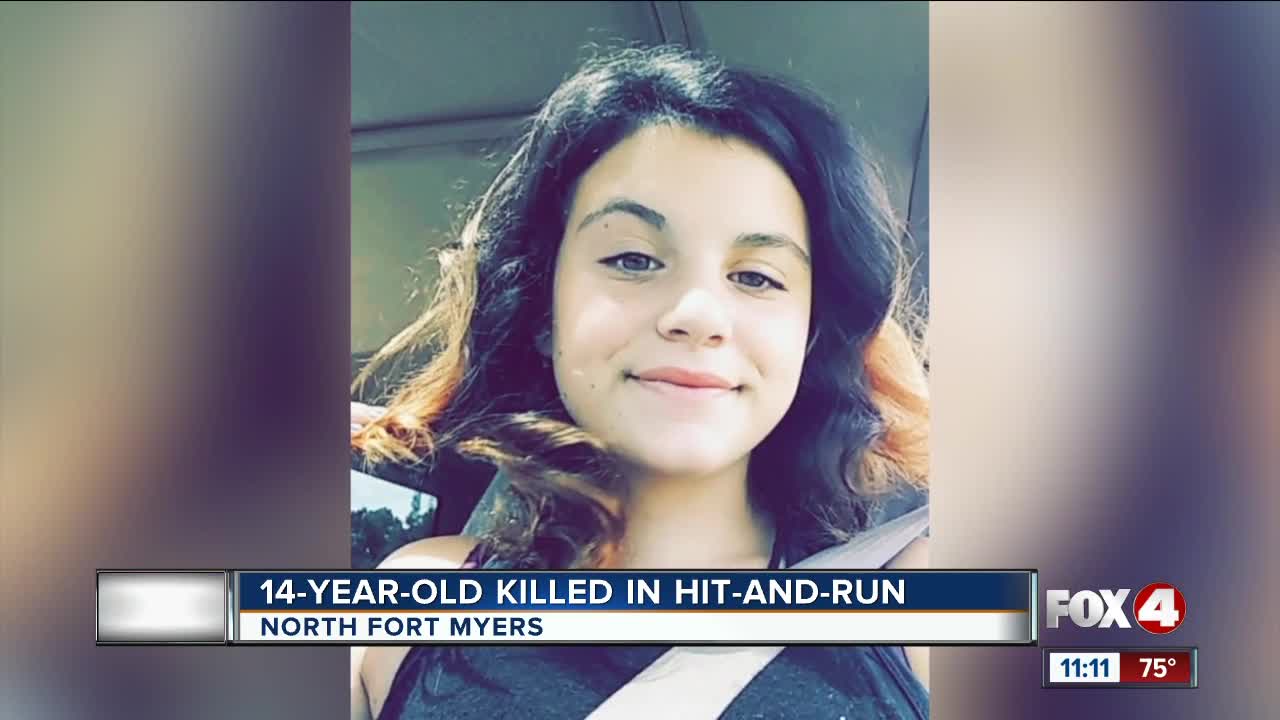 Some living in the Suncoast Estates community tell us 14-year-old Allana Marie Staiano was a 7th grader at Caloosa Middle School.

Stewart says that’s when a car came from behind.
The passenger side mirror of an unknown vehicle struck her and knocked her to the ground.
“It hit me in the arm, and then flew and hit her,” she tells FOX 4.

She says the impact caused her to black out and though the details are hazy, her memory of what happened after is very clear.
“When I woke up, she (Allana) was way over there past the mailbox. She was breathing, but barely. Her skin was getting cold.”

Her death comes almost two months after her 14th birthday. It also happened three nights prior to the one year anniversary of 12-year-old Alanna Tamplin’s death. While walking with her best friend, Tamplin was hit by a driver on January 14th, 2019.

Mary Miller was the driver sentenced to a $1,000 fine in that case. Her license was suspended for six months, and 75 hours of community service for her connection to Tamplin’s death.

Neighbors who live on McDaniel Drive say more needs to be done.

Taylor Stewart suffered injuries to her arm and elbow Saturday night.
But she says what hurts more is losing her best friend, and the lack of compassion shown by the driver.
“They could’ve stopped and asked if we were okay at least.”

As a memorial builds near the site of the alleged hit-and-run, many gathered throughout the night to remember Allana.
They sat at the base of a cross which now stands near the scene.
That’s where they reminisced, laughed and cried together.

Taylor says Allana will be remembered for her one-of-a-kind spirit.
“Her personality was amazing. She loves all her friends. Her family. Her new puppy.”

We’ve reached out to the Lee County Sheriff’s Office for more information.