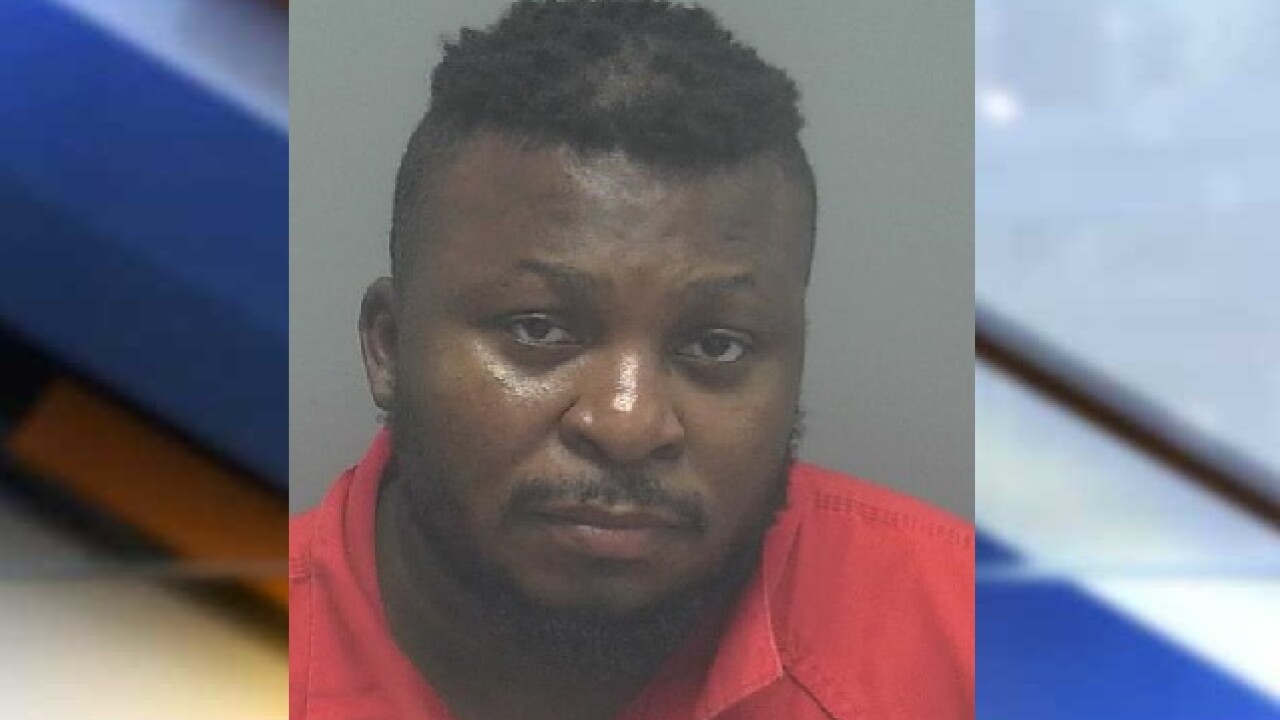 FORT MYERS, Fla. -- Police have arrested a man who claimed to be a deputy and veteran and was harassing a woman about attending a charity event.

39-year-old Anthony Adetutu of Lehigh Acres is charged with False Impersonation of a Law Enforcement Officer and Resisting Arrest/Obstruction without violence.

According to Fort Myers Police, a woman says Adetutu approached her in the area of Lee Boulevard and S.R. 82 on October 30th and identified himself as "Lt. Prince." She says he claimed the Sheriff’s Department was hosting a charity benefit for children with cancer and showed the female a badge, attempting to coax her into attending the fake event.

Suspicious about his claims, tHe woman contacted Fort Myers Police, who confirmed that the man is not a Lee County Sheriff's employee or a member of any law enforcement agency.

Detectives arrested Adetutu Wednesday and released him on $6500 bond the same day.

Detectives believe Adetutu has attempted to interacted with additional females in the area. If anyone has been approached by Adetutu in this manner please call FMPD Detective Nicholas Toma at (239) 321-7812 or email ntoma@fmpolice.com.

This is the 2nd arrest in Lee County this week for a man impersonating law enforcement. A Fort Myers man was arrested Tuesday for driving a Bentley customized with equipment found on patrol vehicles.