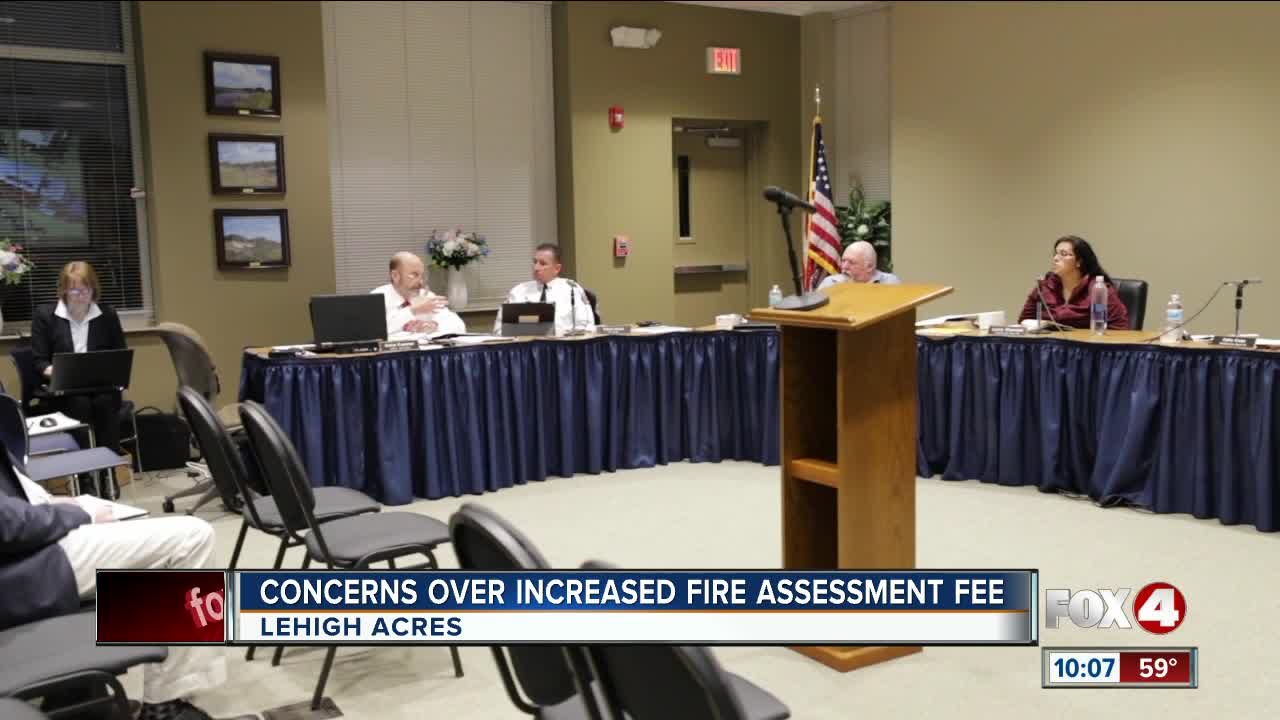 LEHIGH ACRES, FLa. — One local community sharing frustration in possibly having to pay more for their property.
It’s your money and you want to know where it’s going. One of the questions residents want answered is whether or not they'll have to pay more money.
Talk of an increase in fire assessments had Facebook swarming with concerned Lehigh Acres community members sharing their thoughts.
Tyler Woodby is a resident and he said: “if people are not informed then you’re just not gonna know whether or not you can afford to live here".
Fox4 took their concerns to the Lehigh Acres fire and rescue district meeting tonight. Where district leaders denied our efforts for an on-camera explanation.
The commissioner says the district is looking at ways to bring in money to pay for its service and expand them. Some of those ways include a new cellphone tower lease and leasing out a fire station.
He says the benefit of an assessment program is that it creates a steady revenue stream so that the quality in rescue services doesn’t suffer.
However, he says the district is in the early stages of considering an increase in an assessment or alternative means of funding and they are nowhere close to a conclusion.

That’s why residents say it’s important to keep sharing concerns with the district.

Tyler Woodby says “it again falls on us the public .“ If we don’t exercise our voice we lose it.”

Commissioners say that they are willing to hear the concerns of the people who live in Lehigh. They ask that you attend their monthly meetings and complete comment cards to make sure your voice is heard.