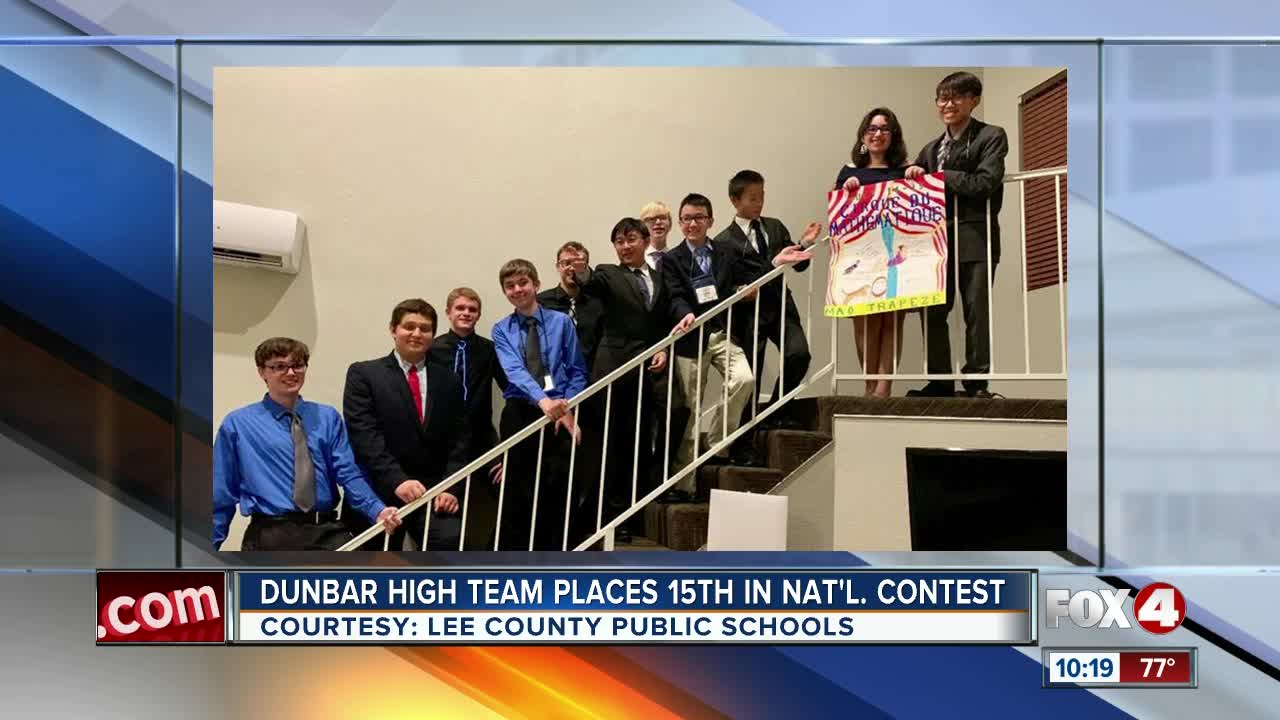 From open speed math to calculus, the Dunbar Tigers made SWFL proud.

Dunbar High School recently competed in the National Mu Alpha Theta math competition held in Las Vegas. In only its second year of competing at nationals, the team finished in 15th place.

Dunbar has quickly risen from anonymity to become one of the top math teams in the nation. The members of the team brought home numerous awards and are looking forward to having an even stronger 2019-20 competition season.

Below are the individual winners who were led by head coach Phillip Savage.