Diver gets up-close experience with whale shark off Naples 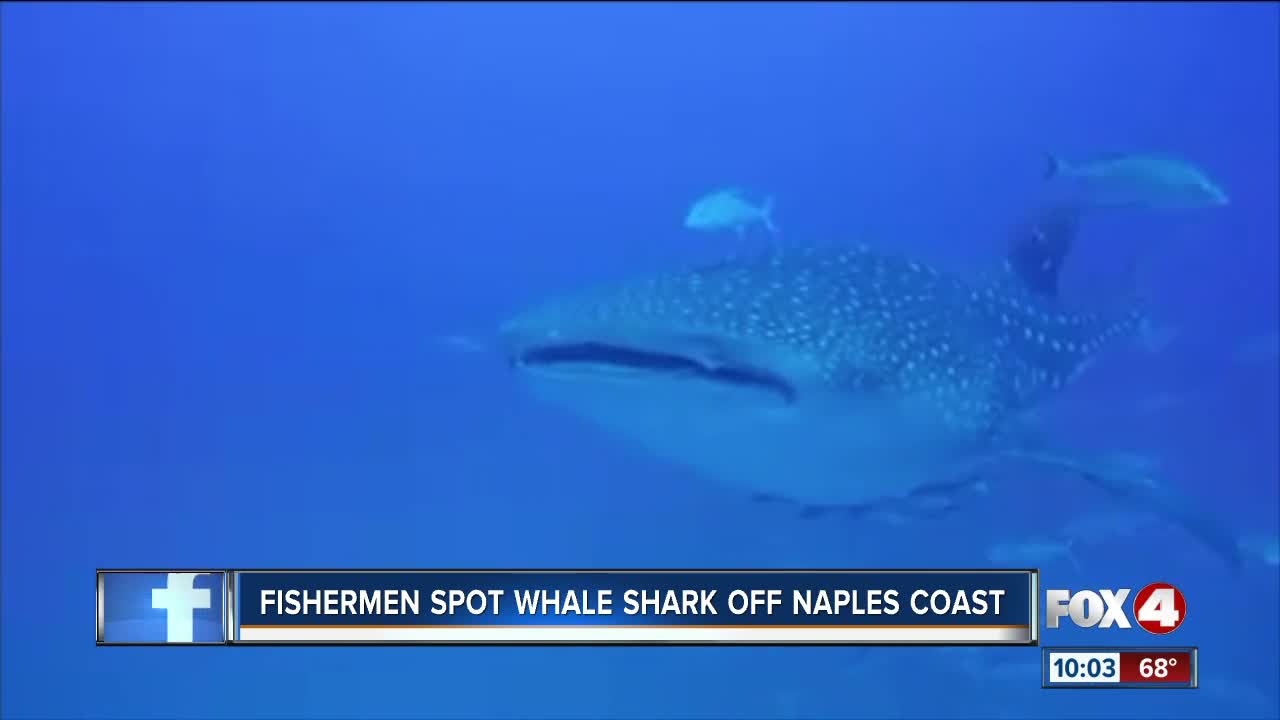 The chance to swim with an ocean behemoth would be a dream come true for most boaters.  But one Naples man has experienced it twice now. 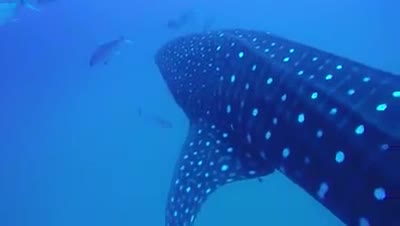 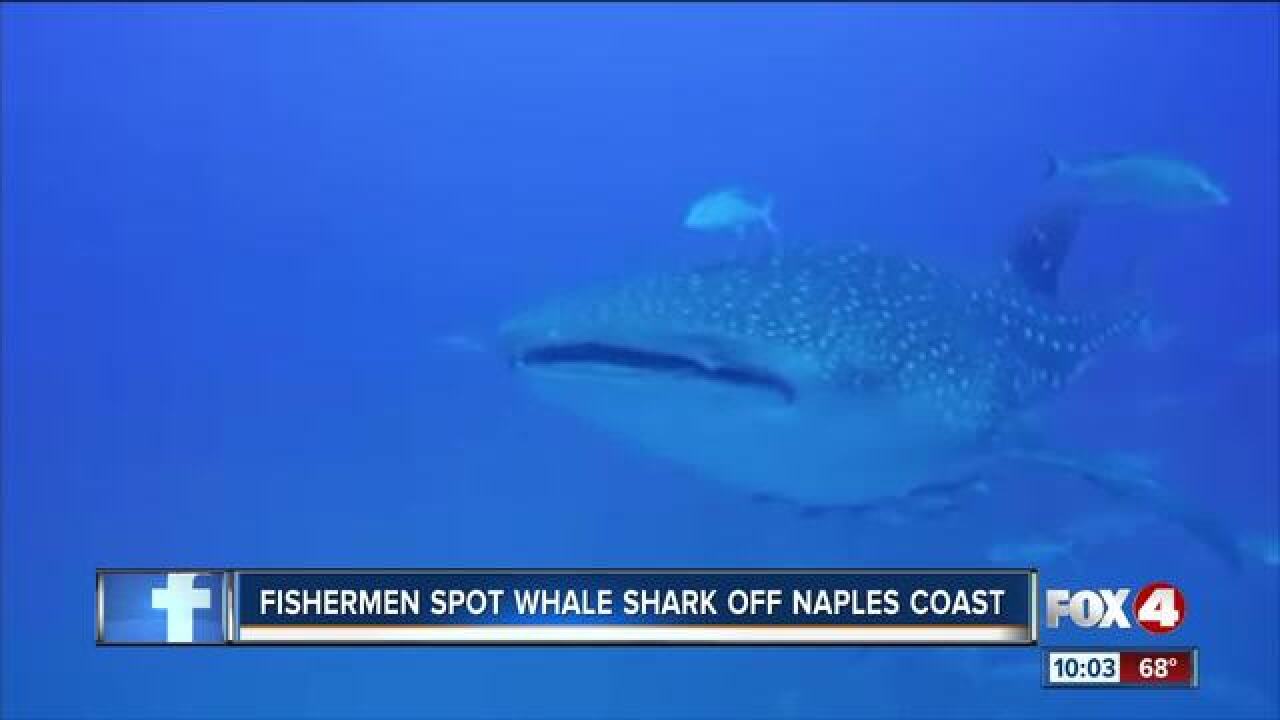 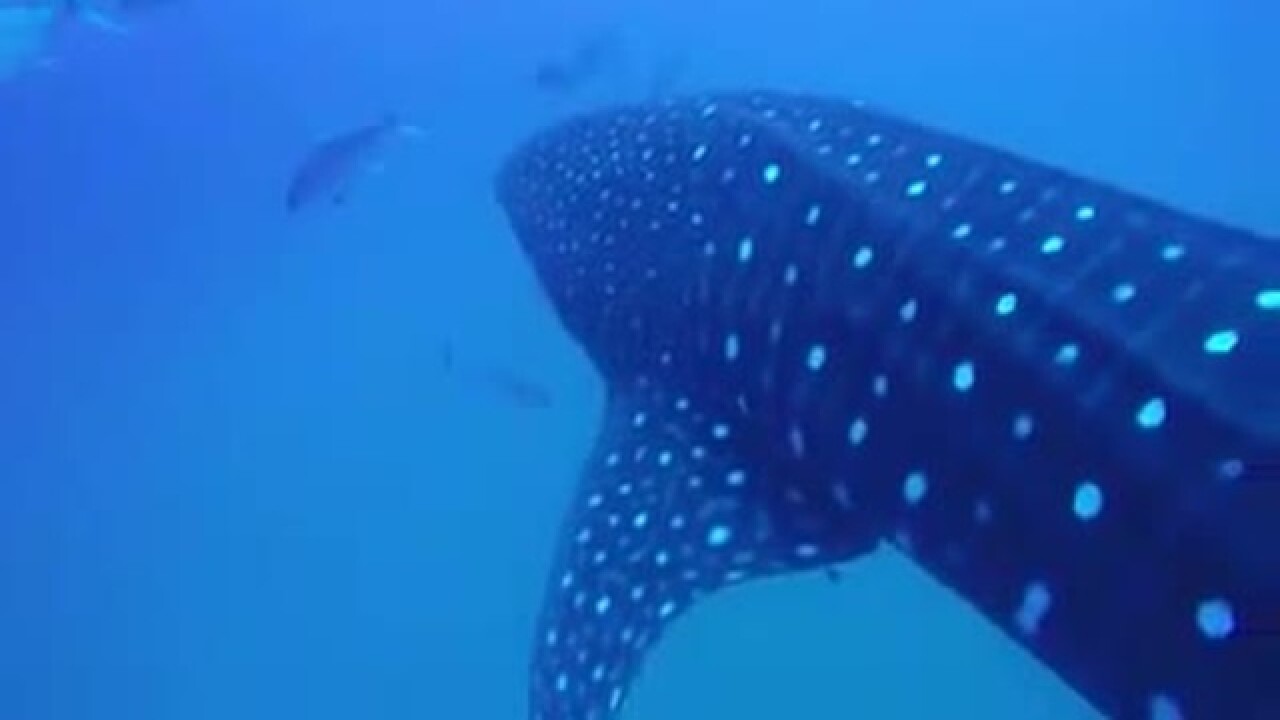 COLLIER COUNTY, Fla. -- The chance to swim with an ocean behemoth would be a dream come true for most boaters.  But one Naples man has experienced it twice now.

"It's about as big as they get, it was like 40 feet," said Mike Ross, after swimming with a whale shark.

Ross says he was diving near an old Air Force radio tower off Naples when the giant fish appeared.

"I could practically touch it, it was right there."

With its leathery skin and spotted scales, the creature looks more like a giant shark than a whale, but like a whale it eats mostly plankton.

"It's pretty surreal, when you see it's mouth which is like 10 feet across itself, and the whale shark is 40 feet long, you feel really small," said Bill D'Antuano, who was also on the boat.
The pair were about 60 miles off the coast of Naples when they encountered the creature.  Ross says it's a good sign to see marine life thriving again, especially after a rough summer of algae and red tide.
"It was a nice relief, we didn't see any signs of red tide at all out there.  It seems like everything is back to normal, lot of fish out there."

Ross previously had a whale shark encounter two years ago.

Whale sharks are a rare sight in the Gulf of Mexico, but not unheard of.

This summer, there were several sightings of a group of five whale sharks off the Florida west coast. Not long after these sighting, though, a dead whale shark washed up on Sanibel, likely a victim of red tide.