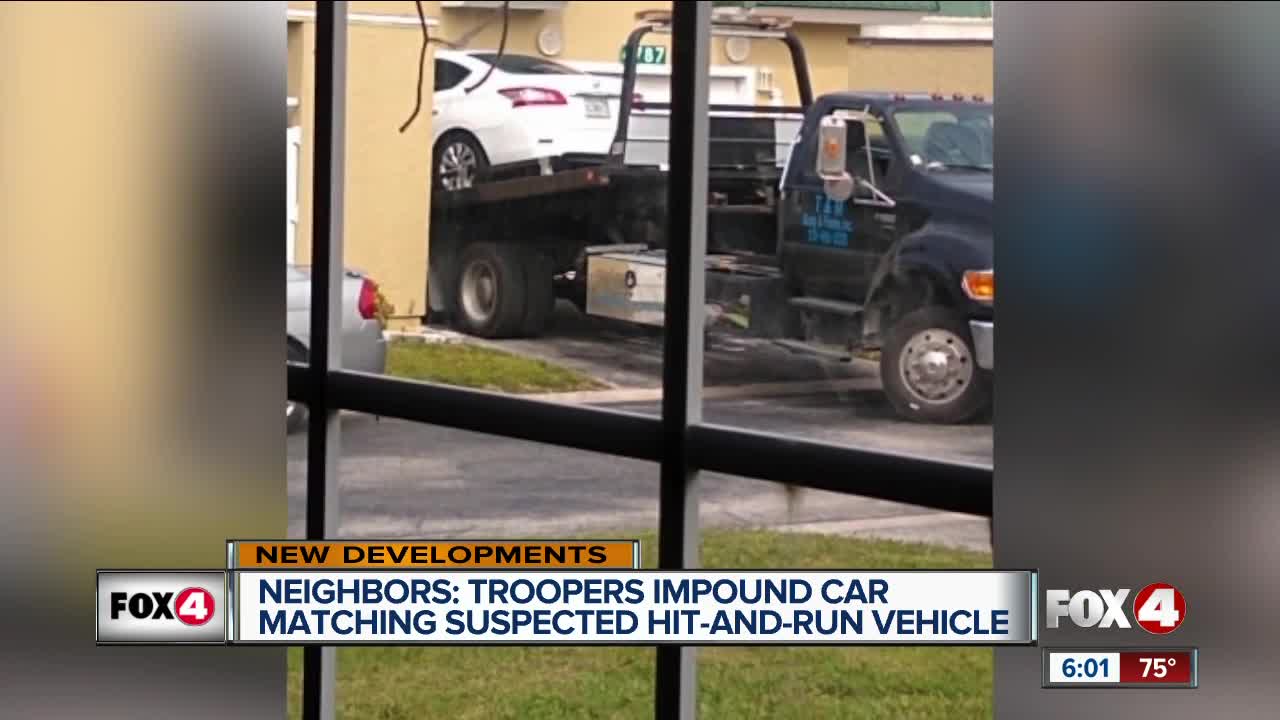 A Fox 4 viewer shared photos showing a white passenger car with front end damage being towed away in their neighborhood after several deputies arrived. 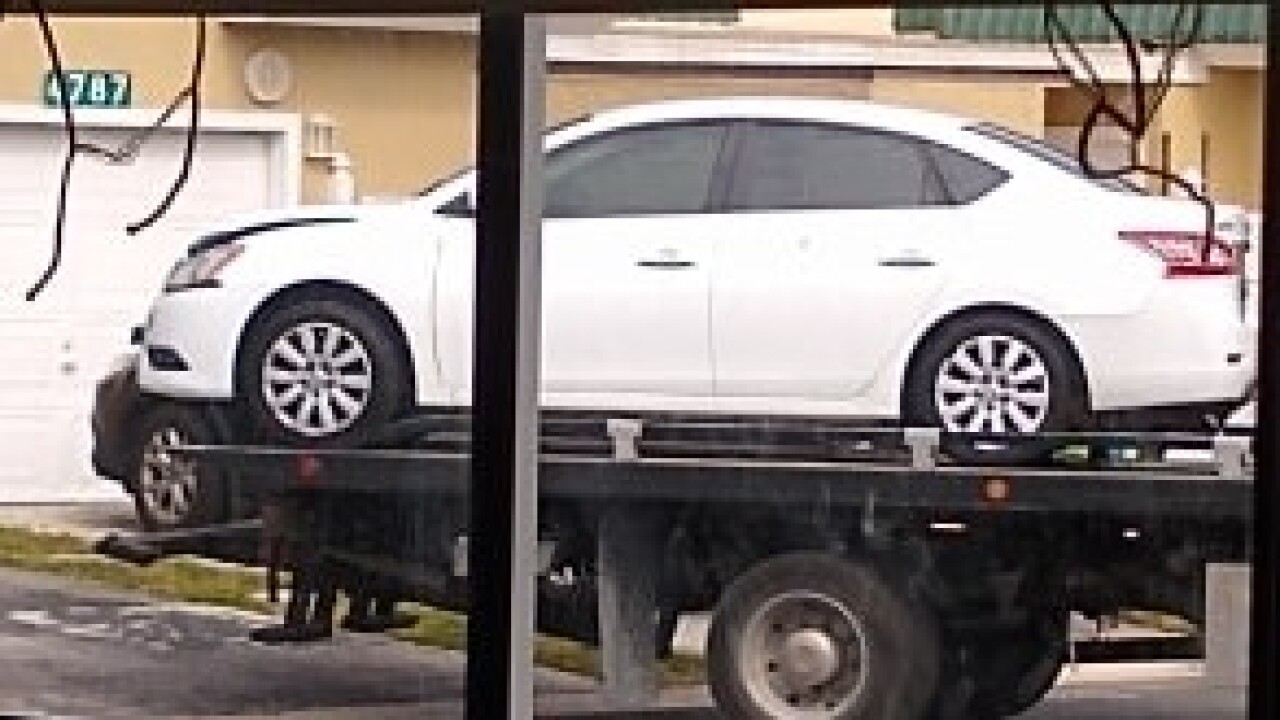 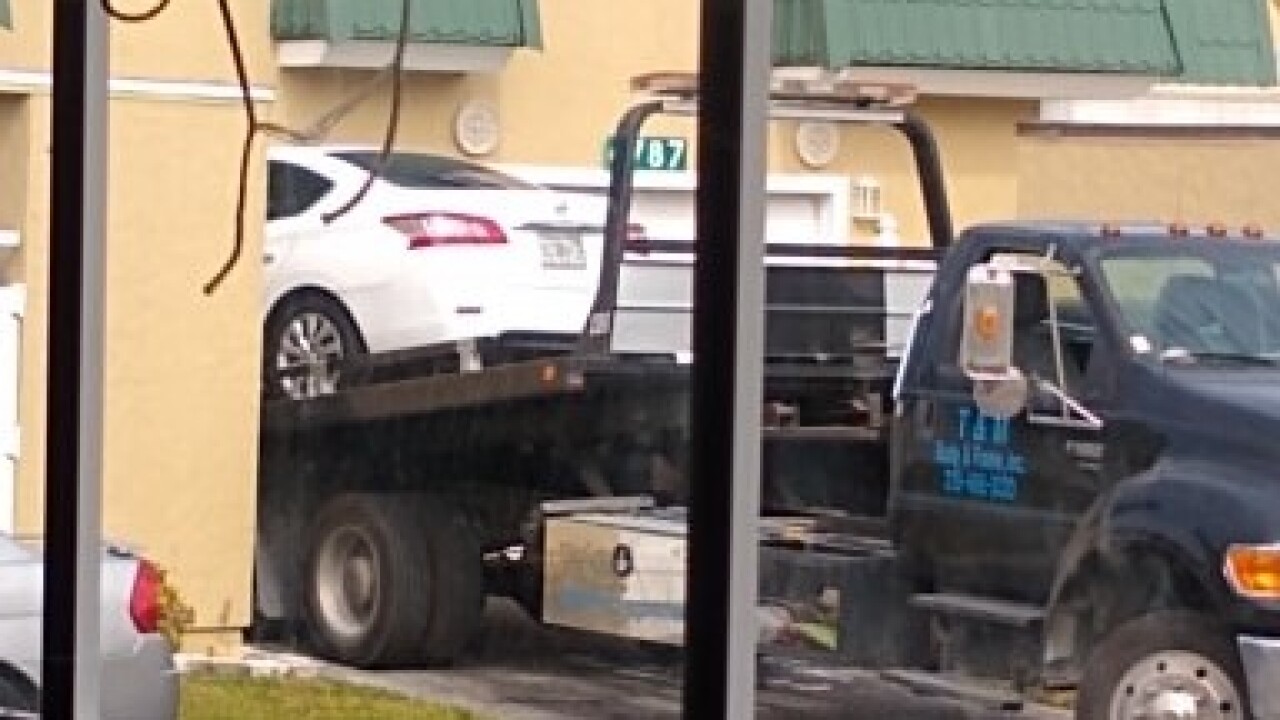 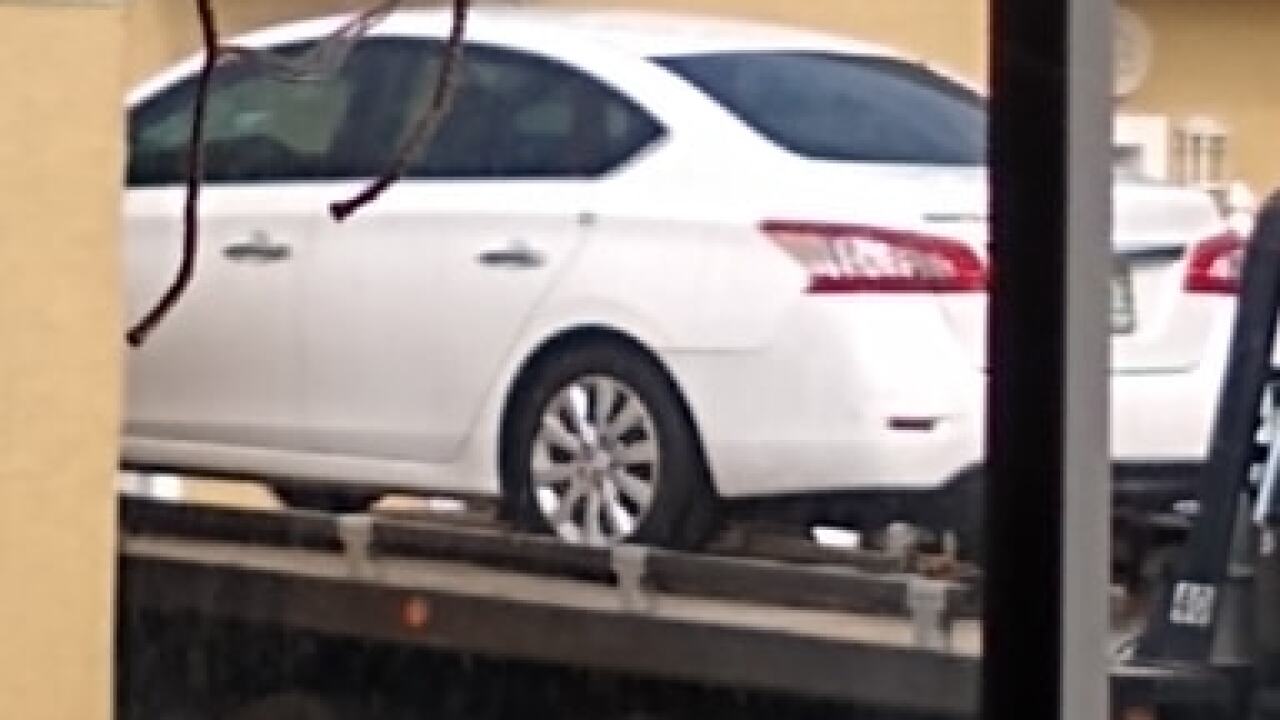 LEE COUNTY, Fla. -- We're working to find out more about a vehicle being impounded in Southwest Florida that matches the description of a vehicle sought for a fatal hit and run on a pedestrian this week.

A Fox 4 viewer shared photos showing a white passenger car with front end damage being towed away in their neighborhood after several deputies arrived.

The car appears to match the description of a car sought by Florida Highway Patrol after a Fort Myers woman was hit and killed Wednesday night on McGregor Boulevard. The driver in that incident fled the scene.

Troopers say they are looking for a white Nissan passenger car in connection to that crash.

FHP says 63-year-old Anita Johnson was walking north on the sidewalk of Mcgregor Boulevard near John Morris Road when she attempted to cross McGregor and was hit by a northbound vehicle.

We've reached out to FHP, but they are not yet commenting on the case.

RELATED: Family and friends of woman who died from hit and run speak out