Fox 4 spoke with one of those men who says this act won't slow his race to the State House. 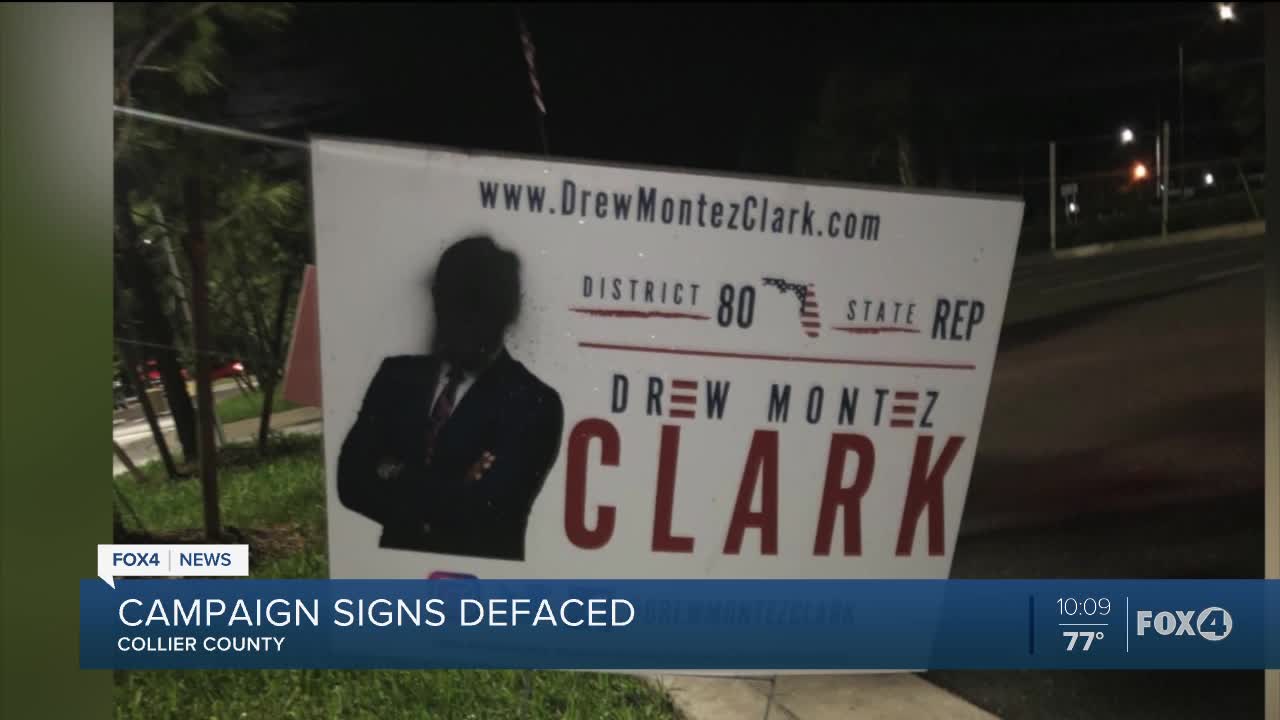 The hunt is on for a person who allegedly defaced the campaign signs of two black, conservative candidates.

COLLIER COUNTY, Fla. — The hunt is on for a person who allegedly defaced the campaign signs of two black candidates.

Drew Montez Clark is running for the Florida House of Representatives District 80 seat.

In planning his campaign, he says he didn't anticipate getting the call he did Saturday night.

That's when he learned someone used a can of spray paint to deface his campaign signs.

The person covered the candidate's face and also spray painted over the face of Congressional candidate Byron Donalds.

But, the vandal did not stop there.

“He was beginning to write the word n***** on the sign before he was encountered,” Clark said.

Another candidate, Jim Molenaar, caught the suspect in the act.

Molenaar, who's running for Collier County Clerk of Court and Comptroller, was able to take pictures of the scene.

But not before he was threatened, Clark says.

"He proceeded to threaten that gentleman. He said he was going to kill him because he was taking pictures."

Clark says the motive behind the incident is obvious.

"Despite there being many other candidates, and many other signs, our were the only ones that were defaced. It's hard to believe that this was not racially motivated."

According to the Clark campaign, the suspect took off in a gray Hyundai Sonata.

The signs were placed near Oakes Farm's Seed to Table restaurant in Naples.

He called for help to "bring the criminal to justice", and offered a $500 reward to anyone with information that leads to an arrest.

The Clark campaign describes the suspect as a younger to middle-aged white man.

Based on the photos, they say he appears to have a brace on each knee.

They also say he could be balding.

The husband and father of three says while the act concerns him, his campaign plans to move forward - emphasizing that this was a solo act of "racism".

Clark says he's filed a police report with the Collier County Sheriff's Office, and asks anyone to share leads with deputies.