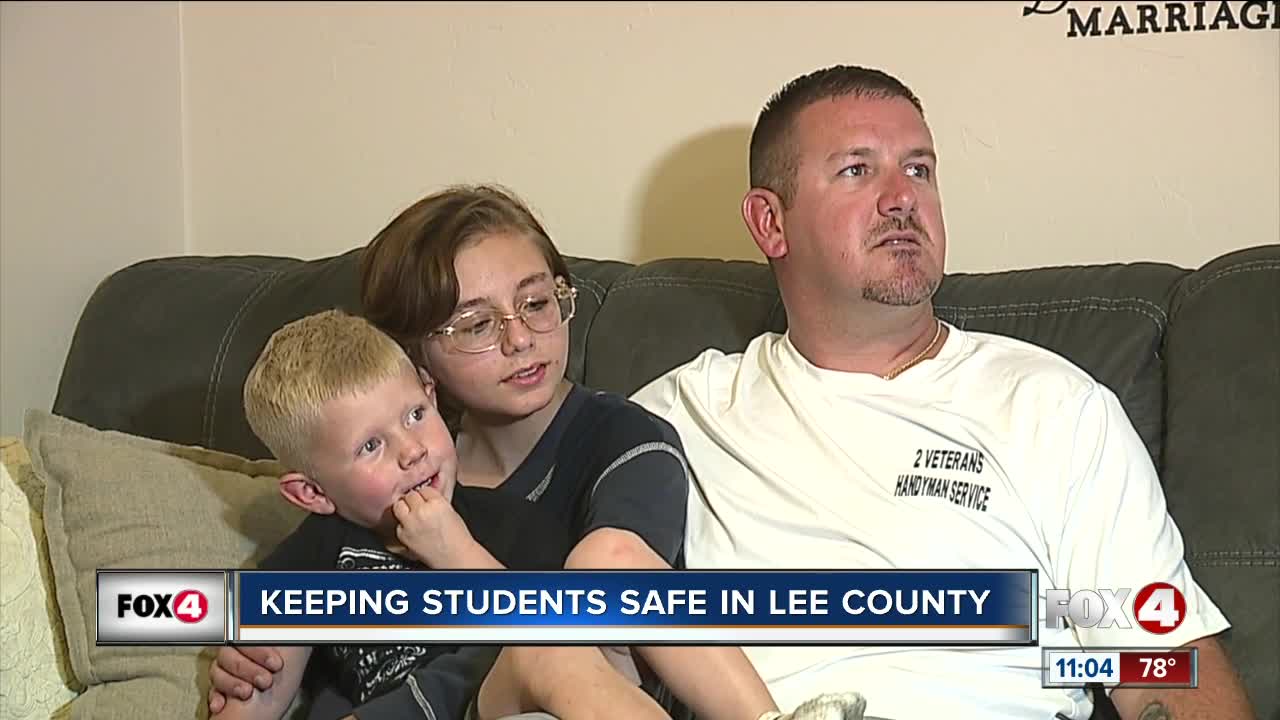 His father, Todd Williams, tells us he trusts the leadership of the Lee County School District. His only concern is bus stop safety.

FOX 4 asked Superintendent Gregory Adkins for his best for you.

“Make sure your kids know where they need to stand. They need to away from the road. At least six feet away from that road standing in a safe location,” Adkins says.

In addition to school resource officers and emergency training for staff, he says the district has worked hard during the summer months to ensure schools are as safe as possible.

“You’ve seen a lot of progress over the course of the summer to making our schools more safe and more hardened.”

Part of that, he says, means restricting entry into the schools.

“It’ll be monitored. It’ll have video surveillance. It’ll be locked down. You won’t be able to get through unless you produce identification.”

Parents like Todd also wonder about an age-old problem: bullying and the reluctance of kids his daughter’s age to report it.

“The concern with kids her age is that they keep things bottled up,” he says.

“If you see something, report it. If you’re having an issue, report it so that we can address it as a school district.”

FOX 4 also asked the Superintendent about the political pressure he’s felt, as some school board member tried to push him about last year. He says disagreements are normal, but the bottom line for him is “We’re all about educating kids”.