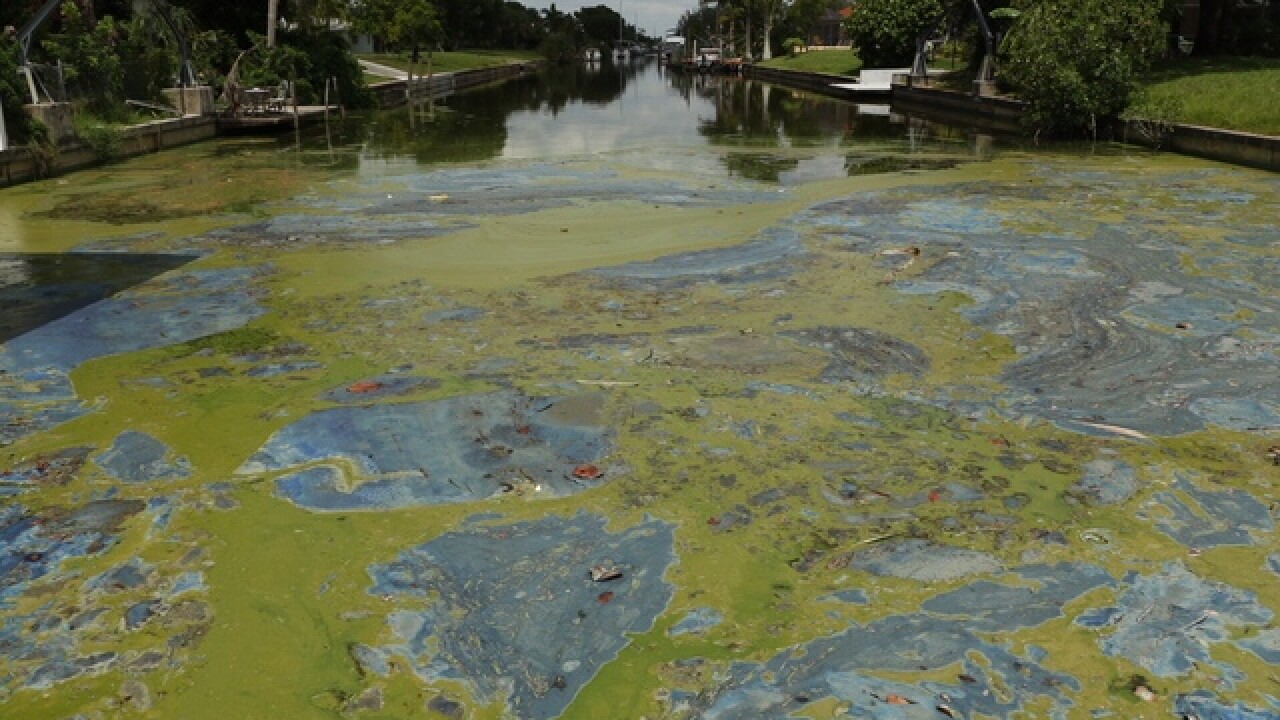 Copyright 2018 Scripps Media, Inc. All rights reserved. This material may not be published, broadcast, rewritten, or redistributed.
Curt Tremper
<p>Blue-green algae in a Cape Coral canal on July 9, 2018.</p> 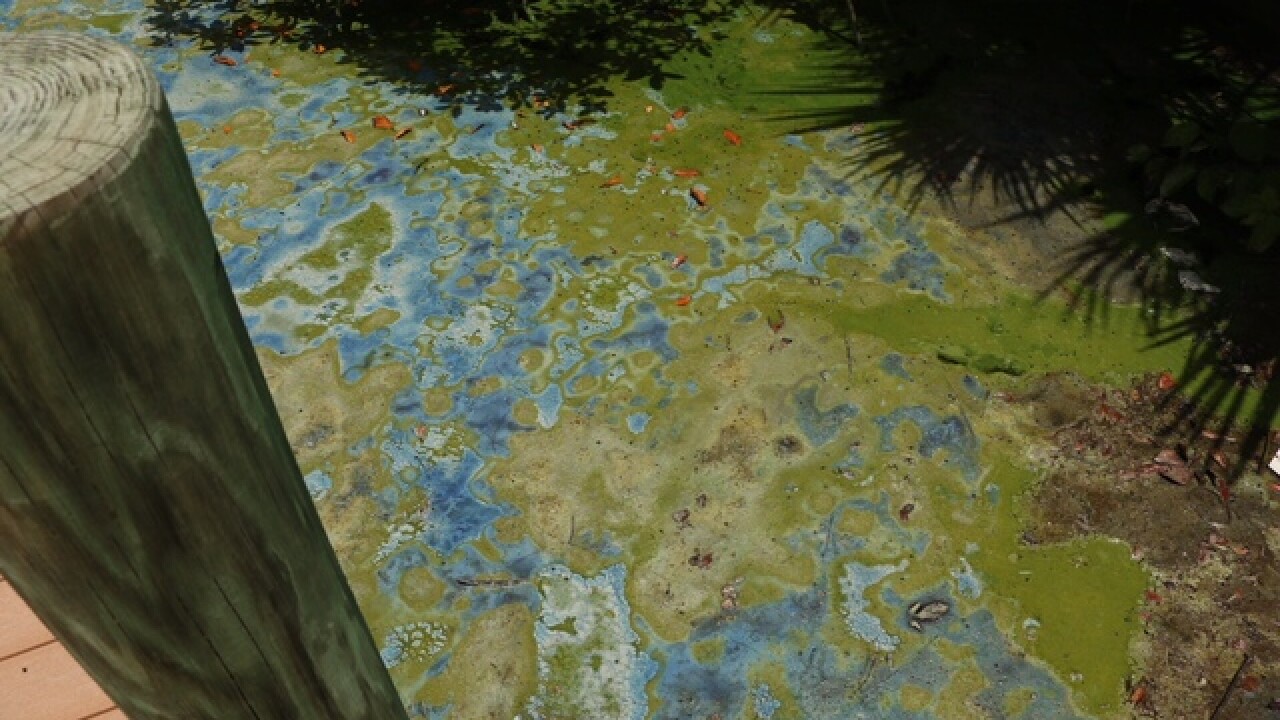 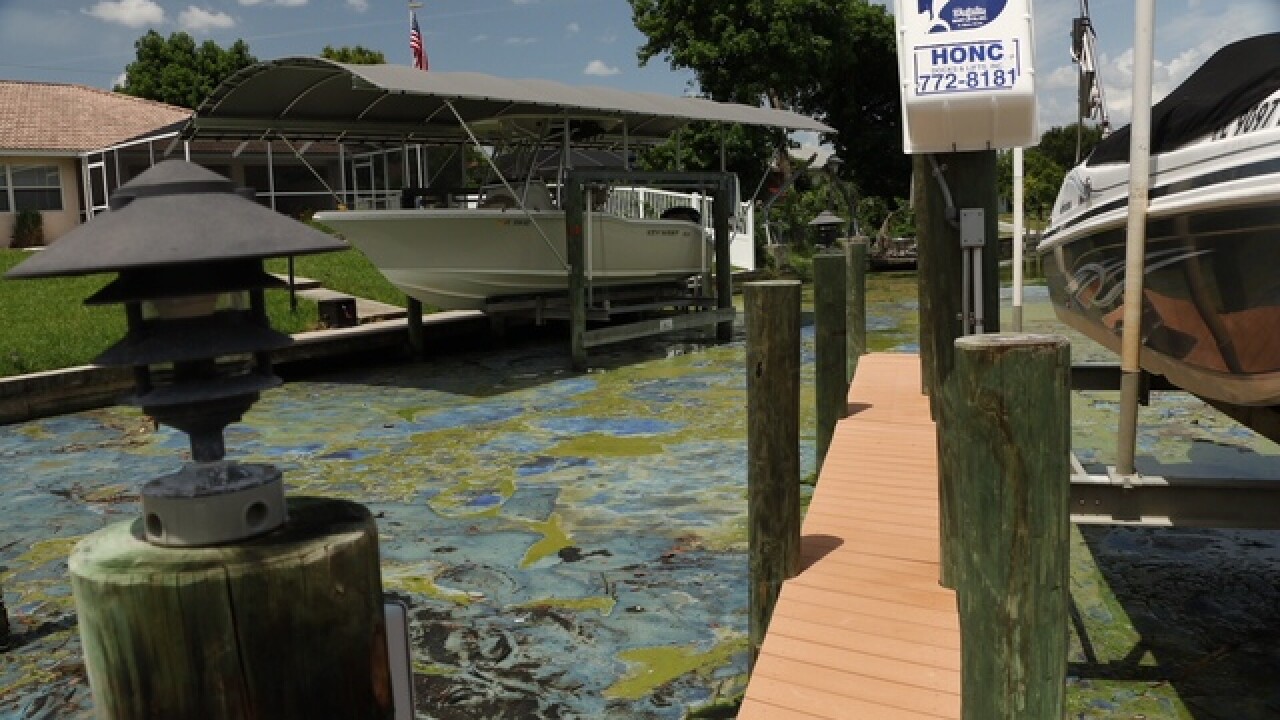 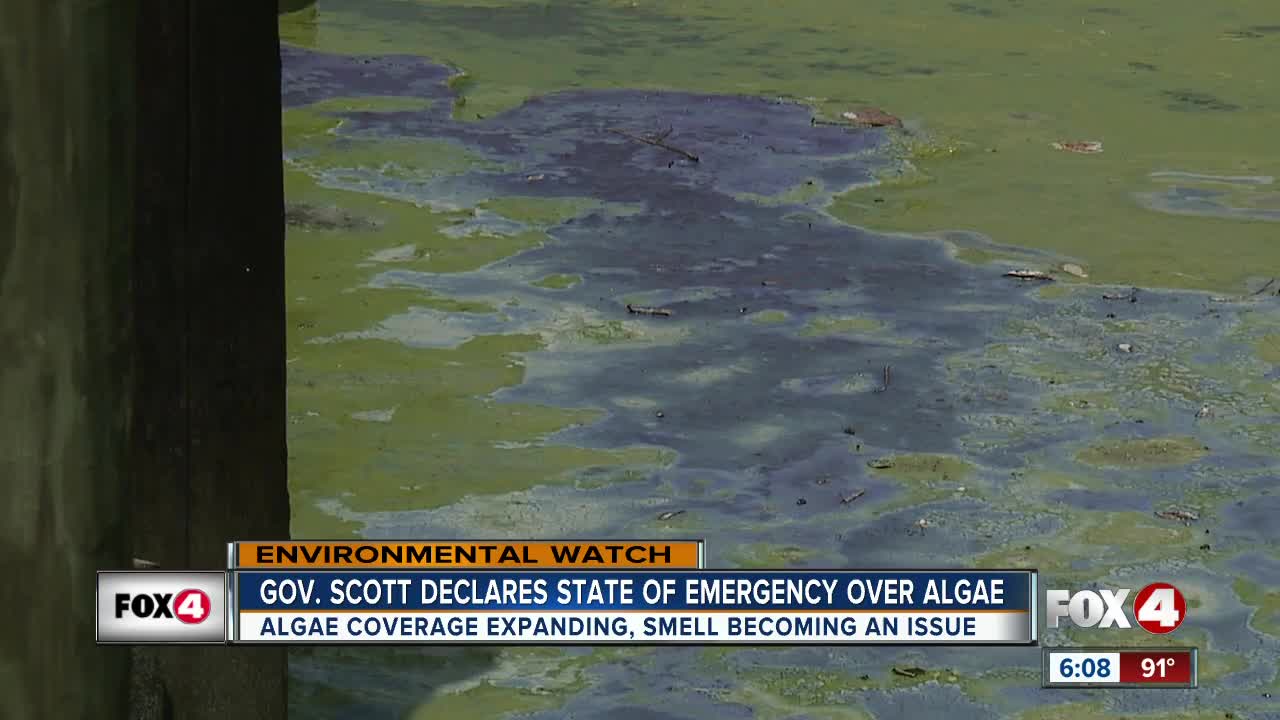 CAPE CORAL, Fla. -- Cape Coral residents dealing with foul-smelling algae in their canals hope a declared state of emergency will help clean up their area.

4 In Your Corner visited residents along the Coral Pointe canal, Monday. Thick blue-green algae was seen on the surface of the water. Neighbors said the algae is killing animals and attracting thousands of flies.

The smell was so foul, some seasonal residents are deciding to leave early this year. "Right now, the smell is atrocious. It's like being in the middle of a pig or cattle farm," said Dawn Walker. "We were planning on leaving but we're actually leaving early because the smell is that strong."

The Coral Pointe Canal isn't far from where Governor Rick Scott caught a glimpse of the algae himself, Monday morning. After a boat tour on Cape Coral's waters, the governor said he would declare a state of emergency.

For residents living on algae-filled canals, the state of emergency could help. The declaration directs the Department of Environmental Protection to give grants to local governments with funding to contract cleanup services. It also directs the DEP to dedicate more staff to sample and test affected waters.

Additionally, the declaration will direct agencies to find more storage for water from Lake Okeechobee.

Clean water activist John Heim tells 4 In Your Corner damage has already been done. Two summers ago, Governor Scott declared a State of Emergency for the same problem. Heim says it's time to treat the problem at it's source. "The way I feel is it's a little too much too late," he said. "What really is needed is cleansing components and treatment measures."

You can read the full declaration and it's components here.