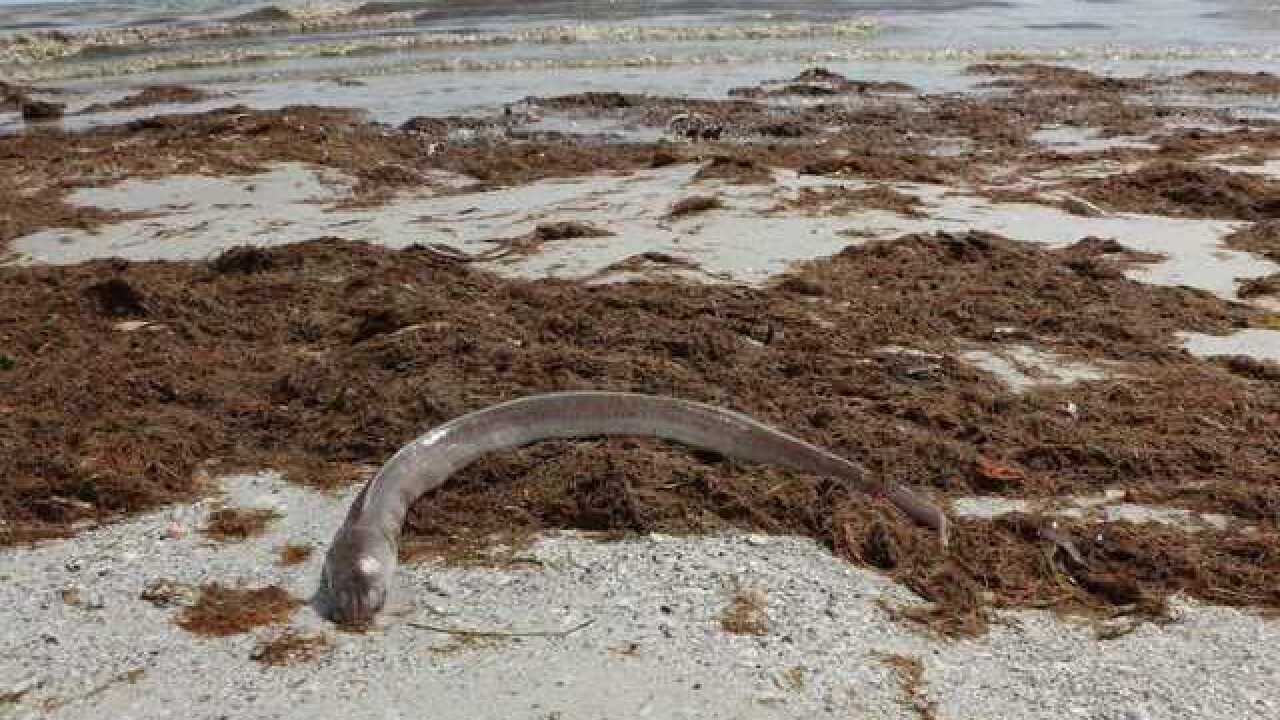 Copyright 2018 Scripps Media, Inc. All rights reserved. This material may not be published, broadcast, rewritten, or redistributed.
Curt Tremper
<p>Dead fish on the beach and in the water around Fort Myers Beach on July 29, 2018.</p>

SANIBEL, Fla.-- The City of Sanibel is conducting fish kill clean-ups due to the spike of dead sea life along the beaches.

The city announced the move in a press release stating the clean-ups started on Saturday along the gulf and bay sides of Sanibel.

The release noted the city is working on a plan to also remove dead sea life from the canals where dead fish have also piled up.

The city also warned residents that a large portion of the dead fish are catfish which can be dangerous.
Beachgoers should avoid touching or stepping on a catfish's fins which have sharp and venomous spines.

Private property owners are authorized to clean-up dead sea life from their own beaches and can dispose of the trash in their own commercial dumpsters.

An email is listed below for any residents who need help to remove large sea life that can't be removed by hand. The city has asked residents to include a picture and address with the email: j.zimomra@mysanibel.com